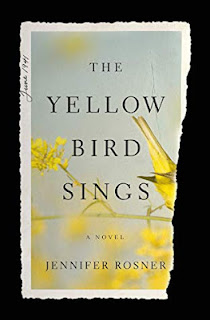 In Poland, as World War II rages, a mother hides with her young daughter, a musical prodigy whose slightest sound may cost them their lives.

As Nazi soldiers round up the Jews in their town, Róża and her 5-year-old daughter, Shira, flee, seeking shelter in a neighbor’s barn. Hidden in the hayloft day and night, Shira struggles to stay still and quiet, as music pulses through her and the farmyard outside beckons. To soothe her daughter and pass the time, Róża tells her a story about a girl in an enchanted garden:

The girl is forbidden from making a sound, so the yellow bird sings. He sings whatever the girl composes in her head: high-pitched trills of piccolo; low-throated growls of contrabassoon. Music helps the flowers bloom.

In this make-believe world, Róża can shield Shira from the horrors that surround them. But the day comes when their haven is no longer safe, and Róża must make an impossible choice: whether to keep Shira by her side or give her the chance to survive apart.

Inspired by the true stories of Jewish children hidden during World War II, Jennifer Rosner’s debut is a breathtaking novel about the unbreakable bond between a mother and a daughter. Beautiful and riveting, The Yellow Bird Sings is a testament to the triumph of hope—a whispered story, a bird’s song—in even the darkest of times.
My Thoughts…
I cannot even imagine having to hide yourself and your young daughter from the horrors of war.    Roza is that mother, she must protect Shira with all that she has and keep her safe from what would be a horrific death if the Nazi’s found her.     As the war continues, their safety is put at risk and a decision to let Shira go with another woman to keep her safe must be made.   My heart broke, I had tears at Roza letting her daughter go but also at what Roza must now endure to keep herself safe so that she can find her way back to her daughter.
I have read many books set during WWII.   I enjoy finding new views, new stories to learn, and new characters to feel for.   Roza and Shira are mother and daughter.   They struggle during the war together and apart, the keep the hope alive that they will find each other again, and they both manage to find a life to live after the war is over. 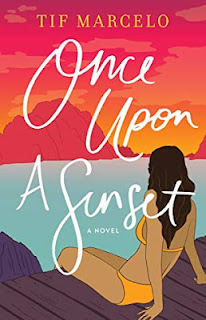 Diana Gallagher-Cary is at a tipping point. As a Washington, DC, OB/GYN at a prestigious hospital, she uses her career to distract herself from her grief over her granny’s death and her breakup from her long-term boyfriend after her free-spirited mother moves in with her. But when she makes a medical decision that disparages the hospital, she is forced to go on a short sabbatical.

Never one to wallow, Diana decides to use the break to put order in her life, when her mother, Margo, stumbles upon a box of letters from her grandfather, Antonio Cruz, to her grandmother from the 1940s. The two women always believed that Antonio died in World War II, but the letters reveal otherwise. When they learn that he lived through the war, and that they have surviving relatives in the Philippines, Diana becomes determined to connect with the family that she never knew existed, though Margo refuses to face her history. But Diana pushes on, and heads on a once-in-a-lifetime trip that challenges her identity, family history, and her idea of romantic love that could change her life forever.

Infused with Tif Marcelo’s signature “sexy, adorable, and heartfelt” (Kate Meader, USA TODAY bestselling author) voice, Once Upon a Sunset is a moving and lyrical celebration of love, family, and second chances.
My Thoughts…
Two strong, independent, successful women have their lives turned upside down and travel to the Philippines with the hopes of finding relatives that they never knew they had.    Diana and Margo have a wonderful and realistic daughter/mother relationship.   While Diana works as an OBGYN, coming home to her dog and a house under renovations, Margo is retired and has many followers on Instagram.    They live together, argue like mother/daughters do, but they also support and love each other without any questions.
As Diana follows her heart and tries to learn more about a grandfather she never knew she ends up learning more about herself.   She opens herself up to new adventures, new family members, and new relationships.   Diana doesn’t push the friends she has away, she instead embraces their support and looks to them for advice as she moves forward in her life.   I am in awe of how strong she is, even when she is stumbling, and how much she is willing to push herself out of her comfort zone to find the answers that she really wants.
Margo is more cautious.   While she lives a fun retired lifestyle, she is cautious about opening up a history that is not what she expected or was told.    She is not sure that knowing about her father, who she was told died long before he did, is something that she is willing to open her heart to.   Her amazing friends, who are working on their combined bucket-list, support her and push her to find out about her past and be there for her daughter.
Once Upon a Sunset is the second book by Tif Marcelo that I have read and I am excited to see what she writes next.   With each of her books I have met amazing characters, been introduced to wonderful settings, and read a perfect story. 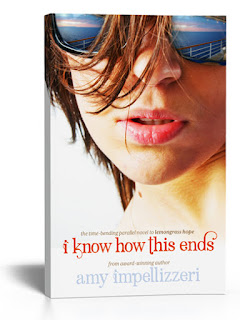 What if you finally stop running away from the story you were always meant to tell?

From the award-winning Author of LEMONGRASS HOPE comes the highly anticipated follow up Novel, I KNOW HOW THIS ENDS.

In the spring of 2020, an ambitious journalist, Rory Garcia, gets detoured on her way to a protest at New York City Hall, and stumbles upon the commencement ceremony of a very special class, composed completely of 37 students born to women who were pregnant on 9/11. They are, in fact, the very first graduating high school class of true 9/11 survivors.

Valedictorian, Hope Campton, is scheduled to give the commencement speech for the class at Carnegie Hall, but delays and absences threaten to ruin the day. While Rory is waiting, a mysterious stranger tells her a time-bending tale about epic love, loss, and sacrifice, and suddenly the story Rory thinks she is covering only from the outside becomes so much more.
Take the "Did that just happen?" from Life of Pi and splice it with the parallel lives and loves Gwyneth Paltrow faced in Sliding Doors, add some ghosts of Sophie's Choice and you've got I KNOW HOW THIS ENDS, but you won't ...even when you get there.
My Thoughts…
Time traveling is an interesting topic that’s been written about many times.   Amy Impellizzeri has written her own twist on time travel with some intriguing characters and interesting twists.    She takes two people who seem to be meant to be together and puts them on unique paths.   They are together, they love each other, and have a child together.
At the graduation ceremony for the 9/11 students, Rory who is a reporter meets a stranger that weaves an interesting tale.   She tells the story of Ian and Kate.   How their love developed, the trials that they went through, and the lengths they went to for each other.    I was entirely enthralled hearing her tell their tale and the questions that Rory asked.   Sometimes the questions were answered in riddles but other times the answers were so truthful that I had to take a second and think about what I had just learned about two people who I believe are true soul mates.
I did not read Lemongrass Hope and maybe I should have first.    There were a few times that I felt a little confused, but I quickly put the story together and anxiously continued reading.     I looked forward to my reading time as I was invested in the story and the characters.  I enjoyed that Ian, Kate, Rory, Hope, and Dee all were able to share their perspectives as to their own stories.   It was easy to follow and fun to learn about their present and past stories.
I would recommend picking up your own copy of I Know How This Ends. 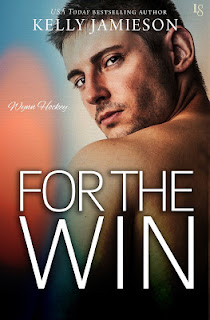 Harrison Wynn
Even though I’m the oldest player on the farm team, I’m playing my heart out this year to prove that I have what it takes to compete in the NHL.
Everyone expects me to live up to my dying hockey hero dad’s legacy, but my chances are receding every season.
What I need is to focus, but the team’s new yoga instructor is a major distraction; I’ve had my eye on her from the first time we met.
Except she’s not interested—okay, maybe actively disinterested—since I accidentally dumped her into the ocean during our paddleboard yoga class.
How can I prove to her—and to the NHL—that I’m worth taking a chance on?

Arya Ross
Men are the last thing I need in my life.
Yoga is my priority; it helps me center myself and heal my soul.
But I can’t turn down the once-in-a-lifetime offer to be the personal yoga instructor for the local hockey team.
Sure, there are some cute players—including Harrison Wynn, who seemingly won’t take no for an answer, and whose boyish smile and sexy charm are hard to resist.
He seems genuine, and I wonder . . .
Can I put my past behind me to start a future with him?
My Thoughts…
I love a fun and easy sports book.  Kelly Jamieson has the talent for writing them.    For The Win is a story of a farm team hockey player who is trying to live up to his superstar hockey player dad’s legacy.    I live in a town with a farm team that sends players back and forth to the NFL and I know some of the players so I could picture some of our local players going through exactly what Harrison is.
Harrison must learn to accept that he is talented in his own right and does not have to play hockey just as his dad did for his dad to be proud of him.    He must learn how to be comfortable with his own skill level, learn what he does best, and put that to work on the ice.   I enjoyed watching him find himself and I knew that when he finally did, he would be a better, happier person.
The relationship between Harrison and Arya is interesting.   Harrison acts like a school boy to get her attention, she pretends that she doesn’t like him.   It was all fun to watch come together.    I like that Harrison doesn’t push too much.  He feels that something isn’t quite okay with Ayra and doesn’t push her to tell him what is going on.   Ayra is careful and not sure that Harrison is trustworthy.  She takes her time, learns more about him, and comes to trust him.
From the very first meeting the sparks flew between these two and I loved watching the sparks get hotter and brighter.    They has an attraction that was there but more importantly they knew that what they saw in each other was different that anything they had seen before.   Harrison opened up to her first which I think was important to Ayra and allowed her to see that he respected her and trusted her.
For a quick, easy, and fun sports book I recommend picking up For The Win by Kelly Jamieson
Posted by A Soccer Mom's Book Blog at 6:00 AM