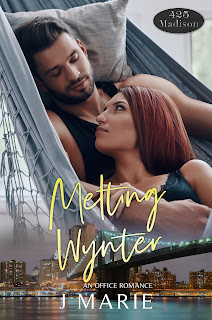 Okay, so I might have a few playboy like tendencies. That tends to happen when you fall in love and don't end up with the happily ever after of your dreams. I built a wall around my heart and decided to have a little fun instead.

Now, I've found myself falling for the ice queen herself. Did I mention that she's also my editor-in-chief?

She's not interested in me or being an us, but when our best friends start dating, we can no longer escape our insecurities or the fire burning between us.

I guess I'm just going to have to turn up the heat and melt her heart.

I've got the perfect job, an apartment in NYC's elite 425 Madison high rise and life as I know is great.

If there's one thing I've learned over the years, it's that people are fickle and love isn't always permanent. I'm the only one I can always count on, well except for my best friend Addison.

I had a plan to protect my heart. That was, until Weston - the cocky columnist who works for me...in more ways than one.

Can we really break down our own barriers or will our destiny go up in flames? We're about to find out.

Weston and Wynter are the main characters in Melting Wynter.  I enjoyed that Wynter was the one fighting the relationship and keeping the ice built up around her heart while Weston was opening his heart and working hard to melt that ice.    He even went so far as to call her the ice princess.  As Weston melted Wynter’s heart, she also realized that by letting people into her life she was happier and more likable.

I recommend Melting Wynter by J. Marie and the entire 425 Madison Series. 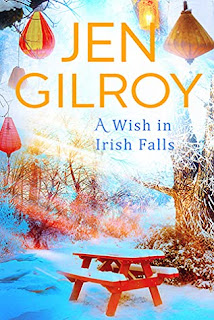 When you wish on a wishing tree, you don’t always get what you want. If you’re very lucky, you get something even better . . .When Tara Lynch’s husband was killed on military duty, her happily ever after died too. Although she still wishes on her hometown wishing tree, she’s no longer certain it makes dreams come true. All Tara wants is to somehow move forward without the love and family of her own she’d counted on.Walker Cavanagh’s the new veterinarian in town. After his fiancée’s death in a car accident he’s sure was his fault, he won’t get close to another woman to get hurt, or hurt her. As for wishes, they won’t bring back his lost love.Yet, as Tara and Walker work together on a fundraising event to train service dogs for veterans, they find they have more in common than they think—and are soon more than a little hot and bothered.With some wishing tree magic, can Tara and Walker face their biggest fears and open their hearts to each other . . . and find a new beginning in Irish Falls?

I want my community to have a wishing tree.   A place to write down my hopes, dreams, and wishes all while staying anonymous.   The tree is a place to have dreams, to hope for a better future, and to wish for love and happiness.

The story of Tara and Walker is fun to read.   The characters are realistic with lives that real people could live.    Walker has been burned by his fiancée’s death and fears that the reason for her death is all his fault.   This breaks my heart.  Walker has so much love to give to just the right person and Tara is that person.      Tara has also lost someone important to her but does not blame herself for his death.    Walker is just the person to let Tara’s heart open up and learn to love again.

Everything about A Wish in Irish Falls is wonderful.   The small-town setting, the gossip and protective community, and the wishing tree bringing hope to Tara and Walker.

I recommend picking up your own copy and enjoying this sweet and loving story. 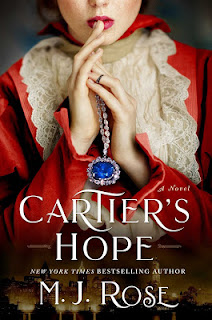 New York, 1910: A city of magnificent skyscrapers and winding subways, where poor immigrants are crammed into tenements while millionaires thrive in Fifth Avenue mansions. Vera Garland is a thirty-two-year-old journalist, fighting alongside hundreds of women for a place in society, only to meet hurdles around every turn. Most female journalists are delegated to the fashion and lifestyle pages but like her hero, Nellie Bly, Vera is a fighter.When news of the Hope Diamond—a jewel whose infamous legends and curses have captured the world’s attention—arrives in the city, Vera is fast on its trail. She’s certain the fabulous jewel will help jumpstart her career but she’s determined to seek revenge against her current employer, a magazine owner whose greed and blackmailing schemes led to the death of her beloved father.Set against the backdrop of New York’s glitter and grit, this enchanting historical novel explores the very human desire for truth, equality, and retribution.