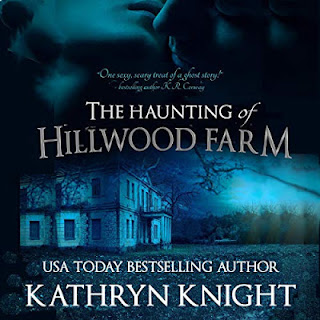 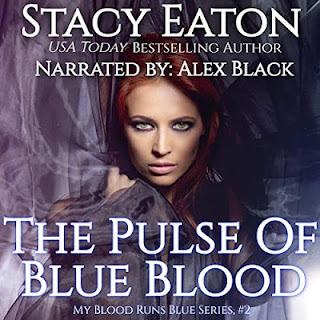 In My Blood Runs Blue, you were introduced to Kristin, Julian, and Alexander, and you also learned a little about Calista.

Now take a trip back in time to learn more about the decisions that Calista made in her choice between Julian and Alexander.

Learn about her relationship with Julian, and why you choose Alexander at the end of My Blood Runs Blue. You’ll also learn the way she caused her untimely death.

My Blood Runs Blue Series is an adult paranormal action/romance series and is intended for mature audiences.

I had never read or listened to anything Stacy Eaton had written before I started this series and now, I am addicted.   Yes, this is only book 1.5 but I am already craving book 2.      Calista is a character with spunk, with emotion, and with heat that pulled me in as she found her way in life.  She made decisions that made me cringe, she did things that made me respect her, and she had a way of making me just want the best for her.    I knew how this book would end since I had already listened to the first book and this was a prequel to book 1 but made to be listened to after book one.

The narrator that Stacy choose were perfect.   He brought this short but powerful story to life with their tones.  I could feel the attractions, the emotions, and the fear as the story was read to me.   I enjoyed that this story was told by a male narrator even though the character was a female.

Of course, you need to start with book one, My Blood Runs Blue, and then continue on with The Pulse of Blue Blood.  But I can guarantee it will be time well spent listening to this wonderful paranormal story.

Purchase your own copy on Audible, or Amazon 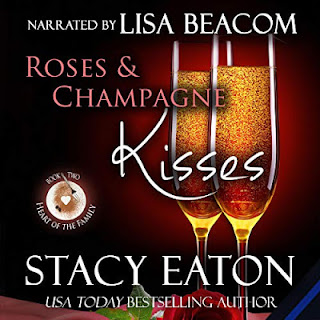 Finley Parker loves working in catering but hates her boss and her life in Middletown. When Robin Landry steals her away to work for Heart of the Family Catering in Cricklewood Cove, Finley is ready to cook up a new life.

An accident in the kitchen finds Robin laid up and Finley must take over the planning of a wedding for a nightmare bride. It doesn't help that sitting beside the spoiled woman is a tempting and tasty morsel of a man.

Roan Waterman is ready to take on life again after six years of mourning his wife. With his son about to head to college, Roan is looking for a woman to build a new life and his eyes are set on Finley.

Misunderstandings, overheard secrets, and a major surprise from Finley's past will keep these two on their toes as they prepare for the upcoming wedding.

Audiobook Review…I usually listen to books that I have read before so that I am familiar with the story.   I have not read Roses & Champagne so this was a new-to-me story.   Lisa Beacom did an amazing job of telling Stacy Eaton’s story and making it come alive as I listened.

eBook Review…Love, friendships, new opportunities are some of the amazing storylines woven together to make one amazing book.  Abuse, death, and cheating are also found within the story but they are written in with care and respect.    The difficult topics make good things even more wonderful.

Finley is a tough character.   She is all woman but she doesn’t need a man.   She does not even want a man but she has one.   She has Roan, whether she wants him or not.    Roan, he is all man.  Tough, sexy, protective, and alpha.   When life gets complicated for Finley, Roan steps in to keep her safe and of course falls in love with her.   I loved this.   They both needed someone in their lives who would respect and love them for who they were.  Both Finely and Roan had pasts that were holding them back and they needed to be able to get past that to find their HEA.    Together they showed that anything was possible and that all they needed was a good person in their life to make their world better.

Add Roses and Champagne to your MUST-READ list on Goodreads

Purchase your own copy on Amazon or Audible 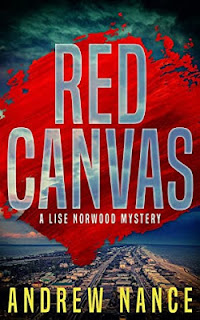 In the seaside city of San Marco, Florida, private investigator Lise Norwood spends her days serving papers and her nights spying on cheating spouses. An odd career choice for a woman who studied art history while a student at San Marco University. When local police ask her to consult on a murder case in which the victim was posed to resemble a classic Greek sculpture, Lise dusts off her art history degree and joins the task force.As the artistic madman known as Michelangelo continues to use the bodies of his victims to copy more works of art, Lise starts her own investigation into the gruesome killings. Homicide detectives accuse her of overstepping her role as consultant and she’s fired from the case, which only spurs her to dig deeper. Her inquiries take an ugly and personal turn when she learns that Michelangelo has chosen her to be his next bloody masterpiece.
My Thoughts...A man who is killing woman and posing them after works of art is targeting Lise.  As Lise helps the police in their investigation, she cannot help but think that Michelangelo might be someone she knows.    I really enjoyed figuring out how her brain was working.   She took clues, made them make sense, and was able to put together a who-dun-it.   She was not always right, but her reasoning made sense and she stayed true to who she thought Michelangelo was until it was proven she was wrong.     Lise had knowledge, skills, and the ability to think outside the box.

I loved seeing how the case would unfold and how the clues all came together.   Andrew Nance did an amazing job of telling a story that stayed true to police work, kept the clues coming while not giving away the who-dun-it, and keeping the storyline intriguing.    I felt that the characters were realistic and easy to like.  The storyline moved quick enough to keep my interested but gave enough detail that I was able to make my own guesses that were not always right but were not way off course either.

** Thank you Red Adept Publishing for a copy of the book in exchange for my honest review.