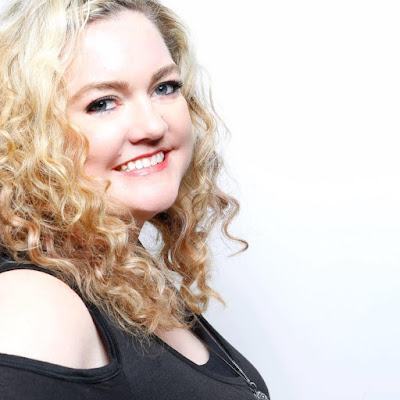 Q&A with Author Colleen Hoover
You have written in many different genres and always keep your fans wanting more. For Layla, you are dipping your toes into a paranormal story that has lots of secrets. How do you describe Layla without giving anything away? #spoilerfreezone
What is supposed to be a short, romantic getaway for new couple Leeds and Layla turns into an extended vacation full of bizarre occurrences. But no matter how much Layla wants to leave, Leeds is more focused on finding answers for the unexplainable.
The paranormal elements in your story are faint...just a whisper...until they take over. What was it like adding another worldly twist to your writing for the first time?
It was HARD. Super hard. I love using my imagination, but I also love realistic stories, so I found myself trying to pull back on things I didn’t feel were realistic. But then it got a lot easier when I decided to just make Leeds’s reactions sort of mirror what I would do orsay in those early moments. I put a lot of my own thoughts in Leeds’s character. He finds it hard to explain some of the things that happen, so his reactions are probably what my reactions would be at first. Until there was no room left for doubt, anyway. Then his actions veer very far from what mine would have been.
Love-at-first-sight is such a mundane phrase for what these two share. Their passionate relationship seems to move in fast-forward. What is it about these characters that make their connection so instantaneous?
I knew where the story was going to go, so I needed their meet-cute to be believable, fun, and I wanted them to be a couple readers would root for. I probably rewrote that first chapter dozens of times,but I focused mainly on their banter. Sometimes we meet people we instantly click with on so many different levels. Leeds and Layla clicked with their sarcasm, their humor, their taste in music. And she read him without even knowing him. To Leeds that was special. I think he felt seen in a world where he’s often overlooked.
It becomes somewhat of an inside joke between your couple that, before Layla, Leeds’ always wore a look like he was“dying inside.” The truth is that he was deeply unhappy before meeting Layla. How does she change his life?
Leeds is lonely and holding back on his dreams because of doubts. Leeds sees something different in Layla. She’s carefree, fun and gives him confidence to follow his dreams. In a sense, I think she’s his missing puzzle piece. She fills the parts of him that are empty.
Before Leeds, Layla doesn’t have a real direction in her life. What does this romance provide to her and why is she so grateful to have found her hero?
Layla is fresh out of college, living with her parents and unemployed. Leeds’s career gives her focus, and being with him inTennessee got her out of a place where she probably felt useless and unproductive.
Can readers expect more paranormal elements in your books moving forward?
I’ll never say never! 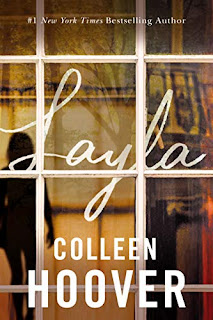 Summary
When Leeds meets Layla, he’s convinced he’ll spend the rest of his life with her—until an unexpected attack leaves Layla fighting for her life. After weeks in the hospital, Layla recovers physically, but the emotional and mental scarring has altered the woman Leeds fell in love with. In order to put their relationship back on track, Leeds whisks Layla away to the bed-and-breakfast where they first met. Once they arrive, Layla’s behavior takes a bizarre turn. And that’s just one of many inexplicable occurrences.
Feeling distant from Layla, Leeds soon finds solace in Willow—another guest of the B&B with whom he forms a connection through their shared concerns. As his curiosity for Willow grows, his decision to help her find answers puts him in direct conflict with Layla’s well-being. Leeds soon realizes he has to make a choice because he can’t help both of them. But if he makes the wrong choice, it could be detrimental for all of them.

Colleen Hoover is an author that I have read and enjoyed in the past.   Layla is her first book into the paranormal world, and I could not wait to get my copy and dive right into the story.

Layla is the story of two people who meet, fall in love, and then disaster hits.   Leeds takes Layla back to the place where they first met and fell in love with hopes that it will strengthen their relationship and help Layla heal.   I love how attentive and protective Leed is.   No matter what was happening and who wants to help, Leed’s first thought was always on what was best for Layla.   He wants her to get better, he wants her to be more of her old self, and he wants to be the one to help her get there.

The twist of Willow, the ghost, living in the same place that they fell in love was interesting.   I kept reading the story in hopes that I could figure out Willow’s past and what Leed would need to do to help her be at peace.   I never guessed at where the story would go.

The twists, the turns, the ups, and the downs were amazing.   Colleen Hoovers first attempt at paranormal is a winner in my opinion.   I recommend picking up your own copy, meet Layla, Leed, and Willow, and enjoy their story.

Author Biography
Colleen Hoover is the #1 New York Times bestselling author of several novels, including the bestselling women’s fiction novel It Ends with Us and the bestselling psychological thriller Verity. She has won the Goodreads Choice Award for Best Romance three years in a row—for Confess (2015), It Ends with Us (2016), and Without Merit (2017). Confess was adapted into a seven-episode online series. In 2015, Hoover and her family founded the Bookworm Box, a bookstore and monthly subscription service that offers signed novels donated by authors. All profits go to various charities each month to help those in need. Hoover lives in Texas with her husband and their three boys.
Social Media Links
Website: http://www.colleenhoover.com/
Facebook: https://www.facebook.com/AuthorColleenHoover/
Twitter: https://twitter.com/colleenhoover
Goodreads: https://www.goodreads.com/author/show/5430144.Colleen_Hoover
a Rafflecopter giveaway
Posted by A Soccer Mom's Book Blog at 12:00 PM