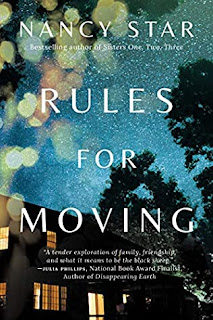 From bestselling author Nancy Star comes a deeply moving novel about the truths we hide from others and the lies we tell ourselves.
To the outside world, beloved advice columnist Lane Meckler has all the answers. What no one knows is that she also has a secret: her life is a disaster, and it’s just gotten worse. Her husband, whom she was planning to leave, has died in a freak accident. Her six-year-old son, Henry, has stopped speaking to everyone but her. Lane’s solution? Move. Growing up, that was what her family did best.
But when she and Henry pack up and leave, Lane realizes that their next home is no better, and she finally begins to ask herself some hard questions. What made her family move so often? Why has she always felt like an outsider? How can she get Henry to speak?
On a journey to help her son find his voice, Lane discovers that somewhere along the way she lost her own. If she wants to help him, she’ll need to find the courage to face the past and to speak the truth she’s been hiding from for years.
My Thoughts…
From the very beginning I could tell that there were many layers to this story.   Each layer seems to play into another layer and as those layers start coming apart there are many ah-huh moments.    For some reason, with this story I did not try to solve the story.  I let Nancy Star tell the story and I happily followed along with it.   There were times that I was surprised at where I was taken and times that I was shocked that I did not see what was happening coming.
Henry was “the character” for me.  I loved that he got his own voice and got to tell his story from his own point of view.   The misuse of words was perfect for his age, the following the rules was true to a young child, and the love he felt for his mother made my heart full.    Henry had an interesting story to tell and an interesting perspective on many adult issues.   He took things his own way, handled them the only way he could, and was still a lovable, fun little boy.
Rules for Moving is my first book by Nancy Star and I will be looking forward to more from her.
** Thank you Ashley Vanicek at Amazon Publishing and NetGalley for a copy of the book in exchange for my honest review. 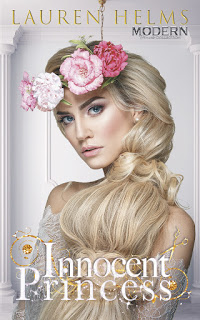 Zella
This year is all about discovering who I really am.
A roadtrip to a place seven hundred miles away, might not seem like much, but to me it means freedom.
I set out looking for adventure, I never expected Ryker would help me find it.
Ryker
I'm no prince charming, but I may just be her knight in shining armor.
First, captivated by her ridiculously long blonde hair, I soon find out there is so much more to Zella then her hypnotizing locks.
Turns out those hacking skills I've been practicing are about to come in handy.
A straight-laced princess meets a bad boy is this modern fairy-tale retelling full of first love, music, and just a little illegal hacking.
My Thoughts…
A girl sheltered her entire life, heads to college with her best friend.   She stays pretty calm while adjusting to college life.   She doesn’t go crazy with partying, drinking, or just doing wild things with her new found freedom.   Instead, she meets the bad boy on campus, tries to help him pass his classes, and falls in love with him.
I love Zella’s bucket list.   Go bowling, cut her hair, color her hair, get a tattoo… these all seem like things every teenager gets to do.   Ryker jumps right on board with helping her cross things off her list and adds new things to her list.    These two were fun.   They lived such different lives, but they enjoyed each other, complimented each other, and helped each other find the balance their lives needed.     Zella embraced her naivety while Ryker did not hide his wild side.
Innocent Princess is a fun young love story and the perfect addition to the Modern Princess Collection. 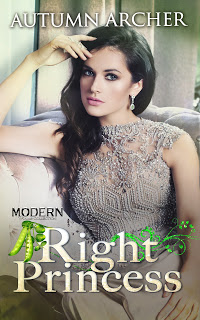 Ada is the daughter of jewelery designer royalty. An age-old contract stipulates that as she is the next in line to take over the family legacy, she must marry wealth. Ada goes to Camelot for both education & to find a suitor. She attends incognito as doesn't want people to know who she is.
Theo Hunter is the bar manager of The Reef and becomes her best friend. They do everything together. He dates a string of women bc he can’t find the right girl... even though he knows Ada is that girl ... but she’s infatuated with her roomie's big brother, Ro Huxley.
Ro Huxley will inherit billions. He’s the captain of the football team and drop-dead gorgeous...the ideal candidate for marriage but is he the right one for Ada?
My Thoughts…
This is the third book in the Modern Princess Collection.   Each book is its own story, the common thread is the location of CamU.   I enjoy reading the Modern Princess Collection and look forward to the next book each time I finish the current one.
I have read the first 2 books and loved them.   This one was not quite as wonderful in my opinion.  Although, others will love it.   I felt like Ada was too undecisive.   She thought her roommates’ brother, Ro, was her true love, she kissed him and felt like all was right in the world.  Then she goes to her best friend Theo and tells him all about it.    The problem?   Theo has feelings for Ada and knows that the roommates’ brother is entirely wrong for her.  There were many times that I wanted to shake Ada, wake her up, and make her realize that Ro was not what he seemed.   Theo was the one for her.  She needed someone to call her out on her mixed-up feelings and make her realize that her soulmate is right in front of her eyes.
I would still recommend reading this series.   They are fun twists with fairytales woven into their story. 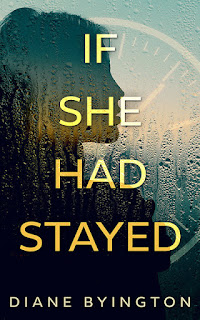 Sometimes the past is better left alone.
Kaley Kline is thrilled to have landed a job as director of the new Tesla Museum in Colorado Springs. To make the museum successful, she searches for undiscovered works to display. When she finds an old safe that might have been Tesla’s, she’s shocked to find some diary pages supposedly written by the inventor himself.
Kaley initially thinks either that the journal is a fraud or Tesla was experiencing a nervous breakdown when he wrote it. However, if his experiments were real, the world will never be the same. She decides to secretly build Tesla’s time machine and attempt to go back into her own life to change a decision she has always regretted.
She prepares for a trip to the past, not knowing whether she will electrocute herself or travel back to the Boulder of her sophomore year in college. But an old boyfriend might have hidden some secrets from her—secrets that could have her fighting for her life.
My Thoughts…
Kaley finds the journal of Tesla and instantly decides that she can reenact what Tesla did to time travel.    Once she decides where she is going it is full speed ahead.    I felt like the part leading up to the time travel went slow.   There was a lot of information, a lot of details concerning Tesla that I did not follow or understand but it all led up to a great story of Kaley going back to undo a wrong that led to someone she cares for getting hurt.
Diane Byington told a story that made me stop and think about what I would change it I could time travel.   Would it change my future?  Make my life better?
If you are looking for a fun book to read If She Had Stayed is a book I’d recommend.    I’ve read both of her books and enjoyed them both.
** Thank you Red Adept Publishing for a copy of the book in exchange for an honest review.
Add to your MUST-READ list on Goodreads
Purchase your own copy on Amazon or Barnes and Noble

Inspired by the true story of a daring deception that plunges a courageous young woman deep into the horrors of a Nazi POW camp to be with the man she loves.

In the dead of night, a Czech farm girl and a British soldier travel through the countryside. Izabela and prisoner of war Bill have secretly married and are on the run, with Izzy dressed as a man. The young husband and wife evade capture for as long as possible--until they are cornered by Nazi soldiers with tracking dogs.

Izzy's disguise works. The couple are assumed to be escaped British soldiers and transported to a POW camp. However, their ordeal has just begun, as they face appalling living conditions and the constant fear of Izzy's exposure. But in the midst of danger and deprivation comes hope, for the young couple are befriended by a small group of fellow prisoners. These men become their new family, willing to jeopardize their lives to save Izzy from being discovered and shot.

The Prisoner's Wife tells of an incredible risk, and of how our deepest bonds are tested in desperate times. Bill and Izzy's story is one of love and survival against the darkest odds.
My Thoughts…
I could not stop reading.   The story is set in an era I love but it has the unique twist of being told from a POW, a woman POW.   The even bigger twist is that the woman POW must pretend to be a man for her entire time being in the POW camp.    Can you even imagine all that must entail?  Hiding your womanly shape and features, not growing hair (shaving) as a man would, and dealing with your period when it arrives.    I cannot even imagine all the Izzy went through just to stay alive and with her husband.
The characters of Bill and Izzy were perfect for the story.   They met each other under difficult, to say the least, circumstances.   They fell in love without knowing a lot about each other.  They took risks to stay together and their love grew stronger.    They learned about each other in times that did not allow them to have discussions, to fight and have time to cool off, they had to stay calm and stay together to stay alive.
The Prisoner’s Wife is a phenomenal historical story.   It shows the life POW’s lived, it showed how love can be achieved even during war, and it showed how strong women and men were forced to be just to stay alive during WWII.   I would have loved an epilogue with a glimpse into the future of Mr. and Mrs. Bill King and see how the lived after the war was over.
Add to your MUST-READ list on Goodreads
Purchase your own copy on Amazon or Barnes and Noble