Today we have the cover reveal for TEMPTING TALK by Sara Whitney! Check it out and grab your copy today!

Two more minutes. Two more minutes and she’d be headed out the door. Mabel gathered the stack of ad copy she’d marked up and headed toward the main office, hoping to drop off the paperwork while everybody was gone for lunch. Then it was home to shower and hope for a smoother day tomorrow. When she stepped into the room, however, she was dismayed to discover it wasn’t empty; Jake’s handsome face was furrowed in concentration as he stared at his laptop and rhythmically drummed a pen against the desktop. For one cowardly moment she considered backing out so he wouldn’t spot her, but she must’ve made a noise because his eyes flicked up from the screen and immediately back down. Then his pen-tapping slowed, and he dragged his eyes back up to her face. “Well, hello.” His voice was warm with amusement, and the corners of his eyes crinkled. “Hi.” She pushed confidence she didn’t feel into her voice. Despite radio being, well, radio, she normally put effort into her appearance at work. But that morning, she’d woken in a panic to find that her phone was dead and she had twenty minutes before she was due on air. While her ego could normally absorb a day of roaming the WNCB halls greasy and unshowered, that was before the hottest guy she’d ever met had started balancing the books down the hall from her, all tall and good-smelling. She might not allow herself to date him, but that didn’t mean she’d lost her vanity. When his lips twitched, she groaned. “I know, I know. I’m a walking dumpster fire.” “Did I say anything?” He leaned back and crossed his arms over his chest, one corner of his mouth tilting up as he took in her limp ponytail, her makeup-free face, and worst of all, her sleeping ensemble. “You didn’t have to.” She huffed her way across the room and dropped the stack of papers onto the corner of the desk, cursing herself for not shoving the damn things under the door and running. “I overslept. This is me in my natural state.” She’d burst into the studio with seconds to spare in the shirt she’d slept in, a tiny pair of lime-green running shorts, and battered floral gardening clogs. At least she’d managed to scrounge a clean-ish sports bra from a gym bag in her car to wiggle into at a stoplight. “A Minnesotan, huh?” She plucked at the threadbare Mankato East T-shirt, which featured a cartoonish drawing of her high school’s cougar mascot. “Oh, you betcha.” She hadn’t felt self-conscious all morning, but Jake’s amused scrutiny made her want to squirm. Then again, was she really going to let a lack of mascara hold her back? She was tougher than that. “What, does this not do it for you?” She leaped to her feet, putting her hands on her hips and spinning to give him the full 360-degree view of an outfit that she wouldn’t even wear to the gym on a day when the air conditioning was broken and she was guaranteed not to run into anybody she knew. When she rotated back to face him, his face with alive with interest, his expression the warmest she’d seen since she walked in. And that’s when she became aware of just how short these shorts really were, and how clearly she could see the outline of her hot pink sports bra through the worn cotton of her shirt. His eyes were slow to lift from her legs, and when they did, she held his gaze with a challenging stare, silently begging him to explain why he made her want to break her own “no dating at work” rules.

Sara Whitney writes sassy, sexy contemporary romance novels packed with wit, heat, and heart. A 2019 Romance Writers of America Golden Heart award finalist, Sara worked as a newspaper reporter and film critic before she earned her Ph.D. and landed in academia. She’s a good pinball player, a so-so karaoke singer, and an expert TV opinion-haver. In a funny twist of fate, Sara’s married to a divorce attorney, and she likes to think that her happily-ever-afters help keep their household in balance. She and her husband live in the Midwest surrounded by books, cats, and half-empty coffee cups. Keep up with Sara by subscribing to her mailing list here. 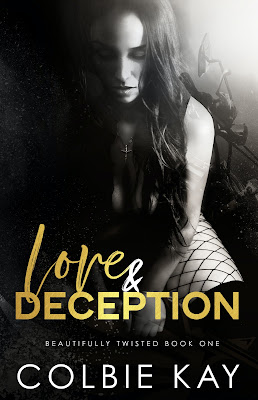 Cody
For as long as I can remember I've had this plan, a goal to become number one in the PBR. I've never let anything or anyone come between me and my dream until that one weekend I had with Sonya Collins. Now, I'm wondering what's more important love or those eight seconds?

Sonya "Shug" Collins
I've always known my place within the M.C. world with the Satan's Sinners, I'm a club whore, it's who I am and all I'll ever be to them. I want more. I don't fantasize about becoming an Ol' Lady. My dream is to escape the life I was born into. What's stopping me? I owe the club and Hanger and until that debt is paid I'm stuck. Or so I thought until that one weekend with Cody Sterling, the bull rider that rode into town and showed me what love could really be like.


Chayser
I'm in love with Shug and she can't even see it. I thought one day she'd open those pretty amber eyes and realize what was in front of her, but Shug's hate for my world runs deep. I watched as he drove away leaving her standing there crying. I'll pick up the pieces that he broke and put her back together. Maybe then she'll love me too. 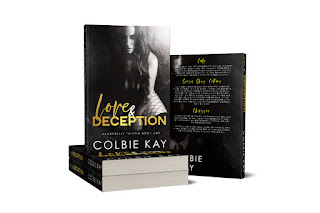 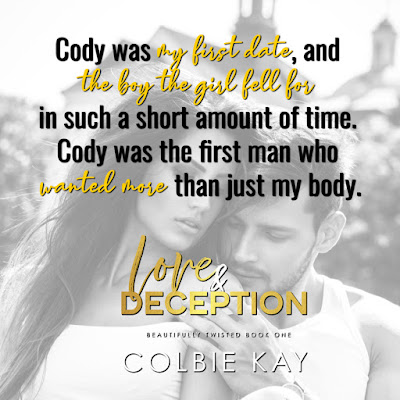 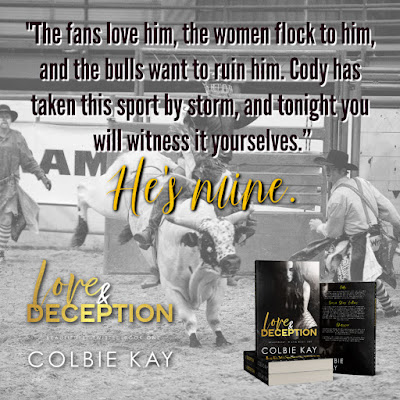 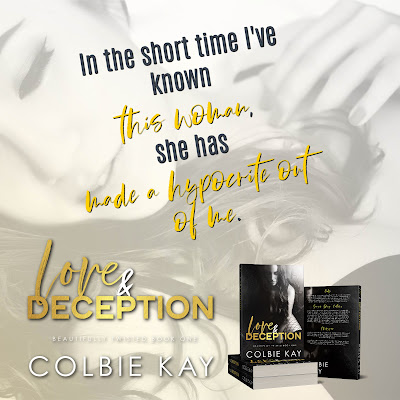 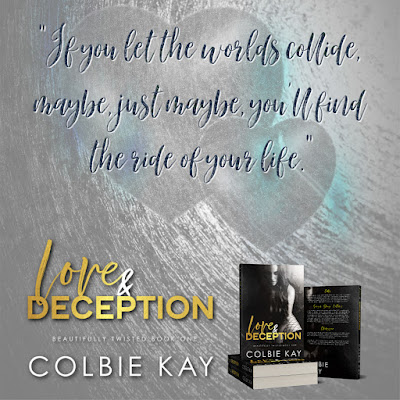 Standalone Books
Wishing in the Dark

Colbie Kay always had a love for reading and wanted to pursue writing. In 2015 she made that dream come true when she published her first book. Since then she has become a stay-at-home mom, writing full-time and bringing her passion to life through the words she creates.


The most fulfilling part of being an author for Colbie is to take readers into a fantasy world between the pages of her books. Becoming an author has also given her the opportunity to fill another passion of hers, which is traveling. She loves being able to attend book signings and meeting everyone that shares her love of books.


Colbie has many more stories to share with you, so be sure to connect with her and keep up with what is coming next. 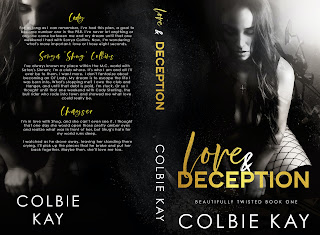 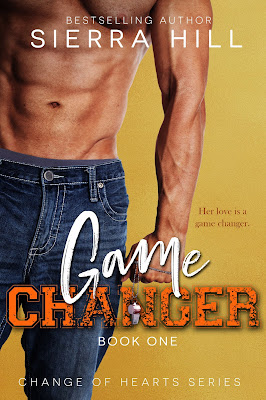 Up until two years ago, I was living large and my life’s priorities were anchored to three things – my NBA stardom, money and celebrity.  I was also a dick.
Until one night turned my world upside down and I suffered unspeakable loss. That event changed the man I was and made me a widowed-single father.
Now I’m a desperate parent trying to raise my special needs son and find him a trustworthy live-in nanny.
Grad student Brooklyn Hayes may be the one, with her single-minded focus on caring for my son and finishing her Master’s degree. She’s the perfect fit for our needs.
Maybe too perfect…with her bright smile, nurturing kindness and gentle touch. Caleb isn’t the only one who’s fallen for her.
I don’t know when or how it happened, but she changed the game for me. Turning my losing streak into a winning second-half. 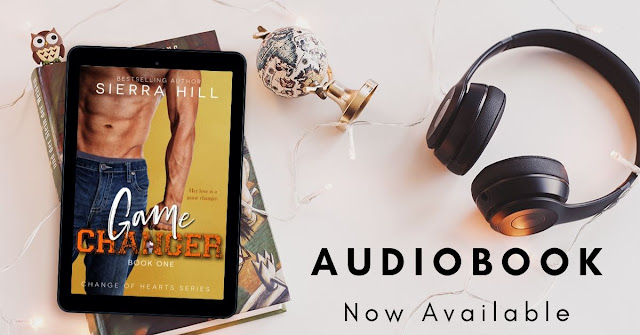 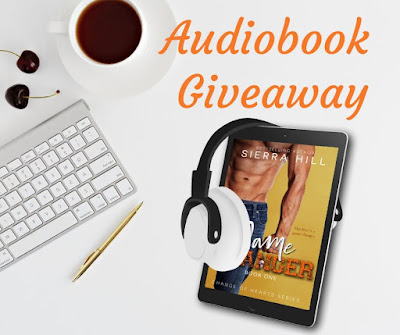 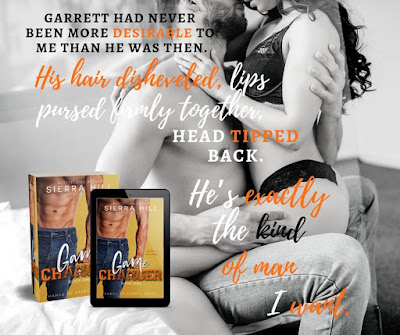 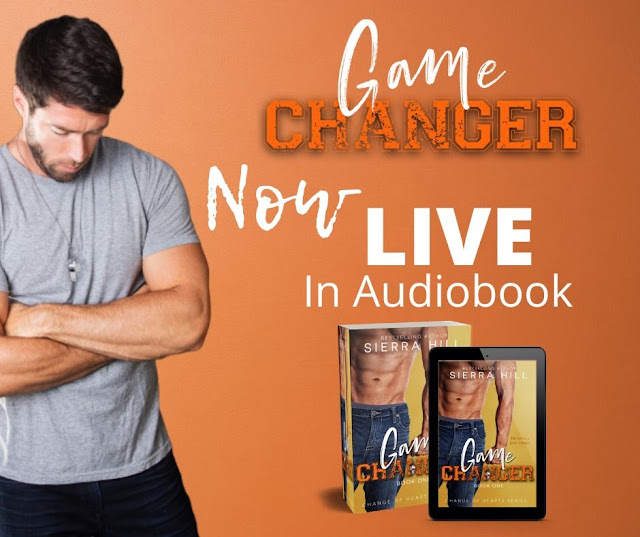