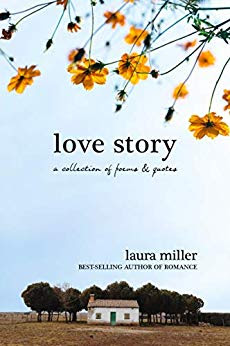 From the Amazon #1 best-selling author of small-town romance novels, including Butterfly Weeds and The Dream, comes Love Story, a raw and touching collection of poems and quotes about love, heartbreak, laughter and life in a small town.Find quotes from your favorite Laura Miller love stories and also discover a new, never-before-seen collection of heartfelt and romantic poems and sentiments.Accompanied by inspiring illustrations, Love Story is sure to leave a lasting mark on your heart.

Other Books By Laura Miller

By Way of Accident by Laura Miller 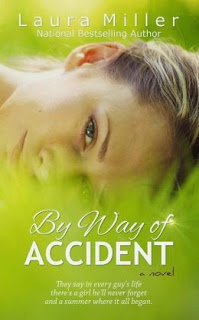 They say in every guy’s life there’s a girl he’ll never forget and a summer where it all began. Well, for me, 1999 is that summer, and Brooke Sommerfield is that girl. But that was nearly nine years ago. And what they don’t tell ya is that you’ll blink, and both the summer and the girl will be gone.
I have no idea where Brooke ended up. She disappeared that same summer I met her. And kind of like when you move something on a wall after it’s been there for a long time and everything around it is faded, that’s how I feel about Brooke. She wasn’t there very long, but when she left, everything around her memory sort of dimmed. That is until a letter postmarked the year she left mysteriously resurfaces. And call me crazy—everyone else has—but I have to find her. I have to know what became of the green-and-gray-eyed girl who stole my last perfect summer. I have to know if she believes in second chances—because I do—even if they do come with good-byes.
Purchase your copy on Amazon

The Life We Almost Had by Laura Miller 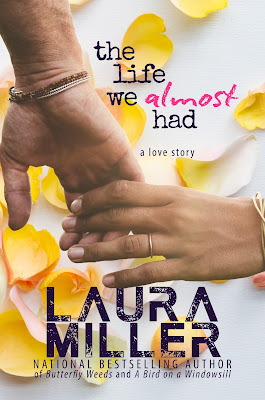 One week is all they have.
Purchase your copy on Amazon

When Cicadas Cry by Laura Miller 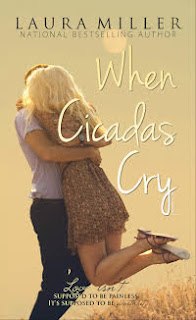 Published August 4, 2015
One moment. One moment can shape our entire life.That’s all it takes.But what I didn’t know when we locked eyes that first time was that every moment we shared was just another moment leading up to that one that would forever change the course of our lives.It was the moment that I knew he knew. It was just a hunch, a feeling, a soft whisper to my soul. But it was in that moment—that one, life-altering instant—that I knew I had lost him.When Omaha-native Ashley Westcott suddenly shows up in Remington Jude’s small, Missouri town, she’s the talk of the town. When she leaves abruptly one day, the rumors fly. But only Rem knows why she left, and he’s not talking.

The Dream by Laura Miller 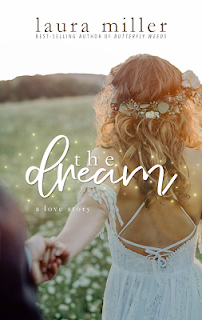 Most people call her Delilah. But he called her Daisy. He was seventeen and a guest in her family’s home the summer she turned fifteen. They weren’t supposed to fall in love. But Everton knew two things early on. One: He knew that she was a rule he was most likely going to break. And two: He knew that if anyone discovered their secret, he would be forced to leave.That day came in early August. And it came without warning—or a goodbye.Now, she’s twenty-one. He’s twenty-three. And she’s standing right in front of him—close enough to touch. But he can’t. It’s been six, long years, but one thing remains: she’s still forbidden. And this time, he can’t cross the line. 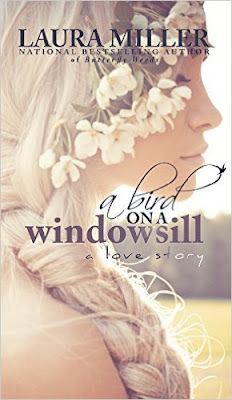