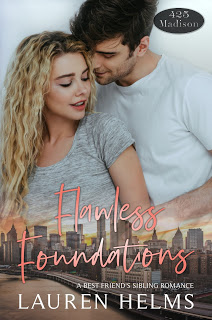 Levi
It's no secret I was born from money. And I'm destined to take over the family business, King Cosmetics when my father retires.
At least that was the plan.
Until my father decided to impose some stupid rule about being married before I take the reigns. Everything I've worked for hangs in the balance and the future of the company is in jeopardy without a King behind the controls.
I never considered Becca part of the plan for taking over, but when one kiss leads to so much more, I can't help but wonder if she's the answer to my problem.
Becca
There are two things I love - my beauty blog and Levi King.
Coming from the same social circle has given me ample opportunity to crush on the next generation of King Cosmetics, but he made it clear a long time ago that I would never be anything more than "like family" to him.
Feeling the need for some serious changes in my life, I start shaking things up.
It wasn't part of my plan to kiss Levi, but one kiss could never be enough. When that kiss turns into a relationship and I find out that Levi's been keeping a secret, I begin to question if our love affair was too good to be true.
Looks like we're about to find out if we can truly build flawless foundations for the rest of our lives. After all 425 Madison is the perfect place to fall in love.
My Thoughts…
Becca has been in love with Levi since she was 12 years old.   He pushes her drunken attraction away when she visits him in college, and she decides she is over him.   Love isn’t that easy to get over.     They live in the same complex, Becca is his sister’s roommate, so you know that they see each other.    All it takes is one kiss in the hallway and it is game over for Levi and Becca.   The attraction heats up, the love comes rushing back, and it takes all that they have not to rush right into the bedroom.

I love this story.   It is one of my most favorites in the 425 Madison series so far.    Becca and Levi are wealthy, educated, and strong willed.   They both are going after what they want in life and together they will accomplish it.   Levi needs Becca to get CEO of his family’s company but that is not why he is wants her.   He shows his love for her with each touch, word, and fear that if she finds what he is hiding she will run.     Becca wants to earn her own way; she doesn’t want hand outs and she is willing to put in the hard work to get where she wants.
Lauren Helms takes two amazing characters and brings them together in the most perfect way. 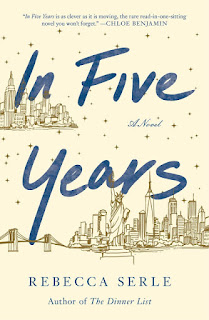 Where do you see yourself in five years?

When Type-A Manhattan lawyer Dannie Cohan is asked this question at the most important interview of her career, she has a meticulously crafted answer at the ready. Later, after nailing her interview and accepting her boyfriend’s marriage proposal, Dannie goes to sleep knowing she is right on track to achieve her five-year plan.

But when she wakes up, she’s suddenly in a different apartment, with a different ring on her finger, and beside a very different man. The television news is on in the background, and she can just make out the scrolling date. It’s the same night—December 15—but 2025, five years in the future.

After a very intense, shocking hour, Dannie wakes again, at the brink of midnight, back in 2020. She can’t shake what has happened. It certainly felt much more than merely a dream, but she isn’t the kind of person who believes in visions. That nonsense is only charming coming from free-spirited types, like her lifelong best friend, Bella. Determined to ignore the odd experience, she files it away in the back of her mind.

That is, until four-and-a-half years later, when by chance Dannie meets the very same man from her long-ago vision.

Brimming with joy and heartbreak, In Five Years is an unforgettable love story that reminds us of the power of loyalty, friendship, and the unpredictable nature of destiny.
My Thoughts…
In Five Years started, for me, as a romance book.   Two people in 2020 are living together, in love, getting engaged but then there was a twist.   Dannie has a dream that she is in 2025 and that her life is different from what she is living now.    It was a dream, right?   It couldn’t have really happened, could it?
I love how her life in 2020 continues, she gets her dream job, she is with a wonderful man but is she really happy?   I had many thoughts while enjoying this book.   I wondered how many people settle in life, how many people wish their life could change and would they be happier if it changed?   While Dannie doesn’t really want a different life, is she settling with her life?
The story of Dannie and her best friend broke my heart.  I had tears rolling down my face as their story was told.    Their friendships were so true.   They fought, they loved, and they protected each other.    Even while not getting along they did things for each other, just because they knew the other would appreciate or need it.
This is my first book by Rebecca Serle and I look forward to reading more.   The twists, the friendships, the love, and the story are all amazing and I recommend picking up your own copy.
Thank you to Atria Books for a copy of In Five Years in exchange for my honest review. 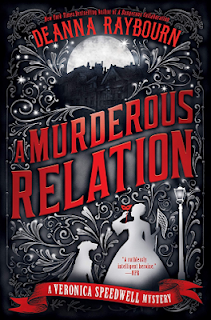 Veronica Speedwell and her natural historian colleague Stoker are asked by Lady Wellingtonia Beauclerk to help with a potential scandal so explosive it threatens to rock the monarchy. Prince Albert Victor is a regular visitor to the most exclusive private club in London, known as the Club de l'Etoile, and the proprietess, Madame Aurore, has received an expensive gift that can be traced back to the prince. Lady Wellie would like Veronica and Stoker to retrieve the jewel from the club before scandal can break.

Worse yet, London is gripped by hysteria in the autumn of 1888, terrorized by what would become the most notorious and elusive serial killer in history, Jack the Ripper--and Lady Wellie suspects the prince may be responsible.

Veronica and Stoker reluctantly agree to go undercover at Madame Aurore's high class brothel, where another body soon turns up. Many secrets are swirling around Veronica and the royal family--and it's up to Veronica and Stoker to find the truth, before it's too late for all of them.
My Thoughts…
Each book in the Veronica Speedwell series is an adventure that introduces you to new and interesting characters while bringing back some of my favorites from past books in this series.  I picked up A Murderous Relation excited to follow Stoker and Veronica on their next adventure.   This adventure introduced me to more of Veronica’s family and showed that not all of them think she is should be kept a secret.  There was some history shared with Jack the Ripper storyline but it was mostly fiction and fun.
The attraction between Stoker and Veronica is so hot.   I expect them to explode at some point.   I enjoy that their relationship is moving slow and that Stoker wants them to come together at the right time but oh my gosh… how long does a girl have to wait?
The excitement, the characters, the mystery kept me turning the pages with the need to find out the rest of the story.    I am excited for book 6 to be released since these are now characters that I am invested in, that I enjoy reading about and look forward to seeing what new trouble they can get themselves into. 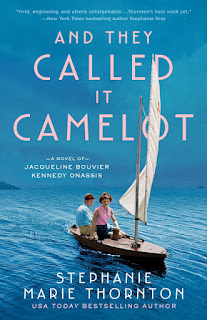 An intimate portrait of the life of Jackie O…

Few of us can claim to be the authors of our fate. Jacqueline Bouvier Kennedy knows no other choice. With the eyes of the world watching, Jackie uses her effortless charm and keen intelligence to carve a place for herself among the men of history and weave a fairy tale for the American people, embodying a senator’s wife, a devoted mother, a First Lady—a queen in her own right.

But all reigns must come to an end. Once JFK travels to Dallas and the clock ticks down those thousand days of magic in Camelot, Jackie is forced to pick up the ruined fragments of her life and forge herself into a new identity that is all her own, that of an American legend.
My Thoughts…
I’d love to go back in time and live the world with Jackie Kennedy Onsassis.   To see such an amazing woman navigate a life that wasn’t always easy, that had such a great love as she shared with Jack, and to see her love her children so entirely would be wonderful.   She had style, grace, and a strong will that no one stood a chance when they pushed her against her morals.
They Called it Camelot is a rare look inside the life of the former First Lady’s life.   It is a celebration of the life of Jackie while also sharing the heartbreak that came along with her life in the limelight.    There were times I had to remember that this was not a biography of Jackie, it is a historical fiction telling of her life.
When I started the chapters of 1963, I slowed way down in my reading.   I knew what happens in 1963 and was not ready to read Jackie’s perspective on her husband’s murder.    The tears rolled down my cheeks as I read how she second-guessed what she could have done to save him,  how she protected him even in death, and how different her life was going to be with Jack not in her life.    The strength that she showed to the nation and for her kids while she mourned the love her of her life showed how truly strong she was.
They Called it Camelot is a top read for 2020.
Posted by A Soccer Mom's Book Blog at 6:00 AM