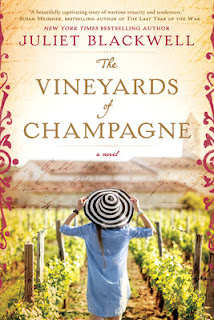 Beneath the cover of France's most exquisite vineyards, a city of women defy an army during World War I, from the New York Times bestselling author of The Lost Carousel of Provence....
Deep within the labyrinth of caves that lie below the lush, rolling vineyards of the Champagne region, an underground city of women and children hums with life. Forced to take shelter from the unrelenting onslaught of German shellfire above, the bravest among them venture out to pluck sweet grapes for the harvest. But wine is not the only secret preserved in the cool, dark cellars...

In present day, Rosalyn travels to Champagne to select vintages for her Napa-based employer. Rosalyn doesn't much care for champagne--or France, for that matter. Since the untimely death of her young husband, Rosalyn finds it a challenge to enjoy anything at all. But as she reads through a precious cache of WWI letters and retraces the lives lived in the limestone tunnels, Rosalyn will unravel a mystery hidden for decades...and find a way to savor her own life again, inspired by the hope and defiance of the women who toiled to bring in the grape harvest during the war.
My Thoughts…
I have always thought WWII was my time but I am coming to realize that WWI was just as intriguing. I love hearing about the history of a place that has always been known for its amazing champagne but has so much more history to learn about.
The letters that were read in the present time bring to light a history story that you would never find in a classroom and makes the WWI era so much more real.   The art of writing letters is lost to many with all the present technology but in the time of war that was the only way to send messages of love and support to those who were fighting.  I love that people stepped up and wrote to the soldiers that they didn’t even know, it proved that humanity was strong even when the world was at war.     Love could withstand anything, friendships were formed, and unfortunately, friendships were lost but most of all people cared, they wanted to help in even the smallest way and were willing to do whatever they could to support the soldiers in their times of need.
The present story of Rosalyn was just as important.  She was grieving the loss of her husband, working a job that she didn’t love, and traveling to a place that she didn’t enjoy.   In France, she found new friendships, discovered that she did like champagne, and learned that she could be happy again.    She also helped a new friend solve the mystery of her ancestry.   Rosalyn put herself in positions that were uncomfortable and learned that a little discomfort can have great results.   I was excited to see her grow and open her heart up to new friendships.
The Vineyards of Champagne is an amazing historical fiction book with the dual timelines, the wonderful settings, and the amazing characters it is a must-read.
Add to your MUST-READ list on Goodreads
Purchase your own copy on Amazon 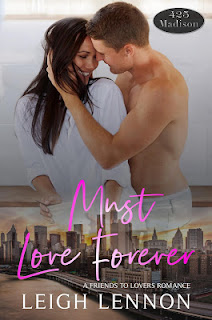 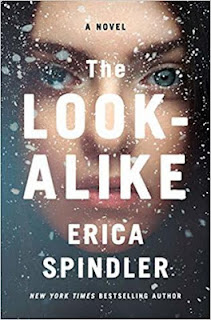 As the walls close in, the line between truth and lie, reality and delusion disintegrate. Has Sienna’s worst nightmare come true? Or will she unmask a killer and finally prove she may be her mother’s look-alike, but she’s not her clone?
My Thoughts…
What a great book.   The thrills and suspense are guaranteed to keep you reading while the twists and turns will keep you guessing at what is going to happen next.    I loved how easy it was to follow the storyline as it told the story in the present time and the story from the past.   The stories twisted together perfectly without missing a step and took the reader on one wonderful, twisted, thrilling ride.
One of my favorite things about Erica Spindler’s book is the location that sets her books.   I am from the Midwest, right near Rockford, IL, and that is an area that is mentioned in her books often.  She talks about places that are familiar to me, things that we are known for (sock monkeys), and towns that are nearby.    I love when I read a book and can see where the book is taking place.
I’d recommend picking up your own copy of The Look-Alike and enjoying the ride Erica Spindler takes you on.
Add to Goodreads
Purchase your own copy on Amazon 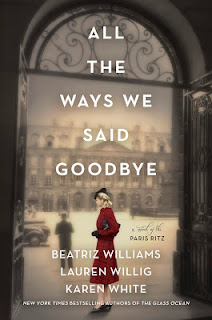 The New York Times bestselling authors of The Glass Ocean and The Forgotten Room return with a glorious historical adventure that moves from the dark days of two World Wars to the turbulent years of the 1960s, in which three women with bruised hearts find refuge at Paris’ legendary Ritz hotel.

The heiress . . .
The Resistance fighter . . .
The widow . . .
Three women whose fates are joined by one splendid hotel

France, 1914. As war breaks out, Aurelie becomes trapped on the wrong side of the front with her father, Comte Sigismund de Courcelles. When the Germans move into their family’s ancestral estate, using it as their headquarters, Aurelie discovers she knows the German Major’s aide de camp, Maximilian Von Sternburg. She and the dashing young officer first met during Aurelie’s debutante days in Paris. Despite their conflicting loyalties, Aurelie and Max’s friendship soon deepens into love, but betrayal will shatter them both, driving Aurelie back to Paris and the Ritz— the home of her estranged American heiress mother, with unexpected consequences.

France, 1942. Raised by her indomitable, free-spirited American grandmother in the glamorous Hotel Ritz, Marguerite “Daisy” Villon remains in Paris with her daughter and husband, a Nazi collaborator, after France falls to Hitler. At first reluctant to put herself and her family at risk to assist her grandmother’s Resistance efforts, Daisy agrees to act as a courier for a skilled English forger known only as Legrand, who creates identity papers for Resistance members and Jewish refugees. But as Daisy is drawn ever deeper into Legrand’s underground network, committing increasingly audacious acts of resistance for the sake of the country—and the man—she holds dear, she uncovers a devastating secret . . . one that will force her to commit the ultimate betrayal, and to confront at last the shocking circumstances of her own family history.

France, 1964. For Barbara “Babs” Langford, her husband, Kit, was the love of her life. Yet their marriage was haunted by a mysterious woman known only as La Fleur. On Kit’s death, American lawyer Andrew “Drew” Bowdoin appears at her door. Hired to find a Resistance fighter turned traitor known as “La Fleur,” the investigation has led to Kit Langford. Curious to know more about the enigmatic La Fleur, Babs joins Drew in his search, a journey of discovery that that takes them to Paris and the Ritz—and to unexpected places of the heart. . . .
My Thoughts…
From three wonderfully talented authors comes a story of three women who live in different times but somehow their stories intertwine.  From 1914 we meet Aurelie, who is stuck living with the enemy in her own house while WWI was happening all around her.   In 1942 we meet Daisy, who does what she must to keep her family safe during WWII.   1964 introduces us to Babs, who travels to Paris to find answers to her husband’s secrets.     All three stories have their own paths, all three women are incredibly strong, and all three stories tie together in amazing ways.
I am in awe of how strong Aurelie, Daisy, and Babs are.   They are living in times that are not easy, searching for ways to keep their families safe, yet continue to put themselves out there to help others while trying to get a grip on all that life is throwing at them.    I kept reading looking for the clues as to how it would all come together and putting the pieces together bit by bit, I did have it mostly figured out before the end.
Beatriz Williams, Lauren Willig, and Karen White are all authors that I have read before.   Writing as one, there are no gaps in the story and the book flows perfectly from one character to the next.     The chapters alternate between the three main characters and are not short, but they are easy to follow.    The storyline pulls you into three wonderful eras and the world as it was happening at that time.  I could picture the characters and hear their voices, I could see the places they were visiting and living, and I could feel their emotions as their worlds were changed by the lives they were living.
Add to your MUST-READ list on Goodreads
Purchase your own copy on Amazon
Posted by A Soccer Mom's Book Blog at 6:00 AM