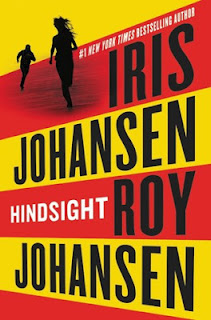 Investigator Kendra Michaels -- whose former blindness has left her with uniquely insightful observational skills -- must put her life on the line to catch a terrifying murderer setting his sights on some of society's most vulnerable in this electrifying new novel from the #1 New York Times and Edgar Award winning writing duo Iris and Roy Johansen.
Dr. Kendra Michaels, blind for the first twenty years of her life before gaining her sight via a revolutionary surgical procedure, is a renowned investigator known for her razor-sharp senses--honed during her years in the dark--and keen deductive abilities.
Now her skills are needed uncomfortably close to home. Two staff members have been murdered at a school for the blind where Kendra spent her formative years. But the murders are puzzlingly dissimilar: one victim was brutally stabbed, while the other was killed by a bullet to the head. Are the crimes related? Or is Kendra on the hunt for more than one dangerous killer?

With the killer (or killers) still on the loose, Kendra must put her life on the line to unravel a terrifying conspiracy. But Kendra soon discovers that she herself may hold the key to the deadliest secret of all..
My Thoughts…
Dr. Kendra Michaels is amazing.   Growing up blind and then having an amazing surgery that gave her eyesight to now being an investigator that uses her honed senses to solve difficult mysteries.    What I notice most is her commitment to those important to her.    She uses her abilities to protect her friends before anything else.      She has always been a good friend to those around her but even more so when she realizes all that she can do to keep those she loves safe.
Hindsight is a book that I looked forward to reading.   I couldn’t wait to get my hands on a copy and devour each word.   The Johansen authors are so incredibly talented and I know that when I start one of their books I will be pulled in and not able to stop reading their amazing book.   The story is fast-paced, easy to follow, and has many twists and turns that will keep you guessing as you turn page after page after page.
Add to your MUST-READ list on Goodreads
Purchase your own copy on Amazon 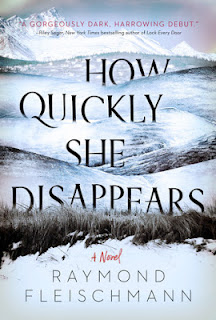 The Dry meets Silence of the Lambs in this intoxicating tale of literary suspense set in the relentless Alaskan landscape about madness and obsession, loneliness and grief, and the ferocious bonds of family …

It’s 1941 in small-town Alaska and Elisabeth Pfautz is alone. She’s living far from home, struggling through an unhappy marriage, and she spends her days tutoring her precocious young daughter. Elisabeth’s twin sister disappeared without a trace twenty years earlier, and Elisabeth’s life has never recovered. Cryptic visions of her sister haunt her dreams, and Elisabeth’s crushing loneliness grows more intense by the day. But through it all, she clings to one belief: That her sister is still alive, and that they’ll be reunited one day.

And that day may be coming soon. Elisabeth’s world is upended when Alfred Seidel — an enigmatic German bush pilot — arrives in town and murders a local man in cold blood. Sitting in his cell in the wake of his crime, Alfred refuses to speak to anyone except for Elisabeth. He has something to tell her: He knows exactly what happened to her long-missing sister, but he’ll reveal this truth only if Elisabeth fulfills three requests.

Increasingly isolated from her neighbors and imprisoned by the bitter cold and her own obsession, Elisabeth lets herself slip deeper into Alfred’s web. A tenuous friendship forms between them, even as Elisabeth struggles to understand Alfred’s game and what he’s after.

But if it means she’ll get answers, she’s willing to play by his rules. She’s ready to sacrifice whatever it takes to be reunited with her sister, even if it means putting herself — and her family — in mortal danger.
My Thoughts…
I have to say that I struggled through parts of this book.    I wanted to connect with the characters but they seemed so hard, so bitter, and so depressing.   They were living in a place that they didn’t enjoy.   They didn’t enjoy being with each other, they were the outcasts of the town.
Then Alfred came into the story.    He brought with him twists and turns, had me guessing at what he could give to Elisabeth to make her happy again, and what it would cost her.  I wondered what his connection to Elisabeth’s twin was and if he could really help Elisabeth come to terms with her disappearance.   I didn’t like Alfred at all, I knew he was shady and that whatever he was up to it wasn’t going to end well for anyone involved.    But he was the reason that I kept reading.
The ending…  oh the ending.   It was nothing I saw coming.   I had no idea how it would end.   Again, I didn’t like it, I didn’t see it coming, but it made sense and I am still not sure if I would have done anything differently if I would have been in Elisabeth’s place.
Add to your MUST-READ list on Goodreads
Purchase your own copy on Amazon 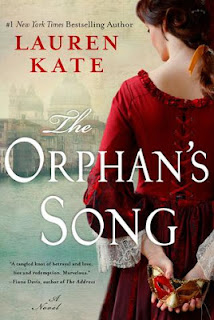 A song brought them together.
A secret will tear them apart.

Venice, 1736. When fate brings Violetta and Mino together on the roof of the Hospital of the Incurables, they form a connection that will change their lives forever. Both are orphans at the Incurables, dreaming of escape. But when the resident Maestro notices Violetta's voice, she is selected for the Incurables' world famous coro, and must sign an oath never to sing beyond its church doors.

After a declaration of love ends in heartbreak, Mino flees the Incurables in search of his family. Known as the "city of masks," Venice is full of secrets, and Mino is certain one will lead to his long-lost mother. Without him, the walls close in on Violetta and she begins a dangerous and forbidden nightlife, hoping her voice can secure her freedom. But neither finds what they are looking for, until a haunting memory Violetta has suppressed since childhood leads them to a shocking confrontation.

Vibrant with the glamour and beauty of Venice at its zenith, The Orphan's Song takes us on a breathtaking journey of passion, heartbreak, and betrayal before it crescendos to an unforgettable ending, a celebration of the enduring nature and transformative power of love.
My Thoughts…
The story of two orphans who only want to know what else life has in store for them in the future and dreaming of all that they will see in the world.    Violetta knows no life other than that of singing and working toward being part of the famous coro with the Incurables’.   Mino had a mother, she left him a token, but doesn’t have any real memories of her.
Lauren Kate wrote a book where stories entwined, characters were pulled together or pushed apart by forces beyond their control, and history was amazing.    I felt like I was walking the streets with Lettie and Mino.  I could see the people they were seeing, feel the air blowing around me, and hear the amazing sounds they were experiencing.    The book came to life as I fell into the world of Venice.
Add to your MUST-READ list on Goodreads
Purchase your own copy on Amazon 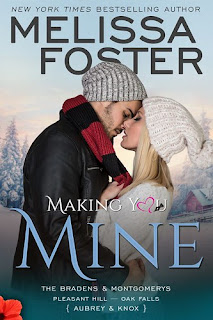 NEW RELEASE........Discover the magic of New York Times bestseller Melissa Foster's writing, and see why millions of readers have fallen in love with the Bradens.
Knox Bentley never liked the pomp and circumstance that came with being wealthy. He’d distanced himself from his pretentious family and their fortune as a young adult and found his own path to success. But even with the world at his fingertips, he realizes something is missing, and after a long stay overseas, he finally knows exactly what it is. His no-strings-attached hookups with Aubrey Stewart, an exquisite and stubbornly independent blonde, are no longer enough for him. They connect on every level, but Aubrey is a fierce businesswoman with a new movie channel on the horizon and no time for much else. She is the deal he can’t close, the precious jewel even his billions can’t buy. Now that he’s back in the States, he’s determined to show her that what they have goes beyond the bedroom and finally make her his.
Love in Bloom novels feature alpha male heroes and sexy, empowered women. They're flawed, funny, passionate, and relatable to readers who enjoy contemporary romance and women's fiction. For avid readers of the Love in Bloom series, you may have met sexy and hilarious Knox Bentley, Graham Braden's business partner, in Trails of Love, and Aubrey Stewart, one of the badass billionaire founders of the Ladies Who Write (LWW), in Anything for Love.
My Thoughts…
No strings is exactly what Aubrey thinks she has with Knox.  Until he decides that they deserve more and goes after the happy ending that he really wants, and Aubrey doesn’t know she wants.   I loved that this was a story of a guy wanting more than the girl and the guy knows just what to do to get that happy ending for them both.   I don’t always love the story of “no strings” relationships.   I want the commitment and relationship, but this is a story that I loved!   I loved that while it was “no strings” for Aubrey and Knox, they were really committed to each other.   They didn’t see other people, they thought about each other when they weren’t together, and they kept in contact between hook-ups with their everyday lives.
The families of Aubrey and Knox are night and day to each other but the love they share with each other is shown through their actions and their words.   I wish every person could have the type of family Aubrey and Knox do.   They fight, they love, and they support even when they don’t necessarily agree with each other.   Knox has been a little more distant with his family but when he returns to the family inn he falls back into the protective brother and the love he has for his family shines through in all his actions.    When Aubrey brought Knox home to her family, I know that she has opened her heart entirely to him and wants him to fit in with the people who mean the most to her.
Of course, in Melissa Foster's style, I was able to catch up with some of my favorite LWW (Ladies Who Write) ladies.   I love hearing what they are up to now and who they are up to it with.
Available to buy from ...
Amazon.com   Amazon.co.uk   Barnes and Noble    KOBO    Apple   GPlay   Paperback
Posted by A Soccer Mom's Book Blog at 6:00 AM