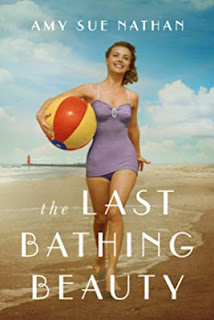 A former beauty queen faces the secrets of her past—for herself and the sake of her family’s future—in a heartfelt novel about fate, choices, and second chances.
Everything seemed possible in the summer of 1951. Back then Betty Stern was an eighteen-year-old knockout working at her grandparents’ lakeside resort. The “Catskills of the Midwest” was the perfect place for Betty to prepare for bigger things. She’d head to college in New York City. Her career as a fashion editor would flourish. But first, she’d enjoy a wondrous last summer at the beach falling deeply in love with an irresistible college boy and competing in the annual Miss South Haven pageant. On the precipice of a well-planned life, Betty’s future was limitless.
Decades later, the choices of that long-ago season still reverberate for Betty, now known as Boop. Especially when her granddaughter comes to her with a dilemma that echoes Boop’s memories of first love, broken hearts, and faraway dreams. It’s time to finally face the past—for the sake of her family and her own happiness. Maybe in reconciling the life she once imagined with the life she’s lived, Boop will discover it’s never too late for a second chance
My Thoughts…
This is the story of Betty Sterns who was raised by her grandparents fell in love with a non-Jewish man and then married a Jewish man.   I was intrigued by how she told her story.     She tells it to her family as they come to visit her, feelings come back, and life’s choices are second-guessed.
I always find it interesting when someone retells their lives story.   They are able to look back and see how choices could have been different, how the choices they made changed the lives they are living now and see how different feelings made a difference in the choices they made.   This is true of Betty.   While living an amazing life with her grandparents she wanted a different life.   She wanted a life where the hired help of the summer would include her, she wanted to love a boy that her grandparents would not accept, and she wanted to win the Miss South Haven pageant.   But as she tells her story she realizes that life she did have was wonderful also.   She loved her husband, she had an amazing family, and she had a good life.
The dual timelines were easy to follow, the story came together perfectly, and I thought 0f the characters as my friends.   I was interested in learning the rest of Betty’s story and I wanted her family and friends to accept her story and make her be okay with what she was remembering.      I have become a fan of historical fiction books and this one was exactly what I was looking for.
Add to your MUST-READ list on Goodreads
Purchase your own copy on Amazon 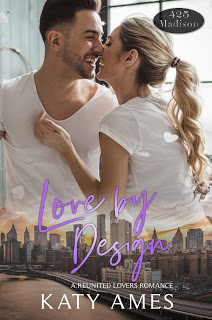 ANNIKA
Cheating husband. On-air meltdown. Public humiliation.
Lucky me, I’ve experienced them all.
Oh, and the implosion of my career as an up-and-coming designer and renovation television
darling.
That was then.
Now, I’m in the TV studio, more determined than ever to prove to myself (and the few fans I
have left), that I’m back for good. Nothing from my past—no man, no mistake—is going to
knock me down again.
If only fate—and Grayson Hesse—had gotten the memo.
GRAYSON
Woodworker. Stone house restoration guru. And the new host of Hesse and a Hard Place.
This is what I know:
If this show’s a success, I’ll finally be able to give my family the financial stability they need.
My chances of success go way up if I have the best designer in the business working by my side.
And the best in the business (despite the lingering rumors) is Annika Hale.
She’s the triple threat: brilliant designer, restoration maven, and the woman who stole my
heart six years ago…and hasn’t looked back since.
But that was then.
Now… Well, what is it they say? After all, 425 Madison is the perfect place to fall in love.
My Thoughts…
425 Madison is the perfect place to fall in love.   Katy Ames has written a perfect love story for Annika and Grayson.   They met, they hooked up, and then they lost touch due to a miscommunication.   A few years later they meet again and the heat they felt initially has not been put out.  The sparks, the heat, the attraction is still there and stronger than ever.
I did feel that this book moved a little slower than some of the other in the series and that I knew exactly where Grayson and Annika would end up, but I enjoyed every word on the book.   I looked forward to finding moments where I could read another chapter, find out what twists would come next for these two, and when they would finally come together happily.
Katy Ames is an author that I am looking forward to reading more from.  I recommend picking up your own copy of Love by Design and finding out for yourself why 425 Madison is the perfect place to fall in love.
Only on Amazon + Read for FREE on Kindle Unlimited 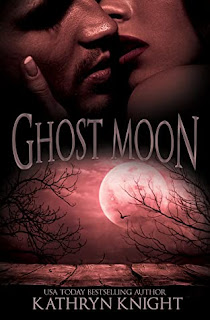 When Lark Cavanaugh's life in New York City falls apart, she's left reeling from a staggering betrayal. She escapes to Cape Cod, where a distant relative has left her an old house with a tragic past. Rumors of a haunting presence plague the abandoned home, but Lark doesn't believe in ghosts...until she has no choice.

After completing his military duty, veterinarian Jesse Holt returns to his small hometown to take over his father’s practice. He soon finds himself drawn to the alluring redhead now living next door, but she has made her intentions clear—she’s moving back to the city as soon as possible. When frightening events threaten her safety, though, he can’t deny his protective instincts.

Unable to fight their feelings, they give in to desire…but another battle looms. Lark’s arrival has awakened a decades-old mystery, and the truth of what happened at Holloway House will only be revealed when it claims yet another life.
My Thoughts…
Kathryn Knight is an author known for her paranormal books.   Ghost Moon is her newest release and I cannot even say how excited I was to receive my copy.    As soon as it was available, I started reading it.  I loved the twists and turns, the paranormal happenings, and of course, the romance all kept me turning pages and looking for the next clue as to who was haunting Lark’s house in Cape Cod.
Paintings falling off the wall, Lark’s cat hiding most of the time, the doors slamming, and the rest of the paranormal activity kept me guessing at what had happened in Lark’s house.    I tried to follow the clues, listen to the characters tell the history, but I didn’t quite catch on until the end when it all came together.   I loved every page of history on the house.   I loved learning about the people who had lived in the house and what they had gone through.   There were rumors, truths, and unknowns that became important parts of the story.
Of course, the romance was wonderful.  It was slow, it was sweet, and it was beautiful.   There was no judgment between Lark and Jesse.    Jesse respected that Lark had just gone through something and wasn’t ready to share that with him, he didn’t like when she pulled away but let her know he was there for her and let her have her space to figure out what she wanted.    Lark let Jesse into her life, even the haunting parts.   She trusted that he would help her find the answers that she needed to find.
Kathryn Knight is an amazing author.   I love her paranormal twists, her sweet romances, and her fun books.     I recommend reading Ghost Moon or any of her books.   They are a guaranteed win!
Add Ghost Moon to your MUST-READ list on Goodreads   Purchase your own copy on Amazon 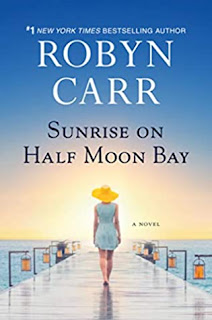 Adele and Justine have never been close. Born twenty years apart, Justine was already an adult when Addie was born. The sisters love each other but they don’t really know each other.

When Addie dropped out of university to care for their ailing parents, Justine, a successful lawyer, covered the expenses. It was the best arrangement at the time but now that their parents are gone, the future has changed dramatically for both women.

Addie had great plans for her life but has been worn down by the pressures of being a caregiver and doesn’t know how to live for herself. And Justine’s success has come at a price. Her marriage is falling apart despite her best efforts.

Neither woman knows how to start life over but both realize they can and must support each other the way only sisters can. Together they find the strength to accept their failures and overcome their challenges. Happiness is within reach, if only they have the courage to fight for it.
My Thoughts…
I love stories about sisters, especially sister who have not always seen eye to eye but still love and support each other.    Addie and Justine have a large age difference between them.   They didn’t bond over late nights, gossip about boys, fight over bedrooms, or who gets to shower first.   They were still sisters who love each other.
Yet, at the same time they both had to start their lives over.    Justine’s marriage fell apart and their parents, who Addie had been taken care of, passed away.   They both had to find a way to make their new lives happy and they came together as sisters to make that happen for them both. The strength and love the sister’s showed each other and those around them made me want them to find their new happiness.   They were both strong, successful, and loving ladies that took the rough turns in life and let them guide them to find new ways to become better people.   They also showed Justine’s daughters that even when life knocks you down you get back up and keep going.   Justine and Addie are great role models.
Sunrise on Half Moon Bay is a strong story with powerful women and a sweet story.  I recommend picking up your copy.
Add to your MUST-READ list on Goodreads
Purchase your own copy on Amazon, Barnes and Noble, Kobo, or BAM
Posted by A Soccer Mom's Book Blog at 12:00 PM