Sunday Times bestselling author Wendy Holden brings to life the unknown childhood years of one of the world’s most iconic figures, Queen Elizabeth II, and reveals the little-known governess who made Britain’s queen into the monarch we know today.In 1933, twenty-two-year-old Marion Crawford accepts the role of a lifetime, tutoring their Royal Highnesses Elizabeth and Margaret Rose. Her one stipulation to their parents the Duke and Duchess of York is that she bring some doses of normalcy into the sheltered and privileged lives of the two young princesses.At Buckingham Palace, Windsor Castle, and Balmoral, Marion defies oppressive court protocol to take the girls on tube trains, swimming at public baths, and on joyful Christmas shopping trips at Woolworth’s. From her ringside seat at the heart of the British monarchy she witnesses the upheaval of the Abdication and the glamour and drama of the 1937 Coronation.During the war, as Hitler’s Heinkels fly over Windsor, she shelters her charges in the castle dungeons (not far from where the Crown Jewels are hidden in a biscuit tin). Afterwards, she is there when Elizabeth first sets eyes on Philip. But being beloved governess and confidante to the Windsor family has come at a cost. She puts her private life on hold until released from royal service following Princess Elizabeth’s marriage in 1947.In a majestic story of love, sacrifice, and allegiance, bestselling novelist Holden shines a captivating light into the years before Queen Elizabeth II took the throne, as immortalized on the popular television series The Crown.

Oh my, I am a huge fan of the television series The Crown and this book brought it all back to me on why I love everything Queen Elizabeth II.     The spunk, the regalness (is that a word?), and the history of Lilibet becoming Queen Elizabeth II.   The added bonus is that there is the history of WWII, which is my favorite era to read about, and how it affected the Royals.

I loved Mrs. Crawford.   She took a privileged upbringing and taught the princesses how to appreciate the everyday people.    She taught them history, reading, and all the other regular school topics but she also showed them how the everyday people lived and most of all Marion Crawford gave the princess love and a mother.     Marion gave her whole life to the Royals and the Princesses.   She loved them, protected them, and taught them right from wrong.   This was not the life she had envisioned for herself but she excelled at what she did.

The story of Marion and the princesses is a new story to me.  I am now looking for more about the governess and the Royals.

Add The Royal Governess to your MUST-READ list on Goodreads 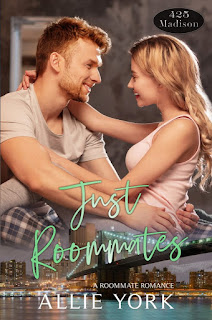 I’m known around 425 Madison, and to my friends, as Crazy Sara. While they never use the nickname to my face, I know my reputation precedes me. That’s just fine with me, after all I’ve got everything I ever wanted. I have an apartment in the swankiest building in NYC, a different date every night, and the future is mine for the taking.

Okay so maybe only one thing is missing - the perfect roommate to keep me company.

Unfortunately, the roommate who wants me is not what I had in mind. And my best friend gave me one rule: Don’t sleep with her brother.

With an art degree in hand it only makes sense for me to move to NYC. Both of my sisters live here and my new niece. New York has an endless supply of muses for my art and models to entertain.

Things were just fine in my new life, until my sister gets tired of me crashing in her guest room and decides I’ll be the perfect roommate for her friend Crazy Sara. I’m on board with a change of scenery as long as the scenery is my sister’s gorgeous friend. But turns our Crazy Sara isn’t really as crazy as they all claim and she’s not really interested in me - or at least that’s what she claims.

If you are a romance novel reader you know that having a roommate of the opposite sex rarely ends up with being just friends.    In Just Roommates I could see where the story was going and was excited to read how Sara and Zack get to be more than roommates.

Sara and Zack were flirty, fun, and sexy.   They both had previous relationships but those did not get in the way with the feelings that they were having for each other.   I loved how their relationship just happen.   Sure, they were roommates and saw each other daily but they were friends first.   The friendships just naturally progress into more.

Just Roommates by Allie York is a fun, quick and sweet read.   There are steamy moments, sexy fun but along with those times are many friendships.   I highly recommending heading to 425 Madison and meeting the tenants. 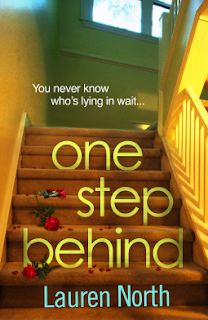 'A gripping psychological thriller that pulls the reader through the story at a terrific pace, not giving them a moment to draw breath' Nikki Smith, author of All in Her Head

Jenna is a wife, a mother, a doctor. She’s also the victim of a stalker.

Every time she leaves her house, she sees him. Disturbing gifts are left at her door. Cruel emails are sent to her colleagues. She has no idea who this man is but she feels powerless against him.

Until the day he is brought into her hospital after a serious accident, and Jenna is given the chance to find out once and for all why this man is tormenting her. Now, the power is all hers.

But how many lines is she willing to cross to take back control of her life?

A stalker is my worst nightmare.   Especially at the level that Jenna’s stalker went.   Oh my gosh!   They stalked her at home, at her job, everywhere she went.    I was scared for her, enthralled at who the stalker was, and worried that she would not be able to keep herself together long enough to catch the stalker.

This is the second Lauren North book that I have read, and she is amazing.   She has the skills to write a book that could cause nightmares but keeps the reader intrigued enough to not want to put the book down.    I had so many guesses at who the stalker was, and I thought for sure that I had figured it out a few times.    When it was revealed who-dun-it, all the clues came together perfectly, and I could not believe that I did not realize the truth before I read it. 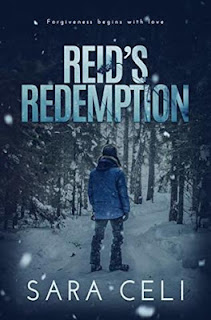 A broken man. A town on its last leg. A love that could warm the coldest of hearts...For too many years, Reid Powell carried the sins of his family. His father's failed business. His younger brother's drug addiction. An accident that permanently altered the lives of so many in his hometown. Now, their community was crumbling from economic collapse and grief. Hope had faded with the night.Reid’s heart was as hard as the anger that ran through his town. He had accepted his fate, and given himself over to relentless vilification. There was no other choice.But the day he found Tarryn Long on his property, light began to trickle into his darkened soul. She was different. Kind. Forgiving. Tempting. To let her in could change his life forever, but could he take that risk?Could he ever embrace redemption?

Reid and Tarryn, they sound perfect together.  But Reid is living in self exile in the town that he use to love and that loved him back.   Tarryn is back to a town that she only visited from time to time when she would see her father.    Tarryn is the perfect person to pull Reid out of his self-sorrow and bring him back to life.

There is a lot happening in this town and somehow it all falls on to the Powell family.   The reason that the town is faltering and the reason that he stays away from town.   Reid feels all that pressure and keeps it all deep inside of himself until Tarryn happens upon his property and awakens feelings that he thought we was well past having.   The attraction is there but beyond that is the feeling that he deserves to be happy, that all the bad things that have happen are not his fault, and that he can help the town come back to the healthy, happy place it use to be.    Nothing is easy but the determination helps make it all happen.

Tarryn, while there to help her father, sees that the town is in need of help.   She does not know Reid but as she gets to know him and hears the stories, she realizes that he could be just what the town needs and quite possibly what she needs also.   I love her gentle strength, her suggestive powers, and her love of family.

Reid’s Redemption was a fun story to read.    The storyline was easy to follow and the characters easy to like.  I recommend picking up your own copy.

** I won my copy of the book in a giveaway the author was holding.    The above review is my own thoughts and I received no compensation for sharing it.