REVIEW of The Way of Beauty by Camille Di Maio 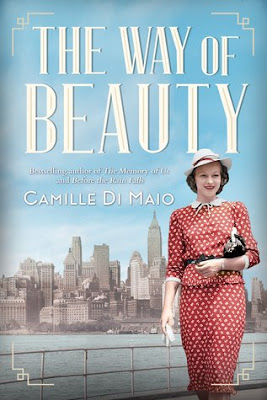 Hearts and dreams evolve in the shadow of the once-magnificent Penn Station.

Vera Keller, the daughter of German immigrants in turn-of-the-century New York City, finds her life upended when the man she loves becomes engaged to another woman. But Angelo Bellavia has also inadvertently opened up Vera’s life to unexpected possibilities. Angelo’s new wife, Pearl, the wealthy daughter of a clothing manufacturer, has defied her family’s expectations by devoting herself to the suffrage movement. In Pearl, Vera finds an unexpected dear friend…and a stirring new cause of her own. But when Pearl’s selfless work pulls her farther from Angelo and their son, the life Vera craved is suddenly within her reach—if her conscience will allow her to take it.

Her choice will define not only her future but also that of her daughter, Alice.

Vera and Alice—a generation and a world apart—are bound by the same passionate drive to fulfill their dreams. As first mother and then daughter come of age in a city that is changing as rapidly as its skyline, they’ll each discover that love is the only constant.

Picture 1900's New York City, Penn Station is brand new, shining like a beacon to the people of the city.   I could picture the beautiful stone, the newspaper stands, and the people rushing to get to the destinations.    The excitement of this was rushing off the pages into my heart.   It is a time of fear with a war looming in the future but yet the people of New York were excited about this new creation in their town.      I could also picture the streets of New York, the different languages being spoken, the unique accents, the people working and rushing through the city, the entire book seemed alive to me.

The Way of Beauty is the story of Vera and her daughter Alice.     Vera is the daughter of a German immigrant coming to New York she meets Angelo and he takes her under his wing treating her as a little sister while Vera falls in love with him.   Their story continues as they both grow up, get married, have children, work hard, and discover what true love really is.    Alice is their daughter and she is learning the ways of the world while trying to find her own way.

This is a romance story with so much amazing history.   I loved everything about this book.   The amazing setting, the realistic characters, and the enchanting story.    The book came alive to me, I could hear the characters talk, I could picture the apartments they lived in, the jobs they worked, and the way their hearts opened up with love.