PROMO POST of Forged in Ember by Trish McCallan 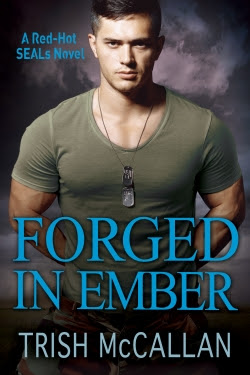 Where there’s smoke, there’s fire, and Trish McCallan’s romantic suspense series brings the heat and packs a wallop of sexy alpha males. The heroic warriors of Navy SEAL Team 7 aren’t on just any mission—these special operatives are out to save the world from an insidious plot to destroy humanity. But while they’re ready to take on dangerous enemies, these heartthrobs aren’t prepared to meet the women who can bring them to their knees. Full of nonstop action, global intrigue, and smoldering seduction, McCallan’s Red-Hot SEALs series packs a red-hot punch.

About Forged in Ember

Amy Chastain has made a lot of enemies—none so ruthless as the insanely powerful New Ruling Order (NRO). When they killed her husband, it was hell. Then they targeted her children by injecting them with a dangerous, experimental isotope. Now Amy trusts only one man to help her: the ex-commander of SEAL Team 7

In the company of Navy SEALs, Jace “Mac” Mackenzie was in his physical element. Now he’s on the run from the same cabal that poisoned Amy’s children. That doesn’t stop him from launching a mission to bring down the NRO—and find an antidote. But the clock is ticking. And as the sparks fly between him and Amy, Mac realizes he has more to lose than ever before.

As Mac closes in on the NRO, he uncovers a plot that threatens more than Amy’s children. Now it’s a race against time to stop a global conspiracy, save the woman he loves, and protect the family that’s starting to feel like his. 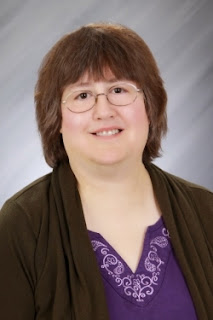 Trish McCallan was born in Oregon and raised in Washington State, where as a child she sold her first crayon-illustrated books for a nickel. This love of writing led her to study the craft at Western Washington University. She worked as a bookkeeper and a human-resources specialist before trading in her day job for a full-time writing career. Her Red-Hot SEALs novels include Forged in Smoke; and the Romance Writers of American RITA Awards finalists, Forged in Ash and Forged in Fire. Forged in Ember is the fourth book in her series. She currently resides in Eastern Washington with her three golden retrievers, a black Lab mix, and a cat.

“Full of suspense, with some paranormal elements too, [McCallan’s] first entry in the Forged series is a pulse-pounding adventure.” —RT Book Reviews on Forged in Fire

“If you’re looking for a fast-paced, action-packed story laced with a bit of paranormal, then I recommend giving this a read.” —​Harlequin Junkie on Forged in Smoke