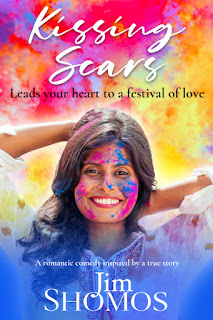 What do you do when life sets up a festival of true love on the other side of your heart’s well-built fence?Computer games designer, Sanaya, leaves India behind to expand her career in Australia, and some day have a child. It’s a clear plan until she falls in love with a divorced man who has three kids and one big romance rule: no more children.Mobile games pioneer, Leo, is a born romantic who loves Melbourne and his boys. Yet, as soon as his youngest hits 18, it’s time to follow his dream of writing magazine stories around the world. But when his heart trips over Sanaya, they discover love writes its own rules. 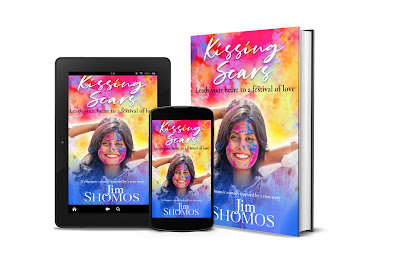 Shomos has created another remarkable romantic comedy that leaves you suspended right alongside Sanaya and Leo. Intoxicating, organic, and simply breathtaking. The Never Ending Bookshelf, 5-stars

My heart soared, broke, and was set free again through this emotionally charged love story of the ages. Jess, 5-stars

Sanaya and Leo transported me through the blossom of a delightful love story that I hope will carry on forever. So much fun, and well worth the read. Stephanie R. 5-stars 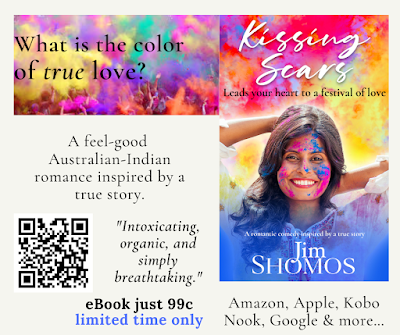 Jim’s stories have skipped across film, TV, songs and novels. An international pioneer in web series, he has collected nominations and awards in Cannes, from Film Victoria, and the Australian Writers’ Guild."I’m a ro-man-tic, hooked on exploring contemporary relationships through fiction. Sprinkling love, laughter and sneaky tears."Rumors of an insatiable passion for Haigh's Chocolates, Arsenal, Melbourne Victory, cycling, and blueberry muffins. Sometimes cycling for blueberry muffins. 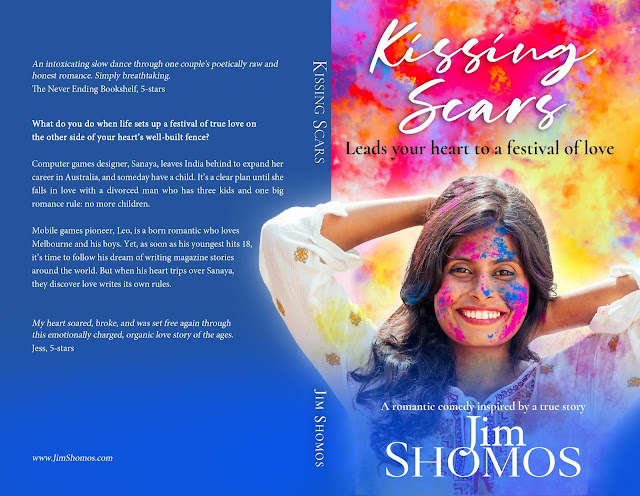