Will Scottish leisure tycoon help Chloe save her family's crumbling theatre?Can she resist his notorious charms?And just how much exposure will satisfy the paparazzi's lust for headlines?Chloe is about to find out... 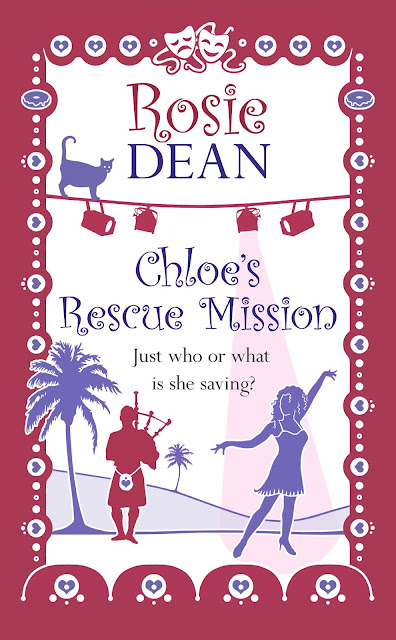 I was holding my breath for Duncan’s verdict. Please let him tell me today.He stopped by his car and turned towards me.‘Okay.’ The smile was gone and his eyes were fixed firmly on mine. ‘About the theatre…’ Here we go. I took a deep breath, fingers crossed under my armpits. ‘I could just give you a bunch of money but that would only help you in the short term, wouldn’t it? And it might not necessarily be the best investment for me. What you need is long-term security, experience and support. So what I’m proposing, is introducing you to a bunch of people with money and expertise – people you can network amongst and encourage to get involved. How’s that sound to you?’‘That sounds absolutely brilliant. Thank you.’ It was the best offer I’d had so far and, as Mum often said, a bird in the hand…‘Good. What are you doing Thursday to Saturday?’I thought for a moment. ‘Oh, I’m being interviewed by the County Magazine on Friday.’‘Tell them you’ll do it on Wednesday.’I bristled. ‘I can’t just tell them when to interview me. It took me ages to get them to agree doing a piece on us. If I put them off I might not get them again for months.’‘Listen, I’m just about to fly you to Barcelona to mix with some top execs in the field of corporate events. You’ll not get another chance like this for a while.’My eyes, now focusing on the neck of his shirt, darted to the bonnet of his car and back again a couple of times, while I considered the implication. He cut across my thoughts.‘Chloe, tell the magazine Duncan Thorsen’s taking you to Barcelona. Believe me, they’ll be round on Wednesday, like a shot.’I could feel a smile tweaking the corner of my mouth. ‘I see your point.’ Our story would escalate from human interest to tabloid sensation, overnight. ‘What’s happening in Barcelona?’‘We’re running a two-day event at one of our hotels. There’ll be some influential senior execs there who you might persuade to sponsor some part of your project.’As he got into his car, he said, ‘I’ll ask Marlean to call you with the details.’‘Thanks. And Duncan,’ I clasped my free hand round the ponytail at the back of my head. ‘I know this may sound cheeky – since you’re being so helpful – but I’ve found out quite a lot about Thorsen Leisure and…I’d hate you to feel you couldn’t make a financial contribution to the cause, as well.’He started the engine and raised his eyes as he considered my suggestion. ‘It does sound cheeky. See you Thursday.’ 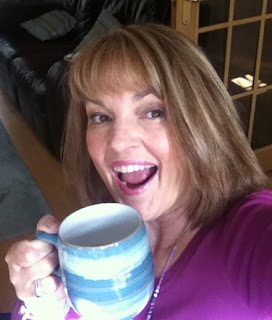 Rosie Dean has been writing stories and plays since she was big enough to type. After studying ceramic design and gaining a ‘degree in crockery’ as the man in her life calls it, she became an Art & Pottery teacher. Seven years later, she moved into corporate world, writing training courses and marketing copy until the lure of being a full-time writer became irresistible.Her passion is to write entertaining love stories that can make a reader chuckle, laugh out loud or, occasionally, feel a lump in the throat. Most of all, she loves developing the characters who inhabit her stories – eccentricities and screwball scenarios pop up in all of her work. Some of these characters have four legs – because animals offer an interesting counterpoint to human dramas.Chloe’s Rescue Mission is her third romantic comedy and draws on her experiences performing in amateur theatre productions for many years. She also has a bit of a thing for men in kilts!Rosie lives on the Isle of Wight, and can see the sea from her writing den. 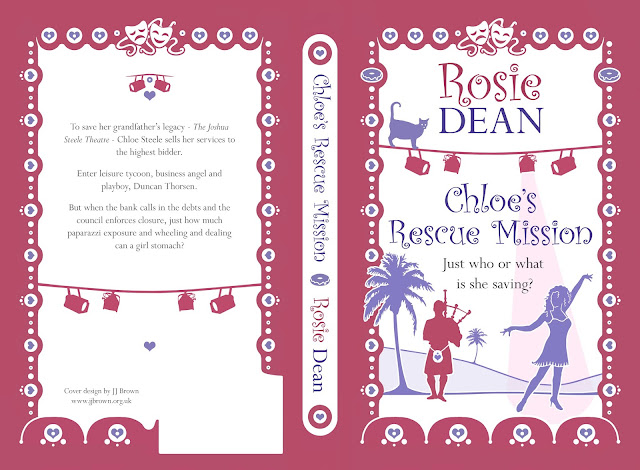