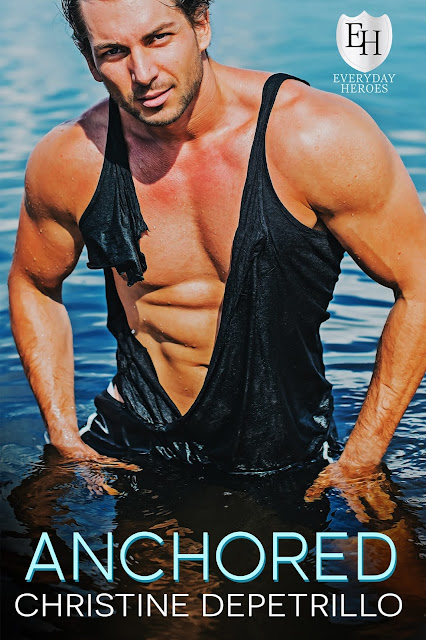 ANCHORED is a broken alpha, healing hearts, rescue story with ocean views and a heat that has nothing to do with the California sunshine.
The only thing Colin Hayes wants to do is dive with his Navy team. After a rescue mission leaves him with a leg that's no good for swimming anymore, that dream is dead. He may as well be dead too. Living in a small town in California across the street from his sister and being stuck running a marina fail to provide the excitement or the purpose his former life did. His future promises to be an endless stream of long, boring days. How will he survive?
Faith Brenton lost her best friend and teaching colleague to an accident. The joy she felt being an educator is buried under grief and extinguished by her administrator at Maplehaven High School in Vermont who doesn't approve of her alternative teaching methods. Wanting to shake things up a bit, Faith enters a magazine contest and wins. The prize? A year-long adventure by sailboat. Perhaps she can reset her life with fair winds and full sails.
When Faith's boat sinks near Colin's marina, Colin dives in to save her. What he doesn't expect is to be saved too.
Can two souls adrift anchor each other with love? 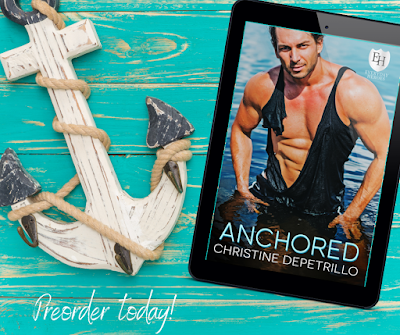 Colin is clearly suffering and yet he looks so strong and masculine, sitting in that chair. He’s wearing jeans—the same ones he had on when he executed the dramatic rescue today because I remember the slight rip in the left thigh. They look dry now, but to know he hadn’t possessed enough energy to change out of wet clothes after he came home hurts my heart. Gray socks cover his feet so he managed to take his shoes off at least. His blue Hayes Marina T-shirt molds to his chest and biceps in a way that keeps snagging my attention. His brown hair is tousled and I figure he was lying down before I bothered him with my nosiness.No. It’s not nosiness. I’m concerned about his well-being. I’m still concerned, although he keeps saying he’s fine.He’s not fine.Well, he is fine, but that has nothing to do with the status of his right leg and everything to do with the dark blue intensity of his gaze, the brown stubble on his jaw, and the fullness of his lips. The fact that he’s trying to convince me not to worry also suggests this guy is definite alpha hero material.He rips open the bag of chips and pulls one out, crunching softly after popping it into his mouth. I’m mesmerized by the movement of his lips, the motion of his jaw, the bob of his Adam’s apple as he swallows. Eating salt and vinegar chips isn’t supposed to be erotic, is it? At least it hasn’t been for the thirty-plus years I’ve been on the planet.He angles the bag toward me. “Want some?”I shake my head and put a hand to my stomach, which isn’t easy because this huge, silly dog is sprawled over me on the couch. “I don’t think I’m ready for food yet.”Colin arches a single eyebrow as he selects another chip from the bag. “So you’re not as cool as a cucumber over today’s events as you would have me believe, are you?”I bury my fingers in the dog’s thick fur. “Intellectually, I can understand my life was in danger today. I take solace in the fact that I didn’t die.” I point to Colin. “Thanks to you. Emotionally, however, my nervous system is still in stress mode.” I pat my stomach again. “As is my digestive system.”“That’s fair,” Colin says. “Would booze help?”“Now that’s a prescription I wouldn’t mind taking.”He lets out a raspy laugh, making me surmise laughing isn’t something he does often, but I love the sound of it. “There’s beer in my fridge or whiskey in the cabinet above it. Your choice and I’ll take either.”I extract myself from the gentle giant on my lap, but as soon as the dog sees I intend to leave the room, he gets up to follow. “What’s this handsome guy’s name?”“Diver.” More chips crunch and I silently thank Matt’s mom. Salt and vinegar chips have gotten rid of Colin’s salt and vinegar attitude toward my unexpected appearance at his home.I scratch Diver’s ears and his big brown eyes squeeze shut in bliss. “I should have asked your name before we got so intimate on the couch there, sweetie.”Another scratchy laugh sifts from Colin and I’m on a roll here. He hasn’t outright kicked me out, he thinks I’m funny, he’s offered me chips, and now a drink. This all feels like a major win.Diver escorts me into a kitchen that is as tidy as the galley on Sharkfin. Come to think of it, for a man’s house, everything is orderly. That’s when I freeze with my hand on the cabinet knob above the fridge.What if this isn’t a man’s house? What if Colin has a wife or a girlfriend who lives here with him?

Christine DePetrillo can often be found hugging trees, conversing with dragonflies, and walking barefoot through sun-warmed soil. She finds joy in listening to the wind, bathing in moonlight, and breathing in the fragrances of things that bloom. If she had her way, the sky would be the only roof over her head.

Her love of nature seeps into every story she tells. As does her obsession with bearded mountain men who build, often smell like sawdust, and know how to cherish the women they love. Today she writes tales meant to make you laugh, maybe make you sweat, and definitely make you believe in the power of love.

She lives in Rhode Island and occasionally Vermont with her pack--a husband, a cat, and a big, black German Shepherd who defends her fiercely from all evils.

Visit her and sign up for her newsletter at www.christinedepetrillo.weebly.com anytime. 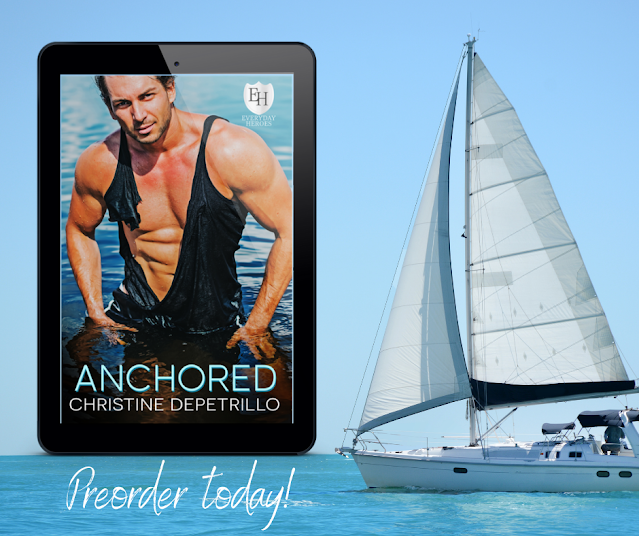