Spotlight for The Resurrection of Hannah by Kathryn Arnold

'An unforgettable story of self-discovery, friendship, love beyond time and the resiliency of the human spirit.'
Samantha Clark is fast approaching a crossroads in her life, she just doesn't know it yet. In her late thirties, single, and caught up in the hustle of everyday life, she is disenchanted with her predictable lifestyle as a psychotherapist on the west coast of Florida. Sammi begins to experience troubling physical symptoms and turns to alternative medicine in her quest for answers. Through experimentation and curiosity, startling events begin to unfold, revealing a dream world where she becomes transfixed by an overpowering spiritual connection. This unlikely teacher shows Sammi how to move beyond her physical self, to be open to other levels of existence, to break free from the emotional bonds that hold her back.
As an exciting relationship blossoms in her present life, Sammi stumbles upon a centuries-old past, forcing her to examine personal beliefs as she struggles to stay adrift in both worlds. Held spellbound by her extraordinary history, she retraces her past life, discovering that it holds the key to her current dilemmas. She soon becomes entangled in a mysterious murder from which there is no turning back. Sammi must now solve the crime in order to cut the cord that binds her to a long-ago past, freeing her at last to live fully in the present.
Kathryne Arnold has interweaved themes of the paranormal with the current realities of everyday life, creating a complexly rich psychological tale. The Resurrection of Hannah is an unforgettable story of self-discovery, friendship, love beyond time and the resiliency of the human spirit.
Available to buy from...
Amazon.com   Amazon.co.uk   Nook   Kobo   GPlay   Paperback   Hardback
Also available in the Samantha Clark Mystery Series
The Fear of Things to Come 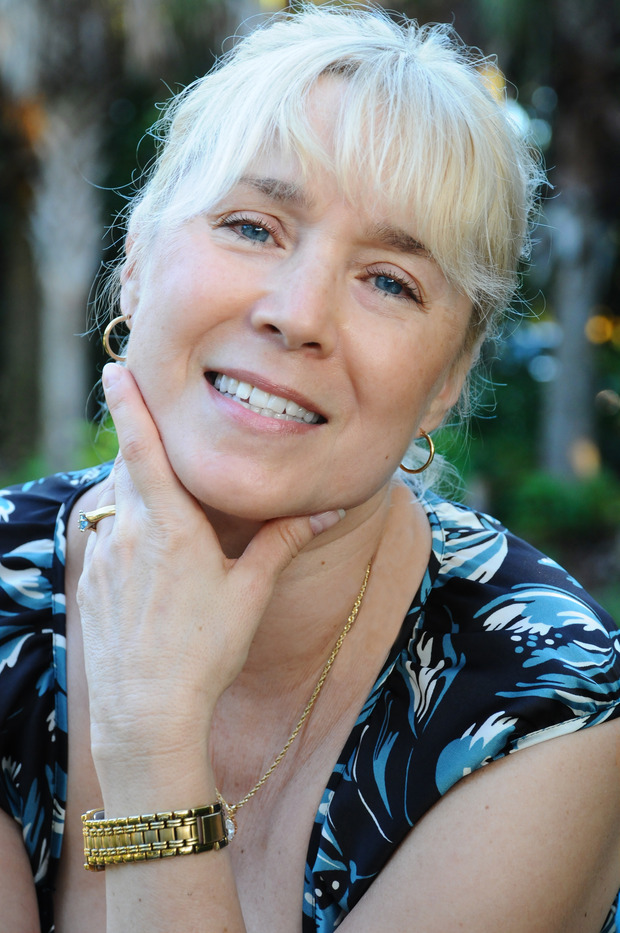 I was raised in the northeastern United States, in the heart of Pennsylvania Dutch Country, and resided in a half-dozen homes or towns throughout my growing up years. My father was a reverend with a flourishing career, moving the family to various parishes as his calling dictated, which I view in a positive light as I was exposed to different communities and lifestyles. After graduating from high school at the age of seventeen, I shook off my less worldly roots when I moved with my father to Massachusetts, a seemingly more sophisticated and progressive state. It was there that I embarked on a learning journey, thrilled at living so close to the sea in the artsy and historic fishing village of Gloucester, the hex signs and covered bridges soon a fond memory.
Thrilled to begin college in New England, I jumped in with both feet and managed to excel in biological and psychological studies, despite majoring in dating. Throughout my school years, I dabbled in poetry and short stories, purely for personal self-expression. I experimented with a couple of creative writing classes, but never pursued my secret desire of a writing career, feeling the vocation was too self-indulgent, not sensible enough for my German blood. I remained focused on psychology and received a Bachelor of Arts degree, upon which I secured my very first “real” job as a Senior Psychiatric Counselor at a group home for adults with mental illness. Wanting to further my learning, I attended Suffolk University in Beacon Hill in Boston, and graduated two years later, obtaining a Masters degree in Counseling and Human Relations.
Soon afterward, feeling weighed down by too many sunless days and frigid winters, I decided to move to a much lighter state, and settled in bustling Pinellas County in southwestern Florida. Over the next twenty years I concentrated further on my work in counseling and social services and became a licensed practitioner. During these years, my career included being a social services director for a nursing center, program manager for a rehabilitation agency, social services consultant for nursing centers, program director of an Alzheimer’s unit, and a hospice counselor.
Several years ago, due to a deep longing to express my feelings in an alternative manner, I literally sat down one day and began writing my first novel. The resultant book, The Resurrection of Hannah, (published in 2011) had been born out of a series of powerful dreams, along with compelling and coexisting experiences that inspired me to create a story that would capture the strength of my emotions. I had a yearning to shape a tale based around individuals in my life that I believed would make engaging characters. I had a strong desire to experience a higher level of creativity, to literally produce something out of nothing– a fascinating and challenging endeavor I could not ignore. It was during this time that I moved to Houston for three years, where I started a private practice as a psychotherapist and became a certified clinical hypnotherapist.
But I grew “antsy” as my father used to say and decided to move back to friends and family in Florida and worked again at the local Hospice, then more recently in community and private mental health. Once bitten by the writing bug, I could not help but pen my second work of fiction, The Fear of Things to Come, published in the summer of 2012. I am now in the process of writing another novel in what I consider a unique collection of adventure stories, the third in the Samantha Clark Mystery Series.
Follow the author on the following sites...
Facebook   Twitter   Pinterest   Goodreads   Amazon