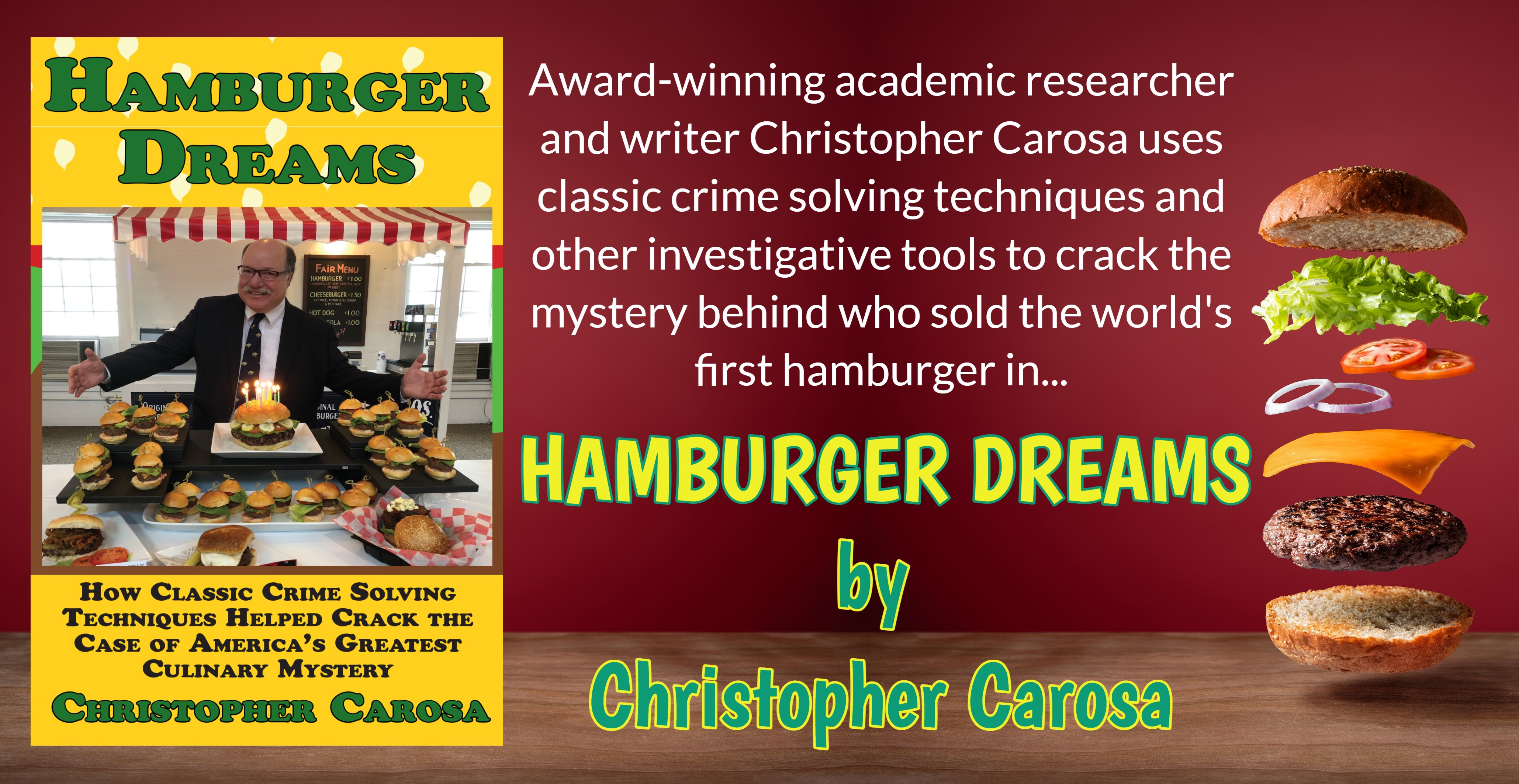 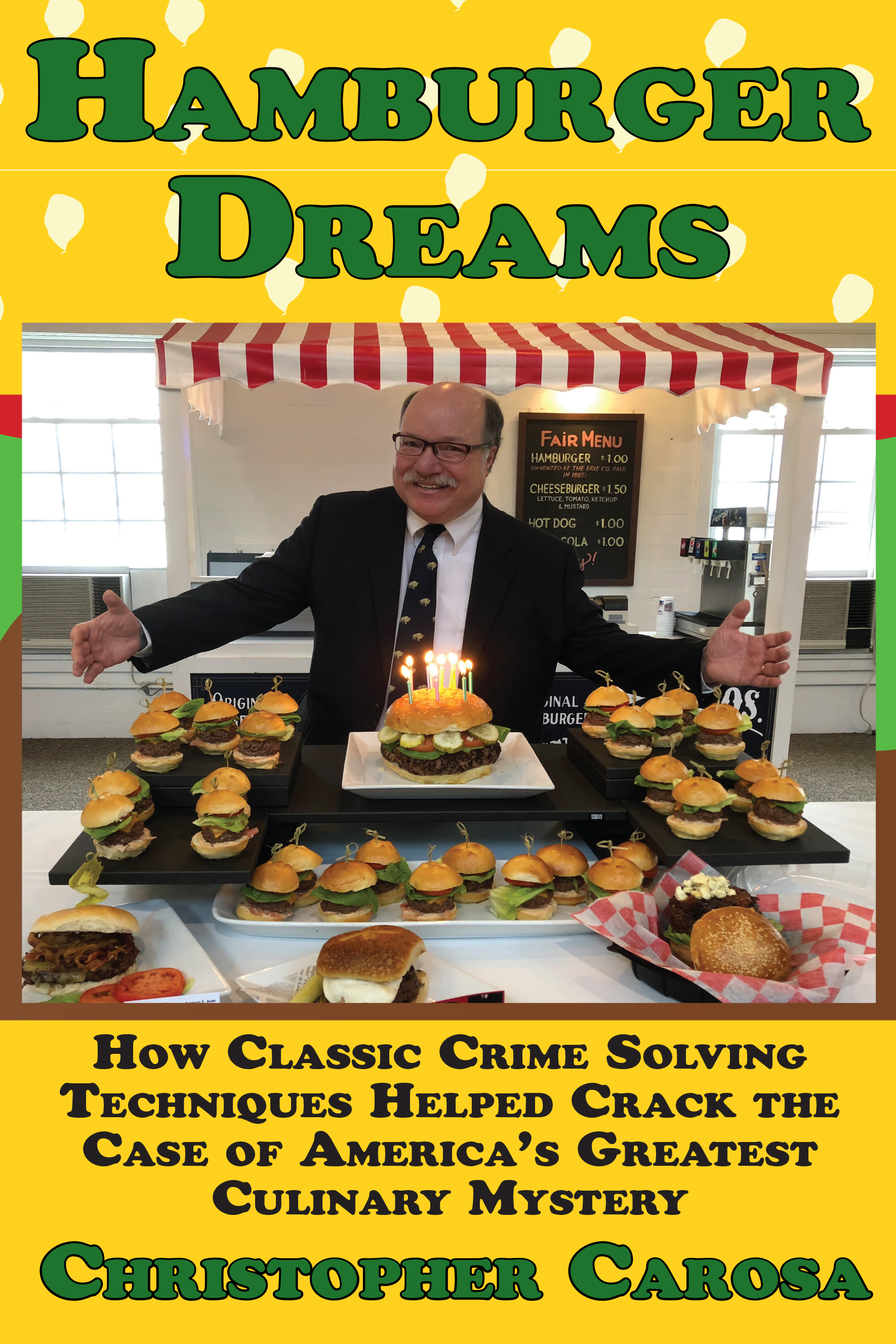 Within the mists of time lie buried uncoverable answers to history's most compelling questions.
What really happened to the lost continent of Atlantis?
How did ancient Greeks possess the technology to create the Antikythera mechanism and what did they use it for?
Why did hundreds of people suddenly start dancing in the streets of Strasbourg during July 1518 and then, just as suddenly, die?
Who was Jack the Ripper?
And, finally, where did Amelia Earhart end up?
These questions pale to the ultimate mystery.
It's the mystery behind something that has touched us all and will continue to touch generations into the future. It's the mystery behind a trillion-dollar industry. It's the mystery behind something so simple, so common, so obvious, that no one bothered to write it down. It is, the birth of the world's first hamburger.
Did the 1904 World's Fair in St. Louis really inaugurate the "hamburg sandwich" as purportedly described in a New York Tribune article that same year and as said to be taught by McDonald's famous Hamburger University?
Or was the first hamburger served in 1900 at Louis Lunch, a diner in New Haven, Connecticut as reported by the New York Times and recognized as such by the Library of Congress?
Or did Fletcher "Old Dave" Davis first place a ground beef patty on bread in "the late 1880's" as suggested by the Dallas Morning News?
And, if the hamburger really was first invented in 1885 either by Charles Nagreen at the Outagamie County Fair in Seymour, Wisconsin, or by Charles and Frank Menches at the Erie County Fair in Hamburg, New York, which fair occurred first?
Cynics will tell you we can never discover who really sold the first hamburger just because there is no smoking gun proof. By coincidence, literature's most famous detective appeared at the same time the first hamburger was sold. Would he have conceded just because the case lacked a credible eye witness? Would he say it's impossible to know who among the usual suspects most likely sold the first hamburger? No. Sherlock Holmes didn't rely on the existence of a smoking gun. He used something more convincing: the power of deduction.
Award-winning academic researcher and writer Christopher Carosa uses these classic crime solving techniques and other investigative tools to crack the mystery behind who sold the world's first hamburger. In Hamburger Dreams, Carosa submits his findings in much the same way a DA might present a final summation to the jury.
Available to buy from the following sites...
Amazon Paperback   Barnes and Noble  Kindle
""It gives me delight to report Hamburger Dreams is both scrupulously researched and written with graceful style. I could not put it down and finished it in a single sitting." Craig Shelton, James Beard Award Winning Chef, Shelton Hospitality Group

"In Hamburger Dreams Chris Carosa has created the most savory of culinary whodunnits, using the techniques of modern crime solving to examine the four major 'suspects' who claim to have created the World's most famous sandwich." Simon Majumdar, Author (Eat My Globe), Foodand Travel Writer, Broadcaster, Podcaster
"Hamburger Dreams is a fascinating and well-researched account of the origin of the hamburger. Part culinary-mystery and part documentary, I thoroughly enjoyed both Chris Carosa's investigation and the delightful way in which it was presented." Liz Petty, Creator - culinarymysteries.net
Enjoy an excerpt
Hiram P. Hopkins woke up Friday morning to threatening skies. The skies didn’t bother him. After the last nine months, nothing more could bother him. It was the last day of the annual Erie County Fair. He had accomplished much, despite his apparent youth. Why should that have surprised anyone?
He inhaled a deep satisfying breath of the moist morning air. For a moment, Hiram’s mind drifted back to another morning nine months earlier. “The Erie County Agricultural Society held its annual meeting at Kopp’s Hotel, Abbott’s Corners, Wednesday, Jan. 21st. H.P. Hopkins of Buffalo was elected president.” He remembered reading that in The Buffalo Commercial the previous January. He was but twenty-nine years old when the Society tapped him to replace long-time president John Kraus...
Walking the fairgrounds under darkening skies before the gates opened that Friday morning, Hiram surveyed the vast expanse of his accomplishment. All around the grounds he saw happy faces beneath the many vendor tents and booths that dotted the landscape. As a result of Thursday’s dense crowds, they were no doubt flush with cash. If they were worried about the chance of rain, they didn’t show it.
As Hiram neared the now-finished grandstand, he did spy upon two dour faces. These were the Ohio brothers. A few years younger than he was, Hiram took a natural liking to them. He wandered over to their tent to see what troubled them.
“Mr. Hopkins,” began the older brother, “we’ve sold out of sausage for our sandwiches. Do you know where we could buy more?”
Hiram reflected for a moment. He felt a raindrop touch him. He knew exactly who the boys should go to.
It may have seemed inconsequential at the time, but, in that instant, Hiram P. Hopkins’ answer would forever change mankind in a way that continues to touch nearly every man, woman, and child in the world today…
More books by the author

Christopher Carosa was born on the third floor of Mercy Hospital in Buffalo, New York on a hot summer morning in mid-July, 1960. Barely a Kindergartner, he and his younger brother produced a daily newspaper (for just one day, and mainly as an excuse to type on their mother's vintage typewriter). He conducted his first public reading in first grade at the age of six, where he read a story he wrote about "Herbie the Helicopter" (sort of like "the little train that could" except with rotors instead of wheels).
Later, as a teenage rebel who detested all things literature and English class, he once joined with a small band of classmates in tenth grade who refused a class assignment to read a novel and write an analysis of it. The teacher gave each of the renegade students a stern choice: "either do the assignment or write your own novel." While all his friends bowed to their instructor and did the assignment, Mr. Carosa held firm. He wrote his first novel "Armageddon" (a geo-political sci-fi epic set in the not-so-distant future). His teacher gave him an "A" and went so far as to suggest the budding scientist might have a dual career as a writer a la Isaac Asimov.
The young Carosa laughed at the suggestion, but remained a closet author, coming out rarely and when it was least expected. He agreed to serve as treasurer of his high school literary magazine Equinox, but only if the editors agreed to publish his sophomoric send-up of Star Trek. They reluctantly acceded to his demands. He went on to oversee a then record-breaking sale of the flimsy carbon-copy annual, mostly by offering to personally autograph every copy sold ("You never know," he told unsuspecting buyers, "I might be famous some day.")
Despite his best efforts, such as organizing a union of AP English Students (U.A.P.E.S.) and leading a "strike" where the entire class skipped one day, he passed his English classes. He found his antics fared no better in college, where his mocking essays failed to incite the professor, who instead enjoyed them for their "change of pace."
Now a full-fledged adult, Carosa began writing in earnest the last few weeks of his college career. With hours of computer time left in his account and his senior thesis complete, he spent his remaining time using an archaic word processor to create entertaining tidbits for his friends.
And that was it.
The author within him went into hiding. He still wrote, but no one knew. He accumulated pages and pages, then floppy disks and floppy disks and then finally hard drives full of creative content. Some of it will never see the light of day (and probably shouldn't). Some of it you see here and will continue to see.
Follow the author on the following sites...
Website   Facebook   Twitter   Goodreads   Amazon 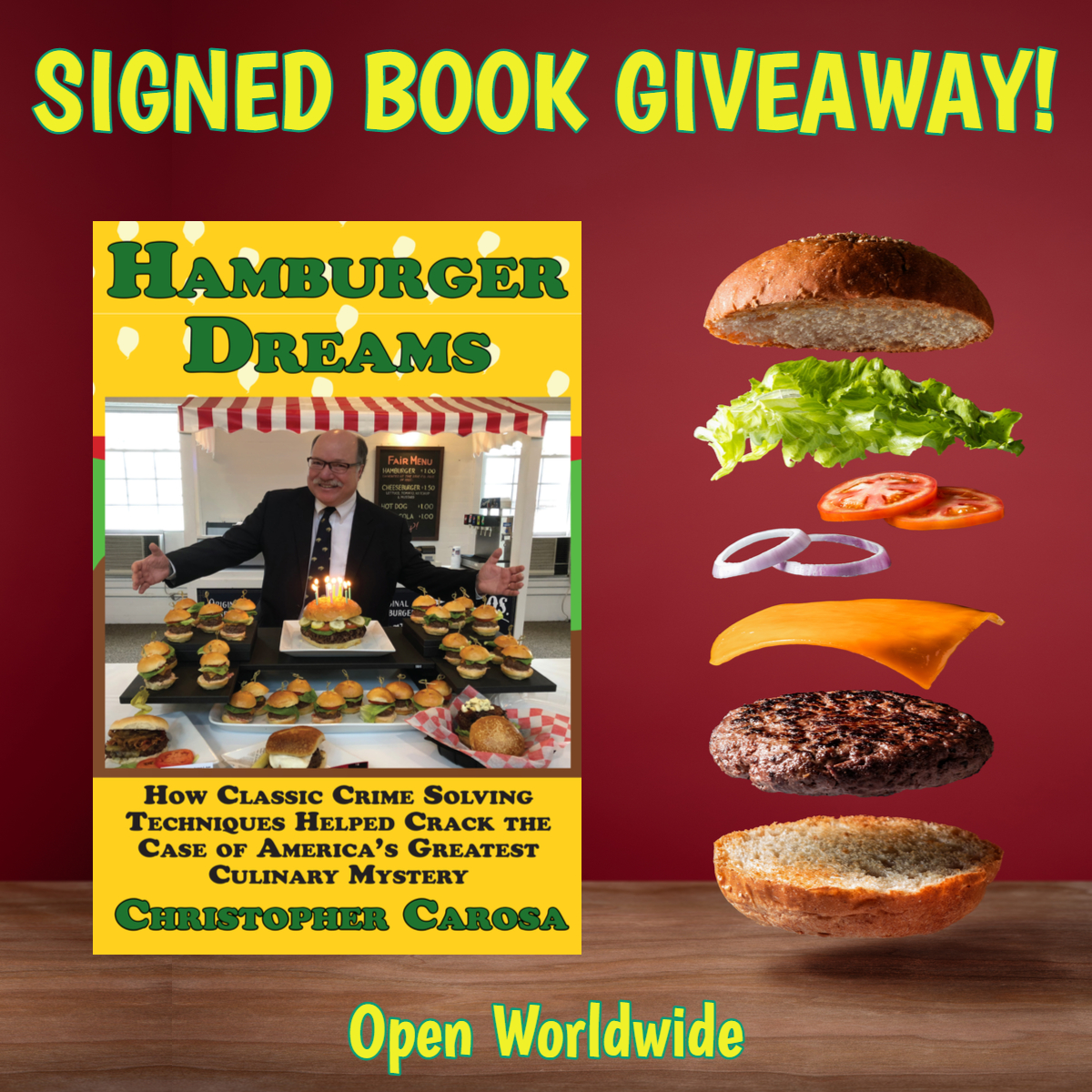