From the twisted mind behind mega hit My Lovely Wife comes the story of a family—not unlike your own—just with a few more violent tendencies thrown in....

He Started It by Samantha Downing 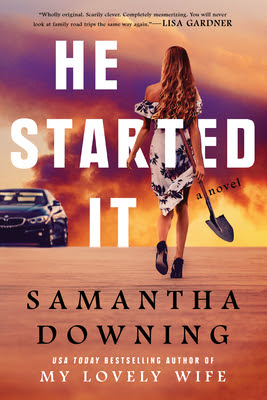 Beth, Portia, and Eddie Morgan haven't all been together in years. And for very good reasons—we'll get to those later. But when their wealthy grandfather dies and leaves a cryptic final message in his wake, the siblings and their respective partners must come together for a cross-country road trip to fulfill his final wish and—more importantly—secure their inheritance.

But time with your family can be tough. It is for everyone.

It's even harder when you're all keeping secrets and trying to forget a memory—a missing person, an act of revenge, the man in the black truck who won't stop following your car—and especially when at least one of you is a killer and there's a body in the trunk. Just to name a few reasons.

But money is a powerful motivator. It is for everyone.

My Thoughts… What did I read?   It started as a story of 3 siblings along with 2 of their spouses going on a trip across the country while retracing a trip they took with their grandfather years earlier.    Then people were being followed, things went missing, there were deaths, missing people, drugging’s, and so much more.

He Started It is a slow read.   It kept me entertained but it didn’t move at a fast pace.   There was a lot of details to the locations and the reasons for the stops along the way.  The details were all necessary due to the tying together of the two trips.   I was intrigued at the different places they stopped and the memories of what happen at each stop.   The characters all had their own memories of the trip but they came together for a very intriguing story. 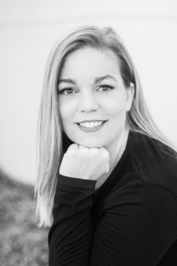 Meet Samantha Downing...Samantha Downing is the author of the bestselling My Lovely Wife, nominated for Edgar, ITW, Macavity, and CWA awards. Amazon Studios and Nicole Kidman's Blossom Films have partnered to produce a feature film based on the novel.Her second novel, He Started It, was released in 2020 and became an instant international bestseller.She currently lives in New Orleans, where she is working on her next thriller.