Cover Reveal for You Spin my by Karen Grey

We are thrilled to be bringing you the cover reveal for the third book in Karen Grey's RomCom series, Boston Classics.

Say hello to YOU SPIN ME!

You Spin Me, will release on April 29th, make sure to pre-order your copy today! 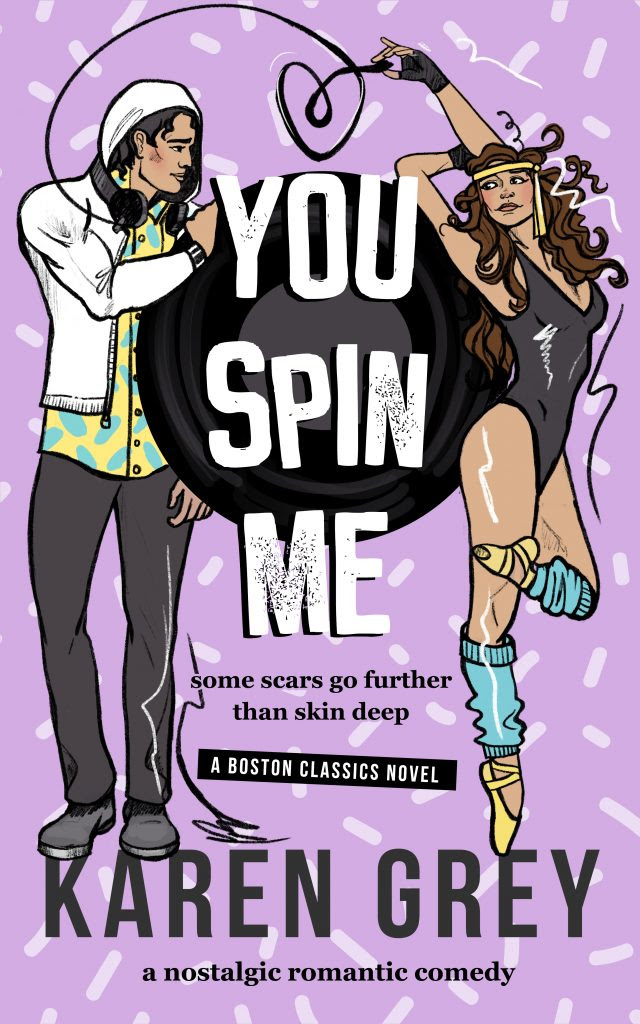 1988 doesn’t end well for Jessica Abraham. In just one week she turns thirty, loses her day job, and loses the role of Ophelia to a younger actress. Rallying, she goes after a part at a theater outside of the city, but the director’s plan to hide her beauty behind hair, makeup, and wardrobe from Cosmo’s “Don't” column shakes her confidence to the core. For the first time in her acting career, she won’t be able to rely on her carefully managed physical charms. Only her craft will count. On a snowy night early in January 1989, a woman calls into DJ Callihan Alonso’s alt-rock radio show at the end of her commute. He asks her to call back the next night, and the next, just so he'll know she’s home safe. There's something about her voice that has him wanting more, but the longer they talk, the closer she gets. Compromising each and every wall he's built around his heart. If two lonely people fall in love over late-night phone calls, will meeting face-to-face make them, or break them?

In this heart-rending but happy-ending retro romcom, it may be the end of a decade,

but it’s the beginning of a love story. 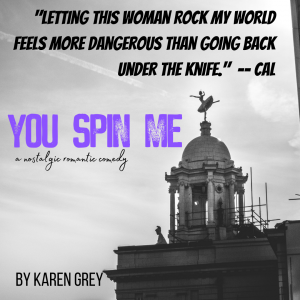 As you wait to dive into the story on April 29th,

check out Karen's Spotify You Spin Me playlist! 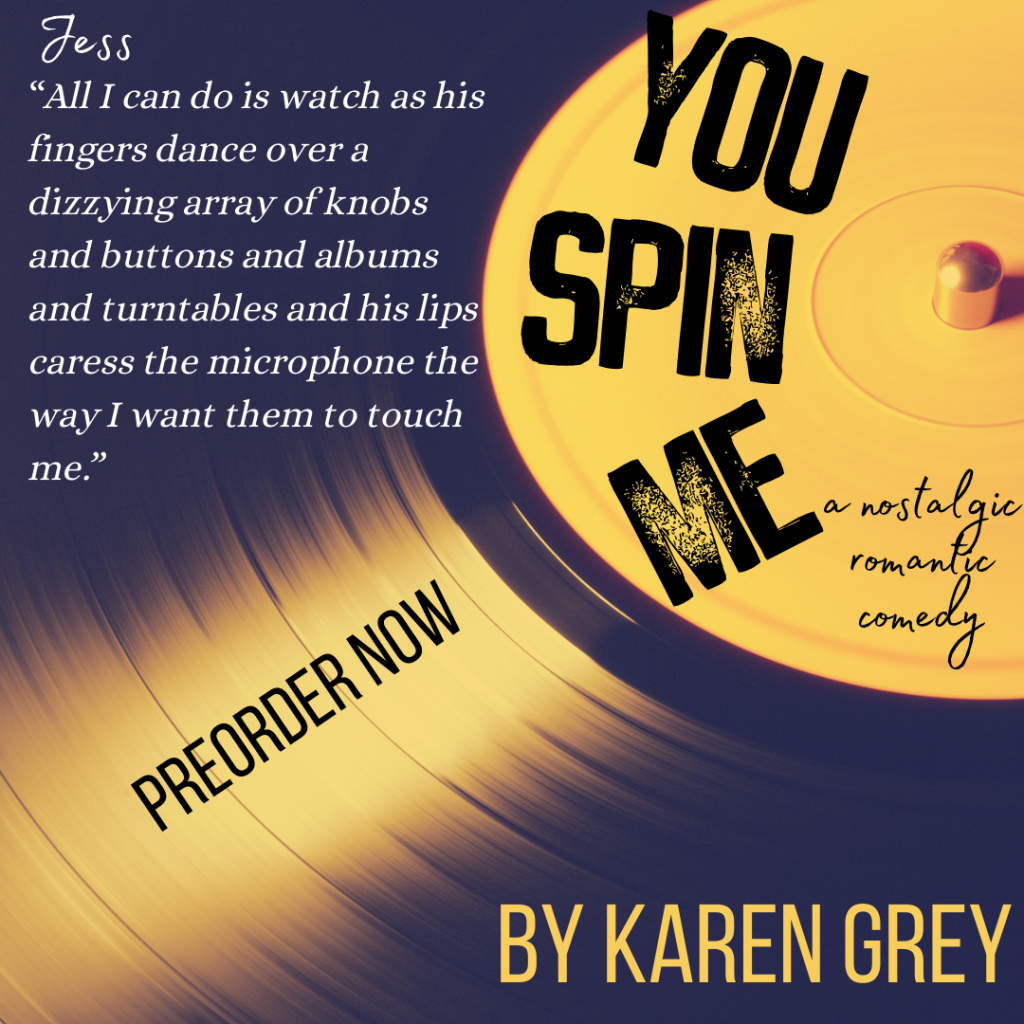 And don't forget to meet the other couples of Boston Classics: 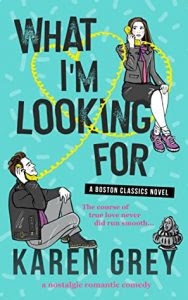 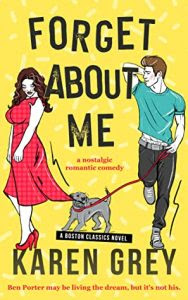 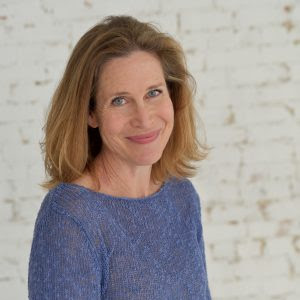 KAREN GREY is the pen name for award-winning narrator Karen White. A stage, screen and radio drama actor in Boston, New York and Los Angeles in the late 20th century, she started recording books in 1999. Now back in her home state of North Carolina, she shares a home with her family and (probably) too many pets, where she continues to narrate audiobooks as well as make up stories. The first three books in her Boston Classics series of retro romcoms released in 2020, with more to come in 2021. What I'm Looking For, #1 in the series is the winner of AudioFile Magazine's Earphones Award, the NJ Romance Writers' Put Your Heart in a Book contest and Hearts Through History’s Romance Through the Ages contest in the Modern History category.

And don't forget to join Karen Grey's Newsletter for all the most up-to-date info!