Review for The Forest of Vanishing Stars by Kristin Harmel 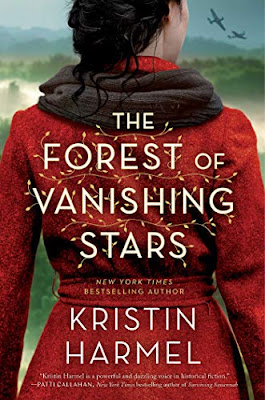 The Forest of Vanishing Stars by  Kristin Harmel

From Goodreads:  The New York Times bestselling author of the The Book of Lost Names returns with an evocative coming-of-age World War II story about a young woman who uses her knowledge of the wilderness to help Jewish refugees escape the Nazis—until a secret from her past threatens everything.

After being stolen from her wealthy German parents and raised in the unforgiving wilderness of eastern Europe, a young woman finds herself alone in 1941 after her kidnapper dies. Her solitary existence is interrupted, however, when she happens upon a group of Jews fleeing the Nazi terror. Stunned to learn what’s happening in the outside world, she vows to teach the group all she can about surviving in the forest—and in turn, they teach her some surprising lessons about opening her heart after years of isolation. But when she is betrayed and escapes into a German-occupied village, her past and present come together in a shocking collision that could change everything.

Inspired by incredible true stories of survival against staggering odds, and suffused with the journey-from-the-wilderness elements that made Where the Crawdads Sing a worldwide phenomenon, The Forest of Vanishing Stars is a heart-wrenching and suspenseful novel.

My Thoughts…A toddler kidnapped, taken into the forest and raised to respect and understand the forest.   Little does she know that by being raised in the forest will save her life and many others as they run from the Nazi’s during World War II.

Yona has lived in the forest all of her life that she remembers and has been kept away from other people being told that they would cause problems for her.   When WWII forces people to hide in her forest she cannot ignore that they need her help and it could be a matter of life or death for all of them.   She opens herself up to let other people into her world.  I was amazed at how she was able to push past her awkwardness and fears.

The Forest of Vanishing Stars is on my top books of 2021.   I was pulled in from the very beginning and had to continue reading.  Everything about Kristin Harmel’s words brought the book to life for me.  I could feel for the characters, I could picture the way that they were forced to live, I could feel their fears, and I could see their strength as the worked together, put their lives on the line just to stay alive.

**Thank you NetGalley for a copy of the book in exchange for my honest opinion. 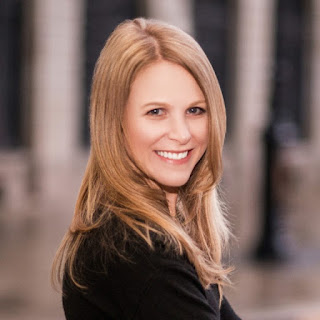 Meet Kristin Harmel…Kristin Harmel is the New York Times bestselling, USA Today bestselling, and #1 international bestselling author of The Book of Lost Names, The Winemaker’s Wife, and a dozen other novels that have been translated into twenty-nine languages and are sold all over the world.

A former reporter for PEOPLE magazine, Kristin has been writing professionally since the age of 16, when she began her career as a sportswriter, covering Major League Baseball and NHL hockey for a local magazine in Tampa Bay, Florida in the late 1990s. After stints covering health and lifestyle for American Baby, Men’s Health, and Woman’s Day, she became a reporter for PEOPLE magazine while still in college and spent more than a decade working for the publication, covering everything from the Super Bowl to high-profile murders to celebrity interviews. Her favorite stories at PEOPLE, however, were the “Heroes Among Us” features—tales of ordinary people doing extraordinary things.

In addition to a long magazine writing career (which also included articles published in Travel + Leisure, Glamour, Ladies’ Home Journal, Every Day with Rachael Ray, and more), Kristin was also a frequent contributor to the national television morning show The Daily Buzz and has appeared on Good Morning America and numerous local television morning shows.

Kristin was born just outside Boston, Massachusetts and spent her childhood there, as well as in Columbus, Ohio, and St. Petersburg, Florida. After graduating with a degree in journalism (with a minor in Spanish) from the University of Florida, she spent time living in Paris and Los Angeles and now lives in Orlando, with her husband and young son. She is also the co-founder and co-host of the weekly web show and podcast Friends & Fiction.