Review of A Thin Disguise by Catherine Bybee

A Thin Disguise by Catherine Bybee

From Goodreads:  A former gun for hire and a federal agent find themselves on the right side of love but the wrong end of a bullet in this Richter installment from New York Times bestselling author Catherine Bybee.

On a fateful night in Las Vegas, FBI agent Leo Grant is working on a critical detail in a high-profile child prostitution trial when a beautiful woman jumps into the path of a bullet meant for him. Little does Leo know that the woman is Olivia, an ex-assassin who is seeking redemption one good deed at a time.

One minute, Olivia is lunging in front of Leo on the Vegas Strip. The next, she’s waking up in the hospital in a haze of pain with no memory of her past, her enemies, or even her own name.

With Olivia suffering from memory loss and completely unaware of the danger she is in, it’s up to Leo and Neil MacBain’s team of operatives to keep her safe. With Olivia and Leo both unaware of her past crimes, the two have little reason to avoid their growing attraction. Slowly her past seeps in through the cracks as she struggles to find the answers of who she is. When the veil is lifted and her dark past is staring her down, Olivia must turn her back on Leo and the love she can never allow herself to have, and race to find her would-be killer.

My Thoughts… Olivia is fun.  Maybe that is not the word that most would use to describe her, but I thought she was a fun character.   She kept me guessing at what her life would be and when it would happen.   She starts with not remembering anything about her life, she would realize that she knew things but was never really sure how she knew them.   Leo was the only person who did not know of her history, and he was “her person” as she worked towards remembering them.    As the attraction between them grows and her past life comes to life, I was excited to see it all play out.

I have enjoyed this series and seeing how the Richter Academy plays a role in the characters.   The strength of the women and the lives that they are living are so much fun to read about.   The Richter Series is a spin off of another of Catherine Bybee’s series, The First Wives Series, but those books do not have to be read to enjoy this series.   I do feel like The Richter Series is best read in order as some of the events in the first book do add to what is happening in the second book.   It is fun to get to the know the characters as they evolve through the series. 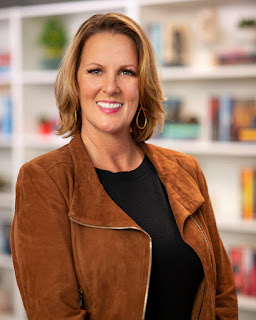 Meet Catherine Bybee…Catherine is a #1 Wall Street Journal, Amazon, and Indie Reader bestselling author. In addition, her books have also graced The New York Times and USA Today bestsellers lists. In total, she has written thirty-six beloved books that have collectively sold more than 10 million copies and have been translated into more than twenty languages.

Raised in Washington State, Bybee moved to Southern California in the hope of becoming a movie star. After growing bored with waiting tables, she returned to school and became a registered nurse, spending most of her career in urban emergency rooms. She now writes full time and has penned The Not Quite series, The Weekday Brides series, The Most Likely To series, and The First Wives series.