Cover Reveal for The Debt by Quinn Miller 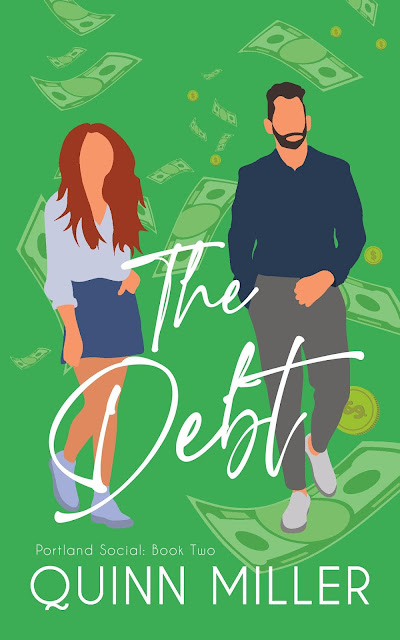 For Gretchen Holt, it was barely a debt.
It wasn’t something she thought about, day in and day out. She didn’t feel she was owed a single thing in this life—she learned that early on.
She wanted something, though.
That something else went by the name of Chase Carmichael. The very man who’d taken possession of her heart, years ago.
He just didn’t know it.
He also wasn’t supposed to know about the worst night of her life, let alone witness it.
But he did.
For Chase, it was the debt of all debts. The thing he lived for, on a mission to make things right between them.
He didn’t want to believe a secret could destroy so much—let alone the same girl he so desperately wants to save.
Will the perfect time ever come for them, or will his attempt at payback make them both sorry they ever tried to begin with? 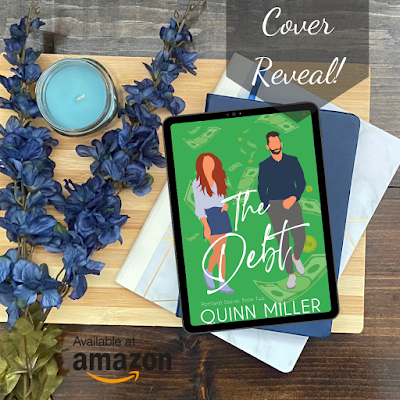 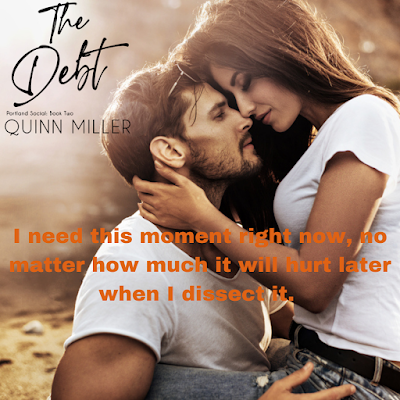 Quinn Miller lives in the Pacific Northwest with her husband, two daughters, and a crazy dog who her family calls her boyfriend. She loves to write stories that make readers feel, with a dash of spice added in. 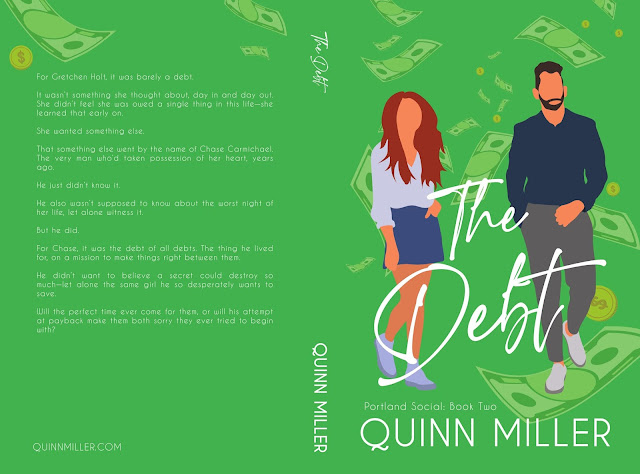