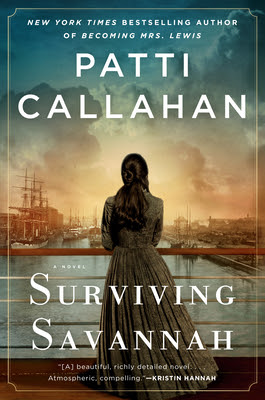 It was called "The Titanic of the South." The luxury steamship sank in 1838 with Savannah's elite on board; through time, their fates were forgotten--until the wreck was found, and now their story is finally being told in this breathtaking novel from the New York Times bestselling author of Becoming Mrs. Lewis.

Everly's research leads her to the astounding history of a family of eleven who boarded the Pulaski together, and the extraordinary stories of two women from this family: a known survivor, Augusta Longstreet, and her niece, Lilly Forsyth, who was never found, along with her child. These aristocratic women were part of Savannah's society, but when the ship exploded, each was faced with difficult and heartbreaking decisions. This is a moving and powerful exploration of what women will do to endure in the face of tragedy, the role fate plays, and the myriad ways we survive the surviving.

My Thoughts…I had never heard of the Pulaski but now that I have read Patti Callahan’s Surviving Savannah, I am curious to find out more.   The dual timelines are perfect.   They each tell the story of Pulaski with the real experience coming in the 1838 timeline and the present timeline tells of the research of the Pulaski.

The persistence of Everly and her research was wonderful.   The lengths she went to and how that research was able to push her to start living her life again, a life that she had not been fully living since the loss of her best friend.

Lilly and Augusta are able to tell their story as the ship explodes, they are thrown into the cold waters, and are doing everything they can to just survive.   I was in awe of their strength and their will to live.   Their lives were at risk and their futures unknown, yet they never stopped hoping to find land and be saved.

Surviving Savannah will be one of the top historical fiction books of 2021 for me.

**Thank you Tara O'Connor for a copy of the book via NetGalley in exchange for my honest review. 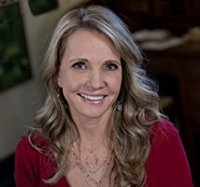 Meet Patti Callahan…Patti’s books include Losing the Moon, Between the Tides; Where the River Runs; When Light Breaks; Between the Tides; The Art of Keeping Secrets; Driftwood Summer; The Perfect Love Song: A Holiday Story; Coming Up for Air; And Then I Found You; The Stories We Tell; The Idea of Love, The Bookshop at Water’s End, Becoming Mrs. Lewis and The Favorite Daughter.  WILD SWAN, a novella and story of Florence Nightingale will be released on December 10, 2020, as an Audible Original performed by Cynthia Erivo. Her upcoming historical fiction, Surviving Savannah will be released on March 9, 2021.

A finalist in the Townsend Prize for Fiction, an Indie Next Pick, an OKRA pick, and a multiple nominee for the Southern Independent Booksellers Alliance (SIBA) Novel of the Year, Patti is published in numerous languages. Her articles and essays have appeared in Southern Living, PINK, Writer’s Digest, Garden and Gun, Portico Magazine, Love Magazine (UK), Red Magazine (UK), Atlanta Journal, Birmingham Magazine, and more.

Her essays can also be found in anthologies and collections such as Our Prince of Scribes: Writers Remember Pat Conroy; Southern Writers Writing, and State of the Heart. Patti is a frequent speaker at luncheons, book clubs, and women’s groups.

Growing up in Philadelphia as the daughter of a Presbyterian minister, Patti learned early the value of storytelling. At the age of twelve, her family moved to South Florida where Patti found the sanctuary of libraries and began her slow but steady journey into understanding the power of story to navigate confusing times in life.

The mother of three children, she now lives in both Mountain Brook, Alabama, and Bluffton, South Carolina with her husband.