Review for A Million Reasons Why by Jessica Strawser

A Million Reasons Why by  Jessica Strawser 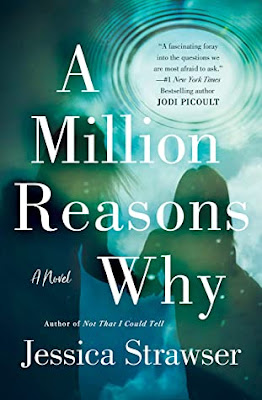 When two strangers are linked by a mail-in DNA test, it’s an answered prayer―that is, for one half-sister. For the other, it will dismantle everything she knows to be true.

But as they step into the unfamiliar realm of sisterhood, the roles will reverse in ways no one could have foreseen.

Caroline lives a full, happy life―thriving career, three feisty children, enviable marriage, and a close-knit extended family. She couldn’t have scripted it better. Except for one thing:

She’s about to discover her fundamental beliefs about them all are wrong.

Sela lives a life in shades of gray, suffering from irreversible kidney failure. Her marriage crumbled in the wake of her illness. Her beloved mother and lifelong best friend passed away. She refuses to be defined by her grief, but still, she worries about what will happen to her two-year-old son if she doesn’t find a donor match in time.

She’s the only one who knows Caroline is her half-sister. That Caroline may be her best hope for a future. But Sela’s world isn’t as clear-cut as it appears―and one misstep could destroy it all.

After all, would you risk everything to save the life of the person who turned yours upside down?

From the moment Caroline meets Sela, both must reexamine what it really means to be family, the depths of a mother’s love, and the limits and the power of forgiveness.

My Thoughts…Family secrets, domestic drama, and DNA tests all add up to a story that I could not put down.   Caroline’s husband buys a great present for her family.  Unfortunately, the present brings drama and hurt.   The DNA test shows a surprise connection that Caroline is not able to let go.   As she learns more about Sela, Sela’s mother, and the mother’s relationship to her family she realizes that there are many things about her own family that she did not know about.   Family secrets are let out, feelings are hurt, and relationships are tested.

As the story went along, I thought I could see where it would end until the twist happen.   The twist…amazingly perfect.   It added just the right ah ha at the right time to make me want to talk to everyone about this book.

**Thank you, Jessica Strawser, Tall Poppy Writers, and NetGalley for a copy of the book in exchange for an honest review. 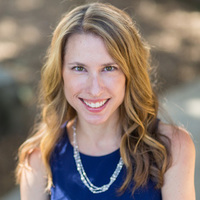 Meet Jessica Strawser…Jessica Strawser is the editor-at-large at Writer’s Digest, where she served as editorial director for nearly a decade and became known for her in-depth cover interviews with such luminaries as David Sedaris and Alice Walker. She’s the author of the book club favorites Almost Missed You, a Barnes & Noble Best New Fiction pick; Not That I Could Tell, a Book of the Month bestseller; and her latest, Forget You Know Me, now new in paperback. Her fourth novel, A Million Reasons Why, is coming in March 2021 (all from St. Martin’s Press).

Honored as the 2019 Writer-in-Residence at the Public Library of Cincinnati and Hamilton County, Strawser has written for The New York Times Modern Love, Publishers Weekly and other fine venues, and lives in Cincinnati with her husband and two children. A contributing editor for Career Authors and an active Tall Poppy Writer, she keynotes frequently for book clubs, libraries, writing conferences, and other events that are kind enough to invite her. She tweets @jessicastrawser and enjoys connecting on Facebook and Instagram.