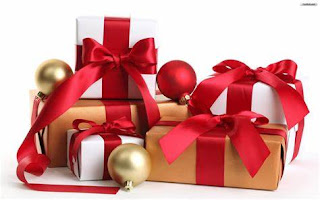 Lynda Renham is a UK author that I've read 15 of her books.   With each book, I meet quirky and fun characters.   Many times they find themselves in unique situations and use unique ways to get themselves out of those situations.   I am not going to share all of her books below but I recommend reading them all. 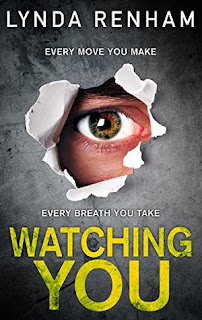 Published April 5th 2018 by Raucous Publishing
Ewan Galbreith is out of prison.

Fifteen years earlier she saw Ewan murder her aunt and uncle with their own shotgun, and now he’s coming for her. 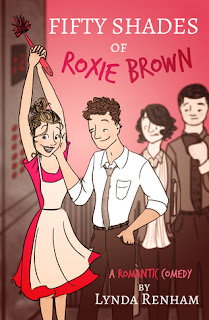 Published August 13th 2015 by Raucous Publishing
Roxie Brown loves erotica and her friend, Sylvie, loves crime … novels of course. On a girls' night out they meet The Great Zehilda, the tea leaf reader, and suddenly Roxie’s Fifty Shades fantasies about her millionaire boss, Ark Morgan, look about to become a reality. But then she looks through the telescope and her life is turned upside down. Roxie and Sylvie, with help from Sylvie’s flatmate, Felix, set out to crack the case. Can Ark Morgan save her or is he the man she should be running from? Then enter Sam Lockwood and her heart is shot with another arrow. Come with Roxie Brown on her hilarious crime-busting romantic adventure and discover if the love of her life is the man of her dreams or if the man she loves is her worst nightmare.
Add to your MUST-READ list on Goodreads 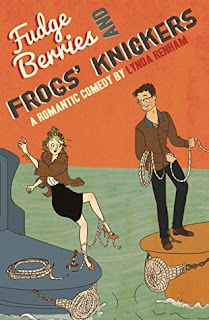 Published January 22nd 2015 by Raucous Publishing
Poppy Wellesley is rich. In fact Poppy Wellesley is very rich, so when her fortunes change from riches to rags Poppy has to start a whole new life. Put yourself in her Guccis as she swaps her penthouse apartment for a run-down houseboat on Regent’s Canal. Meet her dippy friend Chelsea, the infamous Jack Diamond (see The Dog’s Bollocks) and her hunky boat neighbour, Taylor. Will Poppy hold on to her millionaire fiancé or will Pug-face Pandora steal him from her? Can she avoid the advances from Balls (Lord Balthazar Wyndham-Price) or does she find true love on the canal? Fudge Berries and Frogs’ Knickers is a romantic comedy roller coaster ride that will put a smile on your face and a cheer in your heart. 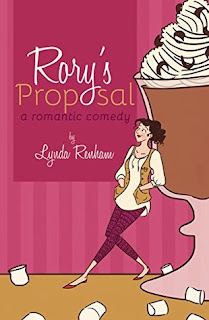 Published July 25th 2014 by Raucous Publishing
When 29-year-old Flora Robson reversed her car into Tom’s Audi she had no idea who he was. Only after she has started to fall in love with him does she discover the gorgeous blue-eyed Tom is the man who is trying to close down her hairdressing business. It seems that Tom will stop at nothing to get what he wants, but Flora is not giving in to anyone. Can she win the battle against her multimillionaire enemy or will her feelings for him get in the way? Follow Flora’s hilarious journey of love, hot chocolate and marshmallows, and the man who changes everything. 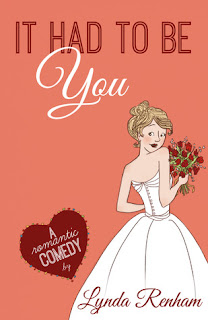 It Had to Be You

Published February 11th 2014 by Raucous Publishing
When 29-year-old Binki Grayson is offered a Christmas bonus by her boss at the office party she didn t imagine he meant a quickie over his desk. Things for Binki just go from bad to worse and by Christmas Day she is not only jobless but boyfriend-less, so when she discovers her late Aunt Vera has left her something in her will she thinks things can only get better. What she doesn t realise is that her inheritance comes with a complication by the name of William Ellis. A mishmash of misunderstandings, sex-shop escapades, high finance and a blooming romance make It Had to Be You another hilarious romantic comedy by the uproarious Lynda Renham. 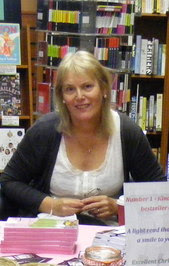 Meet Lynda
Lynda Renham has been writing for as long as she can remember and had her first work published in a magazine at age nine and has continued writing in various forms since. She has had several poems published as well as articles in numerous magazines and newspapers. Recently she has taken part in radio discussions on the BBC.
She has studied literature and creative writing and has a blog on her web page: www.renham.co.uk
Lynda lives with her second husband and cat in Oxfordshire, England. She is Associate Editor for the online magazine The Scavenger and contributor to many others. When not writing Lynda can usually be found wasting her time on Facebook.