REVIEW & GIVEAWAY for Money or Men by David Burnett 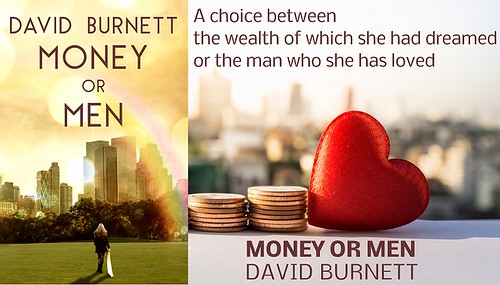 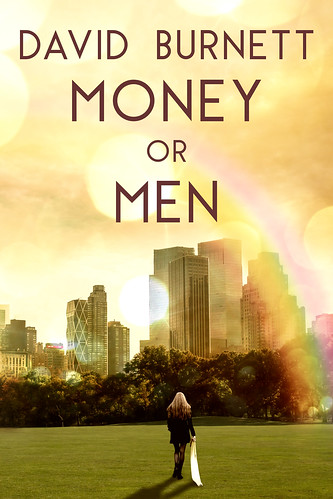 Erin chose “loot” when Chris, her former husband, competed for her hand against the god of money.

Now, eight years after leaving him, with a promotion within reach, she is poised to take her place among the elite of Wall Street. She will soon be working twenty-four-seven to reorganize a failing company, and she must have someone to care for her children.

She has few options, and she reluctantly concludes she must beg Chris for his help. She has not talked with Chris, written, texted, friended, private messaged, or tweeted Chris since leaving him, but if she cannot convince him to help her, she will lose her promotion. Her dream of wealth will vanish.

Opposites had attracted when they had fallen in love. Erin remembers a Chris who was laid back, satisfied, and unambitious. He seems not to have changed. He lives on a small island with no home mail delivery. He has no obvious means of support.

She fears if she asks Chris to care for their children for the summer, she will be drawn back into his world. She will lose her drive to succeed and everything for which she has been working. If he does not help her, her promotion will be denied, and lightning will not strike a second time. How can she send their children to live with him without becoming entangled herself?

If you have ever “wanted it all,” buy this book! You will enjoy discovering how Erin makes the choice between “love or loot.”

David Burnett is an author that I get excited about.   When a book is being released by him I am excited for the emotional ride, the wonderful characters, and the beautiful story that I know I will find.

With Money or Men I didn’t find all of that.     The main character, Erin, is someone who I thought was almost evil.    Her decisions were made only based on what she wanted which was to make money with little or no regard to how it would affect anyone else.    Her children and her estranged ex-husband are after thoughts in her life.    I believe that the fact that I am a mom made me less tolerant of her than I should have been.   I reacted to everything she did, said, and thought as her just being selfish.   While some of the things that happen to her are not okay no matter who you are, a lot of what happen to her is of her own doing.   At no time did I think she should get the happy ever after since she never really changed her ways.

A few times I wanted to put the book down and consider it a DNF (did not finish) but I was still invested in the lovely side of the story on her daughters and the fun they were having building a relationship with their father after 8 years of not being able to see him and how they all grew so much closer in the time that they had.   I liked that they were breaking their mom’s rules, living a happy life, and finding out what being a 12 year old was all about, which had me smiling as I was reading it.  I would rate this read a 3.5-4 stars and am looking forward to David’s next work. 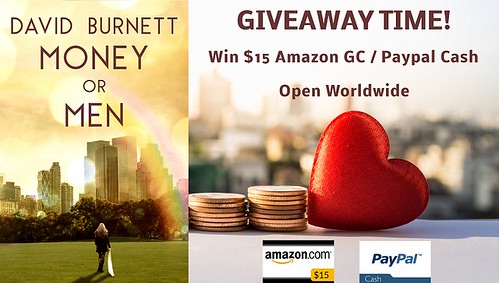