Review for The Missing Years by Lexie Elliott 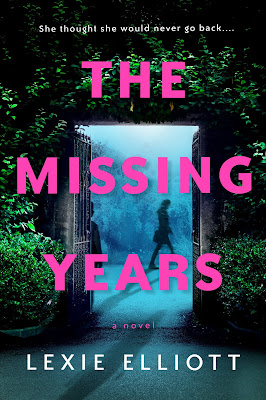 An eerie, old Scottish manor in the middle of nowhere that’s now hers.

Ailsa Calder has inherited half of a house. The other half belongs to a man who disappeared without a trace twenty-seven years ago—her father.

Leaving London behind to settle the inheritance from her mother’s estate, Ailsa returns to her childhood home, nestled amongst the craggy peaks of the Scottish Highlands, joined by the half-sister who’s almost a stranger to her.

Ailsa can’t escape the claustrophobic feeling that the house itself is watching her—as if her past hungers to consume her. She also can’t ignore how the neighbourhood animals refuse to set one foot within the gates of the garden.

When the first nighttime intruder shows up, Ailsa fears that the manor’s careless rugged beauty could cost her everything.

Ailsa Calder has invited her sister to live with her.   I loved that she opened her heart and her home to a sister that she hasn’t had a good relationship with for quite some time.   Things start happening when they move into the house that is in the middle of nowhere.     These things only seem to happen to Ailsa and she isn’t sure if she is going crazy or if she someone is trying to chase her away from the house she just inherited.    I wondered if something was haunting the house, was someone setting it up to scare Ailsa away, what was going on.

The writing was good, it was not a quick read.   I found it easy to put the book down and walk away but I was always pulled back to picking it up.    The characters were not easy to connect with, I think there was too much history that wasn’t told between them to be able to connect with them.   Both sisters seemed to keep their guard up and keep their hearts protected.

I was excited to see how it would all come together.   The ending surprised me, yet looking back I can see how it ended as it did.    Overall, I enjoyed the story.    I liked the setting, and the characters kept it all interesting.