Review for THE GREAT PRETENDERS by Laura Kalpakian 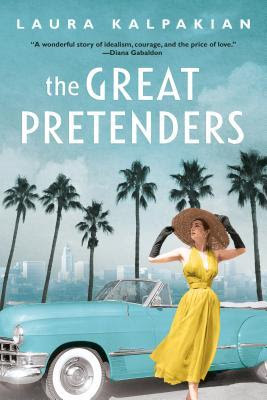 Outraged by her grandfather's illicit affair with Empire Pictures’ latest femme fatale, Roxanne Granville forsakes her position as Hollywood royalty and rejects the man who raised her, determined to strike out on her own. Backed by little more than the stubborn grit she inherited from her beloved grandmother, Roxanne sets up shop as a low-budget film agent for budding screenwriters.

When an old friend, exiled from Hollywood and Empire Pictures by her grandfather for being a Communist sympathizer, begs for her help, Roxanne decides to right the wrongs committed by her family by selling his script under someone else’s name. After all, it’s what her grandmother would have wanted.

Soon Roxanne finds herself at the helm of a lucrative business, having landed her secret clients a handful of major studio deals through willing front men. Her newfound freedom leads her to a passionate relationship with Terrence Dexter, an African American journalist and jazz aficionado. But Hollywood is ruthless when it senses a scandal. How long will it take before all of Roxanne's success comes crumbling down?

Picture a time when Reds (communists) are being blackballed, colored and whites are not allowed to date, and television is just starting to come into its own.   That is the timing of The Great Pretenders.    Roxanne is the granddaughter of the head of a movie studio, the daughter of a big-time actor and has lived a privileged life without much thought to how she got there.

I love, love, love how strong Roxanne is.    She stands up to her grandfather, she starts making waves in the movie world with her scripts and then has a relationship that will never be accepted in California.   As she stands up for those that Hollywood has pushed aside, she proves that she has a strength that will get her where she wants to go and that she has the connections to make things happen.     She knows that she has to trust people to help her along, keep her secrets, and make things happen but mostly it is all on her own strength and will power.

The names mentioned throughout this book, the movies mentioned, the television shows named are all iconic names.   They bring to life the timing of the book, the way life was at the time, and how the world worked in a time that maybe isn’t quite so different from the time we live in now.   While it was decades ago, there are plenty of similarities that I saw while reading this book and it opened my eyes to some of the world we live in. 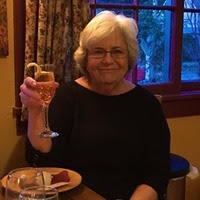 Laura Kalpakian has won a National Endowment for the Arts Fellowship, a Pushcart Prize, the Pacific Northwest Booksellers’ Award (twice), the Anahid Award for an American writer of Armenian descent, the PEN West Award, and the Stand International Short Fiction Competition. She has had residencies at the Virginia Center for the Creative Arts, the Montalvo Center for the Arts, and Hawthornden Castle in Scotland. She is the author of multiple novels and over a hundred stories published in collections, anthologies, literary journals and magazines in the U.S. and the U.K. A native of California, Laura lives in the Pacific Northwest.