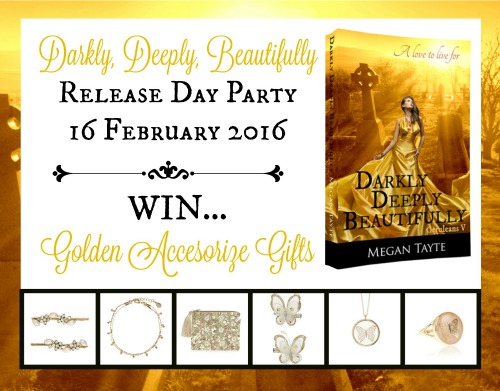 DARKNESS HAS FALLEN, AND SHE ALONE WILL SEE THE LIGHT.

With her mother’s life hanging in the balance, Scarlett is devastated – and done with being in the dark. She wants answers, all of them.

But when was her pursuit of the truth ever straightforward?

Pulling a single thread impels a great unravelling. And each revelation will force Scarlett to rethink what she thought she knew about the Ceruleans, the Fallen, her family – herself.

All that came before was a mere prelude to this, the last journey. From London to Twycombe to Hollythwaite to Cerulea, Scarlett will be stalked by the ghosts of what has been, what may have been and what may come to pass. Until she reaches the place where it all began, and it all must end.

But in the final reckoning, none will survive unscathed. And some will not survive at all.

In this explosive conclusion to The Ceruleans series, all must be defined by their actions: sinner, saint… or something more beautiful entirely?

It is bittersweet for me to write my thoughts on this book.    When Megan Tayte approached me with book one I had no clue who she was or what a Cerulean was and now I can’t imagine not reading about them.    I am sad that the series is over but so excited that I am now familiar with Megan and know what a Cerulean is.     This entire series has been one that pulled me in from the first page and kept me reading and wanting more until I finished the last page.  Honestly, I am greedy and still want more of these characters.    They have become more than characters to me.    They are people I care for, probably because a lot of them are parents or teenagers and both of those are part of my everyday life.

Darkly, Deeply, Beautifully is the conclusion to the Ceruleans.   It ties up the loose ends, repairs relationships, and creates new ones.   It also sets up the characters for a new type of life.    The ruling group of adults have learned some lessons from the teenagers in this book and have hopefully had their eyes opened to changes that have to be made to keep their kinds safe.    I believe that they have also realized that others (werewolves, vampires, warlocks) are not always the bad guy.

As a parent I had the most concern for Scarlett.   Her mother is in a coma, her father is a horrible person, she is in love with her brother, and the boy who loves her changes entirely.     I worried that her world was still upside down and showed very little sign of righting itself.   Yet, somehow Megan Tayte got her on the right track with the help of the wonderful Luke, the man who is like her father.     I am amazed, as always, as how Scarlett doesn’t break down with all the happenings in her life.   She seems to just roll with what was going on and find ways to make her stronger.   I feel like in the future (yes I know the series is over) of the Ceruleans is in her hands.    She will in time be the head of the Clave and lead them into a much freer lifestyle.

I cannot close this review without mentioning the cover.   Go look now, just scroll up a little.   It is absolutely gorgeous.     Even if I knew nothing about the series I would want to read the book just because of the cover.

This is a series that has to be read in order.    There are five glorious books in this series and each one is devourable.     While I am sad that this was the end, it was a wonderful ending.  I look forward to whatever Megan has in store for me in future books.

I kissed Luke then. I kissed him. Like I hadn’t kissed him in more than a week – since before London, since before Hollythwaite, since Barcelona: when we’d been just a regular couple on a city break, wrapped up in each other. Through the kiss I heard his sigh, the release of emotion. And then he pulled me to him, onto his lap, and I kissed his lips, his jaw, his collarbone, his shoulder, and he kissed my lips, my earlobe, my neck, my –
‘No!’
My robe had slipped, exposing my back, and I struggled off him and wrestled with the fabric entangled at my waist.
He stood up. Put his hands on my shoulders. Said my name with so much tenderness that I had to stop. Had to look at him. The room was steamy, the glass doors occluded. No one could see. Only him.
‘Trust me,’ he said.
I did.
Slowly, he turned me. I steeled myself as he took it in, the brand I now wore. Non Serviam. I will not serve. Emblazoned on my back in the form of angry, jagged scar tissue.
When I felt his lips on the nape of my neck, I jerked in shock. But his hands on my hips held me still as he traced the path of the scar, one kiss at a time, from its very top to its termination just above my bikini bottoms.
‘Beautiful,’ he said.
I turned to him. He smiled up at me.
Sinking down so that we were both kneeling, I said, ‘How could you…?’
‘How could I not?’ was his answer. ‘I was there, Scarlett. I saw what you did for your mother. That scar: it’s beautiful.’
‘But it’s a punishment, Luke. Because I sinned. That’s not beautiful. It’s dark. Wrong.’
‘No! Don’t you say that. Trying to save your mother – that could never be wrong. If I’d had the chance, I’d have done it. My mum, my dad, Cara… I’d have saved them all. And you. I would always save you.’
His eyes were glistening, and I lunged for him and hugged him hard.
‘So stop hiding it from me,’ he finished, his voice muffled in my hair. ‘Please. Because I love that scar on you so goddam much.’
I nodded into his shoulder and he squeezed me.
It was calm in our little haven. Still. Warm. Nothing existed but Luke and me. We held each other for a long time, drifting in the haze.
And then Luke sat back and said, ‘So, you and me. We’re good?’
‘We’re good,’ I told him. Then I frowned and added: ‘For now. You know, Gabe, the Fallen: I have no idea what we’re getting into.’
‘Me either.’ He reached out a finger and drew, in the condensation on the glass door, a little lightbulb. ‘But whatever lies ahead,’ he said, ‘it has to be better than living in the dark.’ 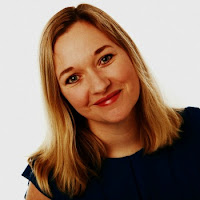 Once upon a time a little girl told her grandmother that when she grew up she wanted to be a writer. Or a lollipop lady. Or a fairy princess fireman. ‘Write, Megan,’ her grandmother advised. So that’s what she did.

Thirty-odd years later, Megan is a professional writer and published author by day, and an indie novelist by night. Her fiction – young adult romance with soul – recently earned her the SPR’s Independent Woman Author of the Year award.

Megan grew up in the Royal County, a hop, skip and a (very long) jump from Windsor Castle, but these days she makes her home in a village of Greater Manchester. She lives with her husband, a proud Scot who occasionally kicks back in a kilt; her son, a budding artist with the soul of a palaeontologist; and her baby daughter, a keen pan-and-spoon drummer who sings in her sleep. When she's not writing, you'll find her walking someplace green, reading by the fire, or creating carnage in the kitchen as she pursues her impossible dream: of baking something edible. 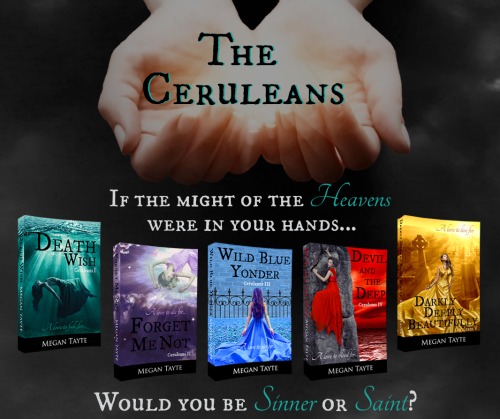