The Gates of Evangeline by Hester Young 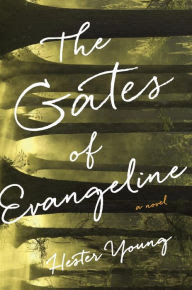 When New York journalist and recently bereaved mother Charlotte “Charlie” Cates begins to experience vivid dreams about children she’s sure that she’s lost her mind. Yet these are not the nightmares of a grieving parent, she soon realizes. They are messages and warnings that will help Charlie and the children she sees, if only she can make sense of them.

After a little boy in a boat appears in Charlie’s dreams asking for her help, Charlie finds herself entangled in a thirty-year-old missing-child case that has never ceased to haunt Louisiana’s prestigious Deveau family. Armed with an invitation to Evangeline, the family’s sprawling estate, Charlie heads south, where new friendships and an unlikely romance bring healing. But as she uncovers long-buried secrets of love, money, betrayal, and murder, the facts begin to implicate those she most wants to trust—and her visions reveal an evil closer than she could’ve imagined.

The genre of Southern Gothic Mystery is new to me.    This is the first of this type I have read and I loved it.    The story was told wonderfully.  I could not stop reading.   While the idea of someone knowing what was going to happen to children in danger or what did happen to children that had been lost was outside of my normal comfort zone, I enjoyed the entire story.

There was a mystery, of course.    The who-dun-it actually lead to more and more mysteries of the Evangeline house.     The Deveau Family has a lot of history.  As with many families there are secrets.   Within those secrets is love, abandonment, murders (yes, more than one), and family dynamics.    The love is interesting.    From the very first interaction with this family you know something is not right.   Each family member is off, they all have secrets, and they are not all as they appear.     The more I read, the more I understood their relationships with each other.     Even the hired help in the Evangeline house have secrets that lead to the long time mystery being solved.

The relationship between Noah and Charlie was intense.   Charlie was still dealing with the death of her young son.  Noah had his divorce to come to terms with.    I have to admit that I figured out how Noah fit into the story long before it ended, but I still did not know the why’s of who he was.     Their relationship almost seemed doom before it started yet they both realized what they had with each other and worked so very hard to make it work.   When doubt came in they pushed through, when fear was there they stayed strong with each other, and when they were in danger they knew that could trust each other.

This is a great read.   The pace of the story was perfect, the characters are strong and mysterious, and the ending is amazing.    I definitely recommend checking out The Gates of Evangeline.

PRAISE FOR THE GATES OF EVANGELINE

"What a delicious book! Gripping and atmospheric—with a heart-stopping twist—The Gates of Evangeline is an imaginative blend of southern gothic, family epic and spooky whodunit. Trust me: you won’t just read Hester Young’s debut, you will absorb this gorgeous novel using all 'six' senses."
—Jillian Medoff, bestselling author of I Couldn't Love You More and Hunger Point

"Hester Young's The Gates of Evangeline is not just a riveting story about the search for a long missing child. It's also a powerful and haunting examination of a mother's grief and her long road to recovery. Hester Young's protagonist, Charlotte "Charlie" Cates, is tough and vulnerable, wounded and fearless, and I simply could not stop reading this thrilling, beautifully written Southern Gothic mystery.
I can't wait for the next entry in this captivating new series."
—David Bell, author of Cemetery Girl and Somebody I Used to Know

“Young’s The Gates of Evangeline is a stunning debut novel. A lyrical, haunting, heart-wrenching work of suspense with echoes of du Maurier, Hitchcock, and King.”
—Reed Farrel Coleman, New York Times bestselling author of Robert B. Parker’s The Devil Wins

"Step through The Gates of Evangeline with Charlotte Cates, a grief-stricken Northerner tasked with uncovering a Southern dynasty's dark secrets. Hair-raising and heart-rending, Hester Young's first novel is one of buried shame, children taken too soon, and, ultimately, of immense true love that binds across the mortal divide."
—Miranda Beverly-Whittemore, New York Times bestselling author of Bittersweet

“In Hester Young's haunted Louisiana, the ghostly labyrinth of the past opens its great doors to deliver up a lush gothic thriller. The Gates ofEvangeline is a darkly marvelous debut, a classic whodunnit stitched with otherworldly chills.”
—Jedediah Berry, author of the Hammett-prize winning The Manual of Detection