He’s rich, sexy…and part-fae. But she’s a shifter assassin on a mission. She can’t let herself be charmed…
Marjani Savonett is the strong, silent second-in-command to her alpha brother. She's seen too much death, lived through too much darkness. Now her cat threatens to take over, leaving her a cougar in a human body. But before it does, she undertakes one last mission to Iceland.
Fane Morningstar holds a prestigious position as one of the ice fae king’s envoys. But the fae never let him forget he’s not a pureblood. Then he meets Marjani and everything he ever thought he wanted gets turned on its head. He’d sell his soul for a night with her.
Unfortunately, he just might have to...

*NOTE: Charming Marjani is book 2 in the Darktime Trilogy (after Saving Jace), but it can be read as a standalone. If you like dark shifters, dangerous fae and intense, emotional storylines, the Fada Shapeshifter Series is for you.* 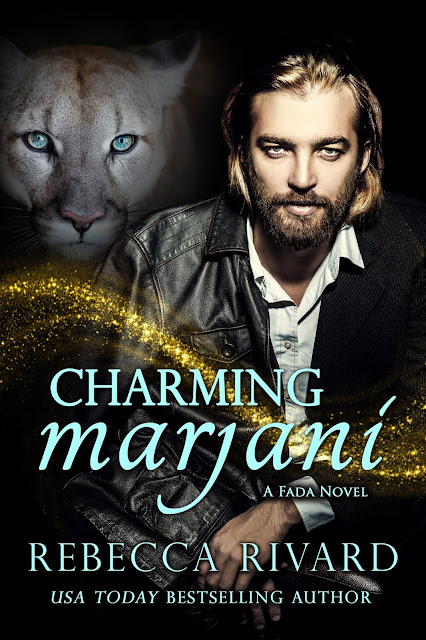 Marjani's skin prickled. She sipped her ale and glanced around.
A tall, rangy man with shoulder-length blond hair slouched at a nearby table, drinking a beer. He met her eyes, not bothering to hide that he was checking her out.
Her breath snagged.
Holy singing crystals, he was beautiful, with slanted cheekbones and sky-blue eyes framed by dark eyelashes. His straight nose had a small bump on the bridge, a tiny imperfection that only heightened his appeal, and his black ribbed sweater stretched across a hard chest.
His cheek creased in a smile—and fear wrapped icy fingers around her lungs.
She jerked her gaze back to her sandwich, her stomach tight, heart thudding in her ears.
Fuck, she hated this. A couple of years ago, she might have smiled back, seen where this led. But not anymore. No one touched her. She didn’t even let members of the clan get too close.
A shadow fell across the table.
She snarled, her cougar rising to meet the threat. She forced it down. Shifting in the middle of a human pub could be fatal. The fada and humans had treaties about those things. A fada shifting in a pub for no reason would be automatically targeted by the authorities as feral.
She could be slapped in a cage—or shot on sight.
And she’d have to admit Adric was right after all—she was too broken, too close to going feral, to be out on her own.
The tall blond smiled down at her. Spoke.
Still fighting the cougar, she had to concentrate to make sense of his words.
“I said, mind if I join you?” A surprisingly deep voice, gravel wrapped in silk.
She shook her head. “Yes.”
He lifted a single dark brow. “No, you don’t mind, or yes, you do?”
“Yeah, I mind. I don’t want company.”
His gaze went to the slight lump her quartz made beneath her sweater. “Your accent is American, which means you’re from one of two clans.”
Fine hairs rose all over her body. He was correct; the only earth fada clans in North America were her own clan in Baltimore and the Navajo clan in Arizona.
But how the hell had he made her as an earth fada so fast?
Her nostrils flared, subtly testing the air. Human—he smelled of salt and iron—but with a trace of silver. The man had fae blood, although it might be so faint he didn’t know it himself. Overlaying it was a pleasant grassy scent, as if he spent a lot of time outdoors.
Her cat liked his smell, but the human part of her didn’t like that hint of fae. Not on top of the fact that he knew a little too much about earth fada.
She eased the switchblade from her pocket and released the catch with a quiet snick.
“You don’t want to use that.” He set his plate and glass on her table and took the chair across from her.
“No?” 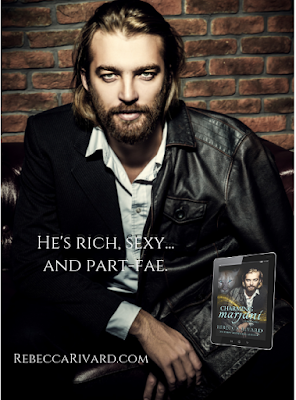 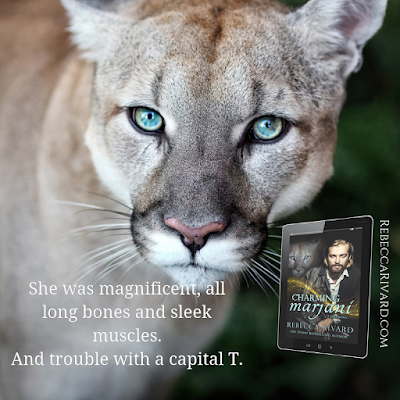 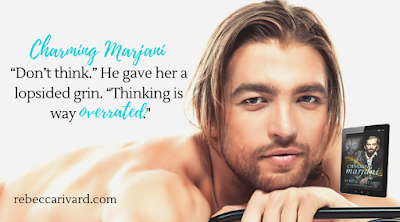 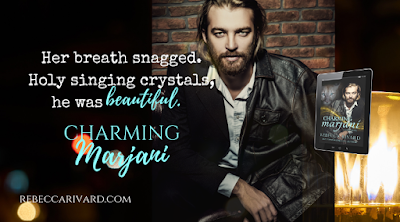 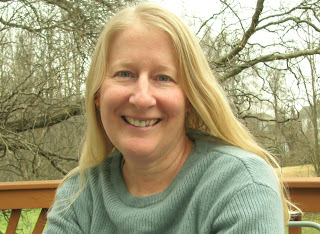 USA TODAY bestselling author Rebecca Rivard read way too many romances as a teenager, little realizing she was actually preparing for a career. She now spends her days with dark shifters, sexy fae and other magical creatures—which has to be the best job ever.
Four of her books have been awarded the prestigious Crowned Review from InD'Tale Magazine, and her novel Saving Jace (#4, Fada Shapeshifters) received the 2018 RONE Silver Medal for Long Paranormal. Stealing Ula: A Fada Shapeshifter Prequel was a 2017 Finalist for the coveted PRISM Award given by RWA’s Fantasy, Futuristic & Paranormal Romance Chapter.