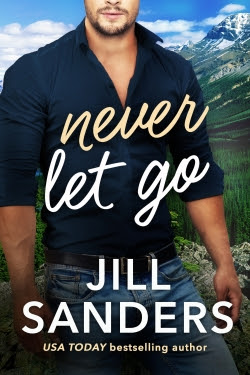 Trent McGowan has never been the guy who doesn’t get what he wants. He and his brothers are making a go of the oil business, and he’s always had a bit of a reputation with the ladies. Only lately, something’s been missing—something Trent never realized he needed…until he sees his childhood crush standing on the picket line, trying to destroy his company. And what happened to turn sweet Addy Collins into a sexy activist?

Environmentalist Adrianna Collins has returned to her hometown of Haven, Montana, on a mission to stop destructive oil mining. She never imagined that the corporate face on the other side of the protest line would be her lifelong crush. The Trent she remembers is better known for flirting than, uh, fracking, and she can’t believe he’d risk his city to make a quick buck.

Now Trent’s determined to prove that he’s not the person she thinks he is. If he can earn Addy’s trust, he might be able to save his company—and bring Addy home for good.

I love a good series that each book can be read as a standalone.    That is exactly what the Haven, Montana Series is.     Each member of the McGowan family will get their own book to tell their story and I am so excited to get to know each one of them.

Never Let Go is Trent’s story.    Well, Trent and Adrianna’s story.    Both are from Haven but Adrianna left and is only back to protest against Trent’s family’s business.     Seems an unlikely match but it makes sense.      I love that Trent understands that Addy is just doing her job and respects that she is standing up for what she believes in.   Addy also respects Trent and understands that he is also doing his job and that all may not be what it seems with his family business.

One of my favorite parts of this story is the McGowan family.    Without questions, without doubts they accept Addy into their family with open arms.   They take her in when her own family turns her back on her, when she has no one else to turn to, and when she just needs support.     Their open, loving style of love his absolutely amazing and explains why Trent has grown up to be the man he is.     I love that his mom lays down the rules to him when Addy spends the night even though they are both grown adults.

The romance is the focus of the story but it was interesting to see the story of Dennis and the family business be carried over from the first book.     There is still a mystery of Dennis and if he is going to be found out to be the culprit behind all the trouble in Haven, Montana.    Throw in Darla and I am sure there is so much more excitement to come in the next book in the series.

I would recommend picking up your own copy and meeting the amazing residents of Haven, Montana.

Thank you Montlake for a copy of the book in exchange for an honest review.

About the Author: Jill Sanders 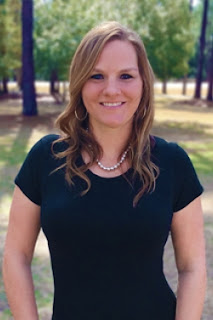 Jill Sanders is the New York Times and USA Today bestselling author of the Pride Series, the Secret Series, the West Series, and the Grayton Series romance novels. She continues to lure new readers with her sweet and sexy stories. Her books are available in every English-speaking country and are now being translated into six different languages.

Born as an identical twin to a large family, she was raised in the Pacific Northwest, later relocating to Colorado for college and a successful IT career before discovering her talent as a writer. She now makes her home along the Emerald Coast in Florida, where she enjoys the beach, hiking, swimming, wine tasting, and, of course, writing. Readers can connect with Jill on Facebook (www.fb.com/JillSandersBooks) and Twitter (@JillMSanders) or visit her website, www.JillSanders.com.