REVIEW...Ace of Spades by Sandra Owens 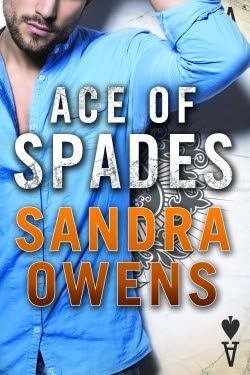 Nate Gentry has been a rock for his two younger brothers since the day their mom walked out and left them with their abusive father. Now that they’ve grown up, he’s watched Alex and Court fall in love and settle down. But Nate isn’t made for romance. He keeps his relationships casual. And getting casual with his partner is a fantasy he can’t shake…

Taylor Collins has feelings for Nate, too—and though they run hot, her best friend on the team is strictly off limits. Until a spark in his eyes says, Go for it. But reaching out could prove to be a bad move now that they’re working closer together than ever, and on the most dangerous case of their careers.

An investigation into a brutal series of murders is stirring up bad memories for Taylor, and neither she nor Nate can imagine how close to home it’s going to hit. When it does, Nate will risk everything—including his heart—to keep Taylor safe.

My first Gentry Brother book and I can’t wait for more.   Nate and his brothers are amazing.   They are definitely alpha males with a take no prisoner mentality.    That is until the right woman comes into their lives and turns it all around.
Ace of Spades is Nate’s story.     His co-FBI worker Taylor has been messing with his head and his heart.  When his newest case brings up Taylor’s past and puts her in harm’s way his head says protect her, keep her safe, love her but his heart has to catch up.

Sometimes when there is two storylines in a book it is hard to wind them together.  Sandra Owens takes the romance of Nate and Taylor intertwining the story of the serial killer together perfectly.     Neither story takes more of a center stage and both are equally wonderful.

I am excited to go and read about the other Gentry Brothers.  I recommend picking up your own copy and enjoying this series.

Thank you Montlake Romance for a copy of the book in exchange for an honest review.

About the Author: Sandra Owens 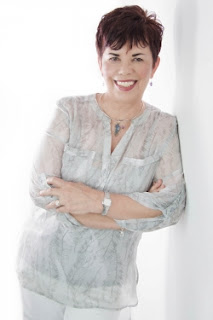 A native of Florida, Sandra Owens managed a Harley-Davidson dealership before switching from a bike to an RV and roaming the open road (though she’s also chased thrills from sky-diving to upside-down stunt-plane flying). In addition to Crazy for Her—a 2013 Golden Heart Finalist for Romantic Suspense—her works include the Regency romance novels The Letter, winner of the Golden Quill for published authors award, and The Training of a Marquess, winner of the Golden Claddagh Award. A member of the Romance Writers of America and a potential cat owner, she lives with her husband in Asheville, North Carolina.