We're so excited to host a day on the blog tour for TITAN WORLD, featuring Cristin Harber and ten authors writing in Cristin Harber's Titan world. The book being featured today is BULLETS AND BLUEBONNETS by Jessie Lane! Check out an excerpt below.

Did you miss what Titan World is all about? Read the announcement here!

About BULLETS AND BLUEBONNETS by Jessie Lane From New York Times best-selling author Cristin Harber and best-selling author Jessie Lane comes an exciting collaboration… What happens when Titan and Ex Ops work together? Terror has gripped the NYPD. A rogue sniper took out, not only the NYPD’s SWAT snipers and police chief, but several others. Now they must turn to the only person they can trust: Jared Westin and the Titan Group. There’s only one problem. The Titan Operatives are currently tied up with their own missions. Unwilling to leave the NYPD hanging, Jared Westin cashes in a favor from Commander Jaxon Wall. Only, Jared doesn’t want to send Jaxon’s Ex Ops Team for the job; he wants to send in someone Jaxon has kept secret: his goddaughter, Billie Jean Beasely, one of the best snipers working for the FBI’s Hostage Rescue Team, if only her male counterparts would let her prove it. The NYC mission could finally give her that chance. Thing is, Jaxon Wall isn’t willing to send his goddaughter in alone. He wants to send one of his own men to help her. Chase Anderson. Will Chase turn out to be yet another man who thinks Billie is less of a shot just because she’s a woman? Or will Billie finally meet a man who realizes she loves her bullets as much as bluebonnets?

Get your hands on BULLETS AND BLUEBONNETS and all of the Titan World books now!

So excited for a Jessie Lane book.     This is a perfect book.   There are strong characters, one of them female (which I love and Jessie is known for), a great storyline, and steamy romance.    The male characters are alpha’s with a tender side while the females know when to kick the man’s butt and when to stand back and let him take over.

Chase, sigh, he’s just so wonderful.       He’s strong, sexy, reliable, honest, and so alpha.      Billie Jean is a take no prisoners, I am woman hear me roar, sniper.    Together they mesh.   They understand each other, respect each other, and challenge each other.

The storyline of the sniper taking out NYPD officers is intriguing.  I like it.   I enjoyed that this story was not all about sex and romance.   There was a crime to solve and together Chase and Billie Jean are the perfect pair to solve it.   The romance part of the story was secondary.  From the beginning you could feel the sparks and see the attraction between the two but they chose not to act on those feelings and do the job they were hired to do.

When the sex happen Holy Moly!  It was steamy hot, which is exactly what I expected from Jessie Lane.     The coming together was amazing, blow your mind sex.    The anticipation of this built through the entire story so I knew it would be wonderful.

Bullets and Bluebonnets is another superb book.   I recommend picking up your copy.

Damn, I needed to get this case over with. The man didn’t know it yet, but as soon as we were done with this case, I was going to jump his bones. “BB? Sweetheart? You all right over there?” As Chase’s voice brought me out of my thoughts, I focused back on his face. “Yeah, why?” The side of his mouth tipped up, making my girl parts clench. “Because, I think for a second there, I wasn’t the only one having a conversation with myself.” “I plead the fifth.” I was unwilling to admit I had to talk myself out of jumping across the table to kiss him. Frankly, this attraction was just plumb crazy? Who acted like this after just meeting someone? Billie Jean the ho, apparently. “I would love to know whatever you’re thinking, sweetheart,” he murmured in a sexual purr that curled my toes. “Only if you tell me about the conversation you were having with yourself,” I volleyed back. “Well, to be honest, I was talking to my dick.” “What!” I shouted back, my eyes bugging out in shock. “You really are nuts, aren’t you?” Chase let his head fall back, staring up at the ceiling with a look of despair. “I’ll be honest, if he keeps talking, I might have to admit myself in the nearest hospital.” Unable to stop myself, I asked, “What the hell is he saying to you?” Chase brought his face back down to look at me. “That you’re the best thing I’ve seen in my entire life. That I want to be inside you more than I want my next breath. Hell, he even says that you liking to shoot guns is the hottest thing he’s ever heard of, and we want to see you do it in a bikini.” “That’s sort of sexist, you know?” I told him dryly. Chase nodded. “Yeah, I know. Are you going to report me to your godfather?” I pretended to think it over, just to make him sweat a bit. Then I finally gave him the truth when he nervously took a sip of his drink. “Nope, but only because I want to see you shoot my gun wearing nothing but a banana hammock.” Soda sprayed everywhere in a fine mist as he choked.

Jessie Lane is a best-selling author of Paranormal and Contemporary Romance, as well as, Upper YA Paranormal Romance/Fantasy.
She lives in Kentucky with her two little Rock Chicks in-the-making and her over protective alpha husband that she’s pretty sure is a latent grizzly bear shifter. She has a passionate love for reading and writing naughty romance, cliff hanging suspense, and out-of-this-world characters that demand your attention, or threaten to slap you around until you do pay attention to them.
She’s also a proud member of the Romance Writers of America (RWA).
Website | Facebook | Twitter | Instagram | Pinterest 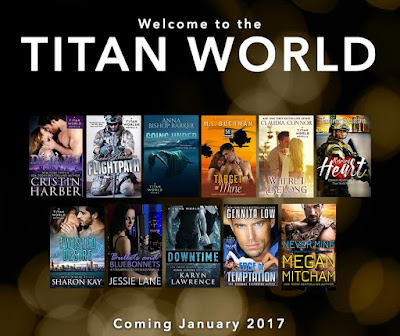