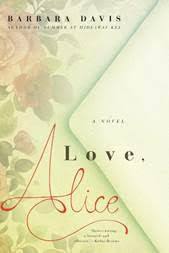 From the author of Summer at Hideaway Key comes a sweeping new Southern women’s fiction novel about forgiving the past one letter at a time...

The truth lies between the lines...

A year ago, Dovie Larkin’s life was shattered when her fiancé committed suicide just weeks before their wedding. Now, plagued by guilt, she has become a fixture at the cemetery where William is buried, visiting his grave daily, waiting for answers she knows will never come.

Then one day, she sees an old woman whose grief mirrors her own. Fascinated, she watches the woman leave a letter on a nearby grave. Dovie ignores her conscience and reads the letter—a mother’s plea for forgiveness to her dead daughter—and immediately needs to know the rest of the story.

As she delves deeper, a collection of letters from the cemetery’s lost and found begins to unravel a decades-old mystery involving one of Charleston’s wealthiest families. But even as Dovie seeks to answer questions about another woman’s past—questions filled with deception, betrayal, and heartbreaking loss—she starts to discover the keys to love, forgiveness, and finally embracing the future…

When I started Love, Alice I knew nothing about Magdalene laundries or asylums.    What a horrific place to send unwed mothers.   They were like prisons only worse.    Barbara Davis had to have done research and studied these dreadful places to be able to portray them so realistically in her book.    I believe that once you are sent to this place it will always be part of you.   Your trust, your life, and your future are shaped by having a terrible experience like being sent to a Magdalene laundry.

As Alice’s search for her baby leads her to a new place and a new world she shows how strong she really is.    She learns to love the baby, Austin, she is hired to nanny, she begins to form a friendship with Austin’s mother, Gemma, and she never gives up hope of finding out what happen to her baby.

With each letter that she writes to her baby I felt like she opened up more of the positives in her life and the ability to live without her baby, although the hope of knowing where her baby is never leaves her.    These letters are found by Dovie and shared with Alice’s mother.   These letters are heartbreaking, honest, and full of secret thoughts and dreams.      I’m not sure Alice ever thought anyone would actually read them and certainly not her mother.   Yet, as a mother who has been estranged from her daughter for years they are life shattering.   The strength that Dory showed being able to handle hearing the horrors that Alice went through showed the power of being a mother.    The ability to put her feelings aside and want to understand her daughter made her a good mother.

I have to mention Dovie’s part in the story.  After losing her fiancé to suicide she is thrown into a spiral of grief and not guilty.      She spends her days sitting as his grave trying to come to terms with what her future looks like and finding the answer to why he killed himself.      Dovie is the one who finds the first letter and continues to read the letters to Dory.      She takes care of Dory in her failing health and helps her find the answers to the questions about Alice.

Love, Alice is a book that is full of history, devastation, and hope.   It is a story of moving past the history to be able to accept and welcome the future.