COVER REVEAL of The Burning Star and The Frozen Star by Jessie Lane and M.L. Pahl

The Burning Star and The Frozen Star have been released earlier.  The exciting news is that they have NEW and WONDERFUL covers! 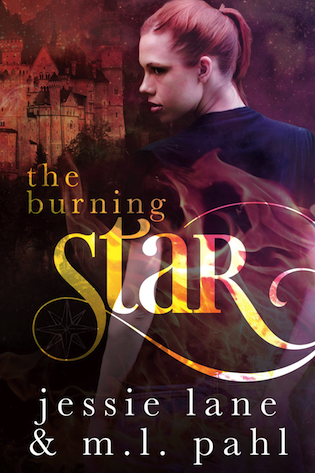 
Seventeen-year-old Kay’s journey of a lifetime started in the woods where she met a beautiful man … along with a monster. The chance encounter led her to an unbelievable world that shouldn’t have existed, a place where myths and fairytales were real and, in some cases, deadly.
Kay knew she would have to brave this new world if she hoped to find a cure for her terminal cancer.
With a strange yet beautiful cast of characters, Kay uncovered truths that would change her life forever. However, before it was all over, she discovered she wasn’t the only one with problems.
Yet another seventeen-year-old young woman was fighting for her life.
Kira had grown up in a magical world. Despite this, her life had not been filled with many good things. She considered her empty, emotional solitude the only positive aspect of her life and fought daily battles to escape abuse and torture.
Trained to be an expert assassin, she was charged with kidnapping Kay and delivering her to Kira’s master, Lord Donovan.
As the two young women set forth on their journeys, their paths would cross in unimaginable ways. There was only one question that remained: who would come out alive? 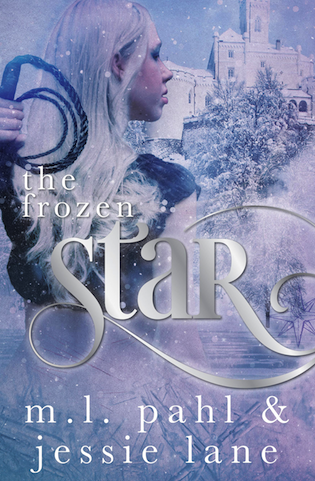 
The journey continues …
Kay discovered secrets, lies, shocking truths, and even love in a strange new world hidden from humans. Everything she thought she knew was turned upside down when she found out three things: she wasn’t human; she had a power she couldn’t control; and there was a possibility she might have found a way to cure her deadly cancer by using that very same power.
Just when she was on the precipice of gaining everything she wanted and saving her own life, tragedy struck. Would she be able to fight her way back to Ryan and save herself in the process?
Kira had lived a terrifying life of servitude and abuse under Lord Donovan and his son, Cole. It was an existence that had stripped away her emotions and reasons to keep fighting.
Just when she thought freedom was within reach, Lord Donovan struck again, ruining her plans and almost killing her. When she awoke from her injuries, it was to stunning revelations that would change her life forever, changes she wasn’t entirely sure she wanted.
Persistent individuals, such as Prince Kane, refused to let her walk away, though. Would she embrace all of her sudden fortune? Or would she walk away from those who needed her most, forsaking their acceptance and love?

Jessie Lane is one of my go-to authors.  When asked to read and review The Frozen Star for her I didn’t even stop to think.  The answer was so easy, DUH! Of course, I would.

The Frozen Star takes right off where The Burning Star left off.   Lord Donavon is holding Kira hostage while telling her lies about why she is orphaned and living with him.   Kay is about to find out everything she knows is not quite the truth.

I love that many of the characters from book one are found in book two and that Jessie Lane introduces new characters that add so much to the story.   The plot of the story is told over a very short time period, but yet there is so much detail and depth that the story is not rushed or parts missing.   Jessie Lane gives enough detail to each setting and character that you feel as if you are traveling with them and seeing what they are seeing.

My only complaint is that book three in this series, The Divine star, is not available yet so I have to wait to find out if Kira and Kay fulfill their prophecy.   This entire series is one I highly recommend and anxiously look forward to more about the old and the new characters.


WARNING: This is a upper ya/young adult/new adult fictional story that includes some explicit language, graphic violence, and mild sexual situations. Recommended for ages sixteen and up.
*This book is a re-release and revision from the original book published in 2012. Please be aware that some things have been added, deleted or changed.* 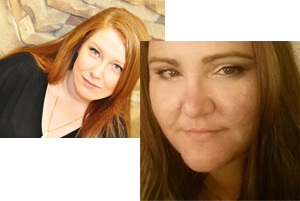 Jessie Lane is a best-selling author of Paranormal and Contemporary Romance, as well as, Upper YA Paranormal Romance/Fantasy. She lives in Kentucky with her two little Rock Chicks in-the-making and her over protective alpha husband that she’s pretty sure is a latent grizzly bear shifter. She has a passionate love for reading and writing naughty romance, cliff hanging suspense, and out-of-this-world characters that demand your attention, or threaten to slap you around until you do pay attention to them. She’s also a proud member of the Romance Writer’s of America (RWA).


M.L. Pahl grew up in coastal North Carolina. With the Marine Corps at her back and the sandy beaches beckoning her, she learned nothing could hinder her imagination. Not wanting to be stuck in one genre, she decided to dabble in everything from zombie apocalypses to romance and even paranormal. She currently resides in the frozen north of Minnesota with her family and those cute dogs she always tweets about.