Book Review for When We Had Wings by Ariel Lawhon, Kristina McMorris, Susan Meissner

When We Had Wings by Ariel Lawhon,  Kristina McMorris, Susan Meissner 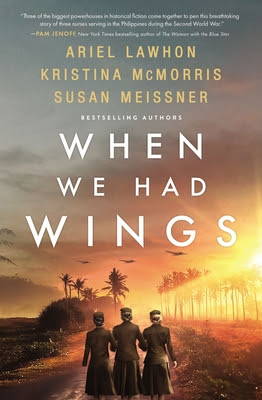 Taken from Goodreads:  From three bestselling authors comes an interwoven tale about a trio of World War II nurses stationed in the South Pacific who wage their own battle for freedom and survival.

The Philippines, 1941. When U.S. Navy nurse Eleanor Lindstrom, U.S. Army nurse Penny Franklin, and Filipina nurse Lita Capel forge a friendship at the Army Navy Club in Manila, they believe they’re living a paradise assignment. All three are seeking a way to escape their pasts, but soon the beauty and promise of their surroundings give way to the heavy mantle of war.

Caught in the crosshairs of a fight between the U.S. military and the Imperial Japanese Army for control of the Philippine Islands, the nurses are forced to serve under combat conditions and, ultimately, endure captivity as the first female prisoners of the Second World War. As their resiliency is tested in the face of squalid living arrangements, food shortages, and the enemy’s blatant disregard for the articles of the Geneva Convention, the women strive to keep their hope— and their fellow inmates—alive, though not without great cost.

My Thoughts:  I have read all three of these authors separately and was thrilled to hear that they had come together to write a World War II book, my favorite genre.   432 pages seemed a little daunting to me, I have been on a kick of reading short, quick book, but I decided to jump right in.   Once I read the first page, I knew that I would not be able to stop.

When We Had Wings is a story of war, being POW’s, but mostly it is a story of friendship.  Penny, Lita, and Eleanor all entered the military to get away from their pasts but what they found was a future that was full of unknowns.  The unknowns of war caused them to question their choices but never their friendship.  Even as they were separated, they somehow managed to find ways to contact each other, keep tabs on each other’s locations, and find ways to get back together.

This book is full of history but still reads as a historical fiction.  It is a story, but there is so much that I learned.  I cannot imagine the lives that those nurses lived, the things they had to do, the things they saw.  The three authors need to continue writing together and separate.

Thank you NetGalley and Harper Muse for a copy of the book in exchange for my honest review. 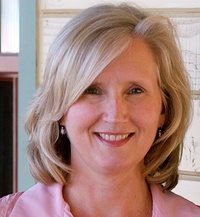 Susan Meissner is the critically-acclaimed author of 21 novels. Her engaging stories feature memorable characters facing unique and complex circumstances, often against a backdrop of historical significance. A multi-award-winning author, her books have earned starred reviews in Publishers Weekly, Library Journal and Booklist. She was born and raised in San Diego, California, but spent some of her adult life living in Minnesota as well as in England and Germany, before returning home to southern California in 2007. Susan attended Point Loma Nazarene University in San Diego. Prior to her writing career, she was a managing editor of a weekly newspaper in southwestern Minnesota. She enjoys teaching workshops on writing, spending time with her family, reading great books and traveling. Susan makes her home in the San Diego area with her husband Bob, who is a retired chaplain in the Air Force Reserves, and their yellow lab, Winston. 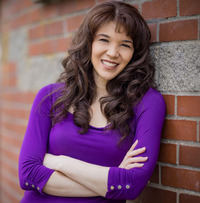 KRISTINA MCMORRIS is a New York Times, Wall Street Journal, and USA Today bestselling author of two novellas and six historical novels, including the runaway bestseller SOLD ON A MONDAY with over a million copies sold. The recipient of more than twenty national literary awards, she previously hosted weekly TV shows for Warner Bros. and an ABC affiliate, beginning at age nine with an Emmy Award-winning program, and owned a wedding-and-event-planning company until she had far surpassed her limit of "Y.M.C.A." and chicken dances. Kristina lives near Portland, Oregon, where she somehow manages to be fully deficient of a green thumb and not own a single umbrella. For more, visit www.KristinaMcMorris.com

Ariel Lawhon is a critically acclaimed, New York Times bestselling author of historical fiction. She is the author of THE WIFE THE MAID AND THE MISTRESS (2014), FLIGHT OF DREAMS (2016), I WAS ANASTASIA (2018), and the CODE NAME HÉLÈNE (2020). Her books have been translated into numerous languages and have been Library Reads, One Book One County, Indie Next, Costco, Amazon Spotlight, and Book of the Month Club selections. She lives in the rolling hills outside Nashville, Tennessee, with her husband and four sons. Ariel splits her time between the grocery store and the baseball field.
Posted by A Soccer Mom's Book Blog at 6:00 AM