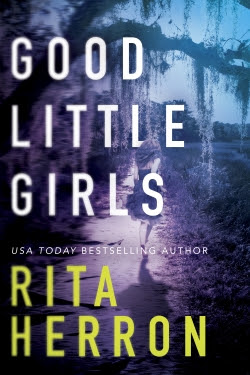 Tinsley Jensen survived the torturous clutches of an elusive masked killer dubbed the Skull, only to be held hostage by her nightmares. She’s terrified of leaving her cottage on Seahawk Island, knowing that the madman is still out there. FBI special agent Wyatt Camden knows it too. He may have rescued Tinsley, but her captor got away. Now he’s driven by guilt, the need for vengeance, and the desire to protect—at any cost—the woman he’s come to love.

Too paranoid to deal with the police, the media, and her sister, Tinsley finds solace in an online support group. She’s too broken to let even Wyatt into her life. But when the threats against Tinsley escalate and her friend disappears, Tinsley is forced out of her self-imposed seclusion to finally face her fears. Wyatt is the only man she can trust to help her, and to save a killer’s latest catch. Now, Wyatt just wants to finish the job he started.

But that’s all the Skull wants too.

This is the story of Tinsley and the Skull.   The Skull kidnapped Tinsley leaving her with panic attacks and unable to leave her cottage on the beach.     The anniversary of her kidnapping is approaching and the Skull wants her back.

I love that the detective that saved her in the first book is still around and still protecting her.     With each panic attack, he comes to her rescue and never makes her feel bad about it.   He respects her boundaries, he holds her when she needs it and listens to her talk.     There was a simmering attraction between them that intrigued me.  I was definitely cheering for them to come together or at least spend more time together.

While the story focuses on Tinsley, the secondary characters got storylines also.   Their stories were just as suspenseful as the main story and I am hoping that there could be more of them in future books in this series.

Rita Herron has made The Keepers a MUST-READ series for me.     I recommend starting with book one and just keep on reading.

About the Author: Rita Herron 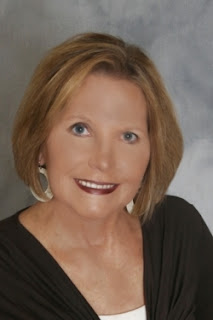 USA Today bestselling author Rita Herron fell in love with books at the ripe old age of eight, when she read her first Trixie Belden mystery. Twenty years ago, she traded her job as a kindergarten teacher for one as a writer, and she now has more than ninety romance novels to her credit. She loves penning dark romantic suspense tales, especially those set in small Southern towns. Her awards include a Career Achievement Award from RT Book Reviews for her work in series romantic suspense, the National Readers’ Choice Award, and a RITA nomination. She has received rave reviews for the Slaughter Creek novels (Dying to Tell, Her Dying Breath, Worth Dying For, and Dying for Love), her Graveyard Falls novels (All the Beautiful Brides, All the Pretty Faces, and All the Dead Girls), and for Pretty Little Killers, the first book in The Keepers series. Rita is a native of Atlanta, Georgia, and a proud mother and grandmother.


Connect with Rita Herron at Facebook, Twitter, or Goodreads
Posted by A Soccer Mom's Book Blog at 3:00 AM