Look at You Now by Liz Pryor

My Journey from Shame to Strength
A Memoir by Liz Pryor
A Random House hardcover and eBook on sale June 28, 2016 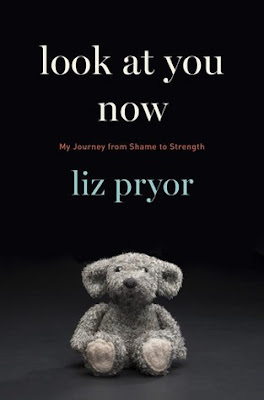 In 1979, Liz Pryor is a seventeen-year-old girl from a good family living in a wealthy Chicago suburb. Halfway through her senior year of high school, Liz discovers she is pregnant—a fact that her parents are determined to keep a secret forever. They don’t want their daughter’s future defined by this mistake. They also want to protect their family’s name.  One snowy January day, after driving across three states, Liz’s mother drops her off at what Liz  thinks  is a Catholic home for unwed mothers—but when they arrive, she learns that the home is actually a locked, government-run facility for delinquent and impoverished pregnant teenage girls.

In the cement-block residence, Liz is alone and terrified: a girl from a privileged, sheltered background living amid tough, street-savvy girls who come from the foster care system or juvenile detention. But over the next six months, isolated and in hiding from everyone she knows, Liz finds herself questioning everything she was once taught about the world.   Left to fend for herself she eventually bonds with the girls, and for the first time, sees life through a wider lens.

Told from the perspective of that fragile yet resilient 17 year-old-girl, LOOK AT YOU NOW is an honest, moving, suspenseful story about finding strength and friendship in the most unlikely circumstances.  Liz’s journey speaks to the power of family to elude us even as they are closest to us, and to the value of digging deeply to learn who we are as individuals.  For anyone who has lived with a version of judgment or shame, this book offers a reminder of the power we can  have to define our own lives.

Infused on every page with the drama of how one single mistake can change everything, this is a memoir you will not forget.

I was expecting a sad, tough story.   Instead I read a story about a young girl who stood on her own two feet and showed girls who did not have the family support, the education, or the knowledge to become successful how to do so.      Liz does not have an easy path herself but at least she has a family to go back to, she has a future to look forward to, and she has an education.

Being a pregnant teen in 1979 is not easy or accepted and Liz’s mother does what she believes is best for her.       I was bothered every time the mother, Dorothy, said we will just move on and forget it.  Meaning that they won’t think of the baby Liz has, that this won’t affect their lives.    She could not be more wrong.   While I am not familiar with Liz Pryor’s life now I cannot imagine how this time in her life did not affect how she lived her life after high school.

What I took away mostly from this book is how a tough situation can turn into a more positive affect.    Liz could have gone to have her baby, stayed quiet, become reclusive instead she took the other girls under her wing, reading to those who could not read, feeding those who did not eat, easing worries, and mostly becoming friends with girls who may not have had true friends before meeting her.    I was in awe of her strength and surety of how lives would turn out after babies were born.   The support and the belief in each girl was amazing.     I also believe it opened her eyes to how her life could have turned out if she did not have a family to support her.

Look at You Now is an honest memoir.    I recommend picking up your own copy .

Liz Pryor is an author, speaker, parenting columnist, and life advice expert. Her book about female friendship, What Did I Do Wrong?, was a finalist for a Books for a Better Life Award. In 2011, ABC’s Good Morning America conducted a national search for an on-air life advice guru, and out of fifteen thousand applicants, Pryor was chosen for the position. She lives in Los Angeles with her three children.

“This coming-of-age memoir is authentic and unforgettable.”—Publishers Weekly