I am reposting my review of A Curious Beginning by Deanna Raybourn in celebration of it being released in paperback.    I loved everything about this story and am excited to share my thoughts again.     Plus, look at this gorgeous new cover! 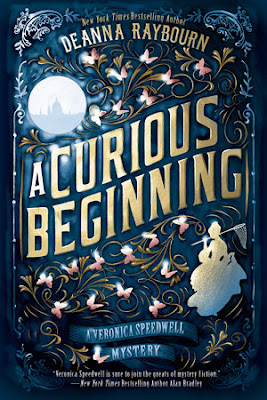 Deanna Raybourn is the author of the award-winning, New York Times bestselling Lady Julia Grey mysteries and several standalone novels. She lives in Virginia with her family.

“With wicked intelligence, Deanna Raybourn has created a fresh and fascinating sleuth. Veronica Speedwell is sure to join the greats of mystery fiction. Impeccably plotted and meticulously researched, A CURIOUS BEGINNING will leave you, as it left me,
whimpering for more.”
—Alan Bradley, New York Times bestselling author of the Flavia de Luce series
a Rafflecopter giveaway
Posted by A Soccer Mom's Book Blog at 3:00 AM