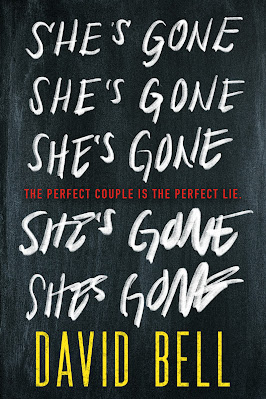 When a girl disappears, who do you suspect?

When 17-year-old Hunter Gifford wakes in the hospital on the night of homecoming, he's shocked to learn he and his girlfriend, Chloe Summers, have been in a terrible car accident. Hunter has no memory of the crash, and his shock turns to horror when he is told Chloe's blood has been found in the car―but she has disappeared.

Back at school, his fellow students taunt him, and his former best friend starts making a true-crime documentary about the case―one that points the finger directly at Hunter. And just when things can't get any worse, Chloe's mother stands in front of the entire town at a candlelight vigil and accuses Hunter of murder.

Under mounting pressure from the police, Hunter takes matters into his own hands by questioning anyone who might know the truth and posting videos to prove his innocence. When Hunter learns he and Chloe were seen arguing loudly outside the dance, he faces a sickening possibility. Was he angry enough to kill the person he loved?

My Thoughts:  She’s Gone is my first YA book written by David Bell that I have read.   I was interested to see if he could take the Mystery/Thriller aspect of his adult books and make it YA-friendly.  He did it and he did it very well.  The characters are high schoolers, and he has their mannerisms, their reactions, and their lives all portrayed exactly right.   The thoughts that the characters have while trying to figure out what happened after hoco (homecoming) and where Chloe is are true to a teenage mind.

As with most thriller books, the reader knows picking up the book that there is going to be more to the story than what appears.  She’s Gone has many twists and turns, Hunter is following the clues while also being suspect #1 to find out what happened to himself and his girlfriend.  I love that his true friends stand beside him but true to HS Drama, they also talk amongst themselves a lot and rumors are spread.   He said, she said, they saw, they heard…it all plays into solving what happen to Chloe and if Hunter did it.

The ending… a little predictable.  I was not shocked but I liked how it played out.  I will be looking for more YA books from David Bell in the future.

**Thank you Sourcebooks Fire and NetGalley for a copy of the book in exchange for my honest review. 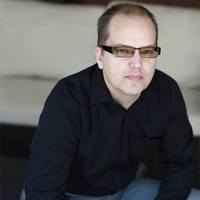 Meet David Bell (Taken from his website):  David Bell is the USA Today-bestselling author of twelve novels from Berkley/Penguin, including THE FINALISTS, KILL ALL YOUR DARLINGS, THE REQUEST, LAYOVER, SOMEBODY’S DAUGHTER, BRING HER HOME, SINCE SHE WENT AWAY, SOMEBODY I USED TO KNOW, THE FORGOTTEN GIRL, NEVER COME BACK, THE HIDING PLACE, and CEMETERY GIRL.

His work has been translated into numerous foreign languages, included on several bestseller lists, nominated for the Pushcart Prize five times, and, in 2013, won the prestigious Prix Polar International de Cognac for best crime novel by an international author. Recently his thirteenth novel, KILL ALL YOUR DARLINGS, was nominated for a 2022 Edgar Award.

He is a professor of English at Western Kentucky University where he co-founded the MFA program in creative writing. A native of Cincinnati, Ohio, he spends his free time rooting for the Reds and Bengals, watching movies, and walking in the cemetery near his house. He lives in Bowling Green, Kentucky, with his wife, young adult author M Hendrix.