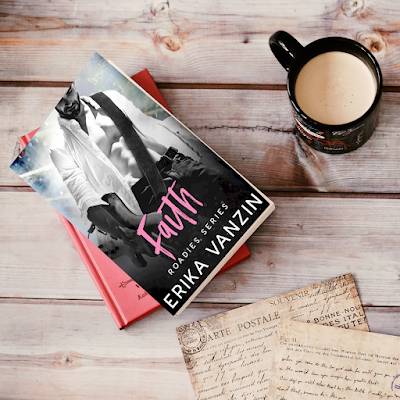 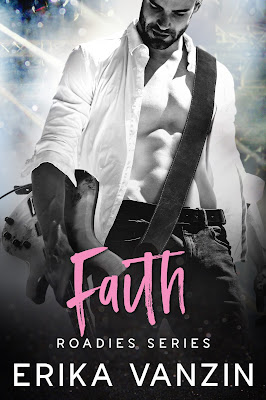 A rock star and FAITH story...
Faith wants to experience the world, but her father keeps her on a tight leash.
Rock star Michael jumps from one conquest to another without even remembering their names.
The first time they meet, she knows he is a sin she has to avoid.
Which wouldn’t be a problem if Michael wouldn’t crave to corrupt that innocent doe-eyed nurse. And if Faith would keep her eyes above his sculpted chest. And if Michael would stop pushing her boundaries to set her free from her family!
She needs to have a lot of FAITH to avoid being marked by his sins…
While the romance in FAITH is a stand-alone, the plot is a continuation of events that began in BACKSTAGE and PAPARAZZI (Roadies series #1 and #2). It is strongly recommended you read BACKSTAGE and PAPARAZZI prior to reading this novel. Enjoy! 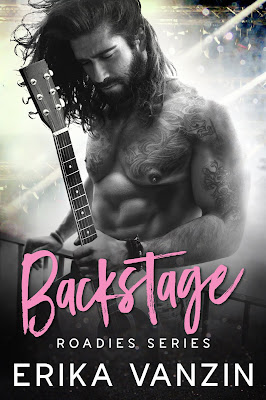 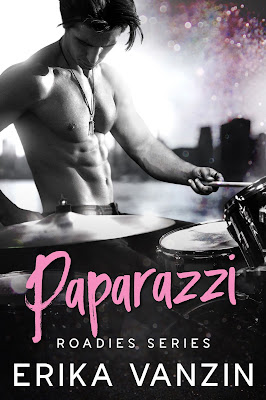 At the age of eight, Erika asked Santa for a typewriter. That was when her parents, quite surprised, realized that she was not like all the other children. However, when she received her first heavy, professional and brand new “Olivetti Letter 35” that Christmas, it was love at first sight. She immediately started writing the words that soon became her first short story. Over time she bought a much more efficient computer, but that typewriter will always have a special place in her heart: it was her first love.
Erika was born on December 6, 1979 in Valdobbiadene in the province of Treviso, a small village at the foot of the Prealps. Both her parents were born and raised in the same town where they still live today. Erika moved to Padua at 18 to attended university, and after graduation, she did not return to Valdobbiadene but followed her heart and traveled worldwide, living in Los Angeles, Vancouver, and London and visiting North America and Europe.
It was at Nicolò Bocassino primary school where she met the teacher who made her fall in love with books, writing, and studies in general, encouraging her creativity and eventually starting her on the path toward being a writer. 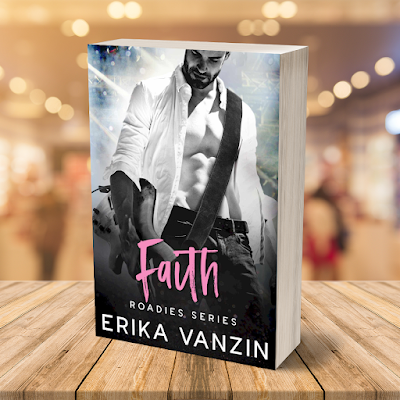