Book Review for A Reason for Hope by Kristin von Kreisler

A Reason for Hope by Kristin von Kreisler 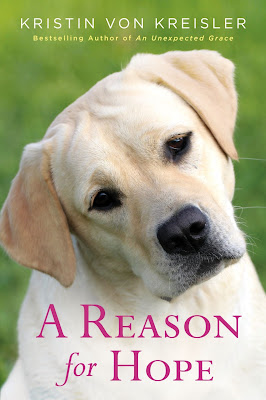 Taken from Goodreads:  A heartwarming and uplifting story of healing, courage, love—and one irresistible yellow Labrador retriever—from the bestselling author of An Unexpected Grace and Earnest.

On San Julian Island, across Puget Sound from Seattle, Tessa Jordan works as a bookmobile librarian, recommending books and poems to her patrons. In her spare time, she cares for a colony of feral cats. But Tessa’s simple, satisfying life is shockingly upended after she meets Nick Payne, a respected community leader, and he invites her to dinner.

Far from a pleasant first date, Tessa’s evening with Nick leaves her feeling confused and upset. After deep soul-searching, she decides to step forward and accuse him of assault. Her distress grows when local prosecutor Will Armstrong declines to pursue her case, citing lack of evidence. Her main solace is Hope, a courthouse dog, trained to comfort victims through the difficult judicial process. As she lays her head in Tessa’s lap, her gentle brown eyes seem to say, Don’t worry. Everything will be all right.

Will, who is Hope’s primary handler, longs to get justice for Tessa, yet knows how rocky the path will be. It’s Hope who, true to her name, shines a bright ray through the darkness. With Hope by their side, Will and Tessa find surprising strength in each other as they learn just how resilient a heart—whether human or canine—can be.

My Thoughts:  I am going to start this review stating that I almost passed on this book just because of the cover.  I am not a dog person, but I pick this book up because of the synopsis.  It made me want to learn more about Tessa and see how Hope could help her get through this tough time in her life.   I knew some of what comfort dogs do and I was hopeful that I would learn more.

A Reason for Hope taught me so much.  It showed how a woman who was assaulted can show her strength by taking the tough road and going to the police about her assault.  I cannot even imagine how difficult that could be and by following Tessa through her judicial journey I felt how difficult it was, all the raw emotions that she felt, and the shame that she turned upon herself.   I learned how a comfort dog can make such a huge difference in how a victim can feel.  Just having the dog at her feet brought her comfort as she had to tell her story repeatedly.   There was a feeling of being protected and loved as the dog cuddled up to the victim at their times of stress and fear.

The assault can be a trigger for some people and I was aware through the entire story that while this is a fiction book there is much truth within the story.   I do recommend picking up A Reason for Hope.   Get to know Tessa and see her strength shine through with the support of support dog Hope. 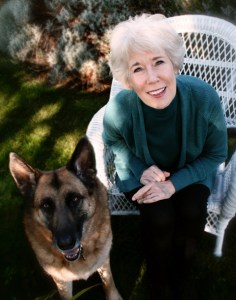 Meet Kristin von Kreisler: (Taken from her website)  Kristin von Kreisler was born on October 4, the feast day of St. Francis of Assisi. All her life she has loved and rescued animals. She has written award-winning books about them and has spoken about their welfare on Coast to Coast to 560 U.S. cities and on the Voice of America to 123 million people.

Kristin decided to write about animals when she rescued a desperate laboratory beagle named Bea.  After a memoir, For Bea, and two critically acclaimed nonfiction books about animal emotion, she moved on to novels that feature beloved dogs and their people facing contemporary problems.  In the national bestseller, An Unexpected Grace, an artist and a golden retriever help each other recover from violence and abuse.  In Kristin’s most recent story, A Reason for Hope, a Labrador retriever courthouse dog comforts a bookmobile librarian as she fights for justice after a grievous assault.

Kristin’s books have been translated into twelve languages, and her articles have appeared in anthologies, textbooks, and the Washington Post, Christian Science Monitor, Los Angeles Times, Stanford Magazine, Publishers Weekly, Woman’s Day, and Reader’s Digest, where she was a staff writer.  She has taught English at the University of Hawaii and journalism at California State University at San Jose.

Kristin lives on an island in Washington with her husband, John, and her black Lab, Ebby. Kristin says she’d rather work in her garden than breathe. Her kale grows to looming giants, and her lavender and catmint are sirens calling bees. From her desk she watches ospreys and seals, and every hour a ferry passes by.  She and John have renovated a historic Victorian farmhouse, where the island’s first postmistress and sheriff once lived with their seven children.