Q & A with Jane Igharo, author of The Sweetest Remedy 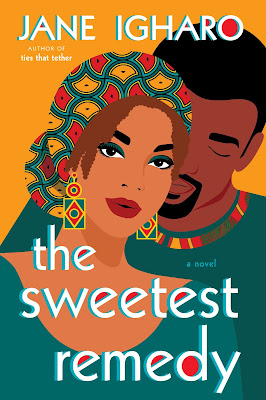 The Sweetest Remedy is about a woman, Hannah Bailey, who travels to Nigeria to attend the funeral of the father she never knew. While there, she meets her family for the first time, some who accept her and some who think she doesn’t belong. She also meets a love interest who helps her to see herself in a new light. At the same time, Hannah discovers a lot about who she is and who she wants to be.

One of my favorite Nollywood movies, Chief Daddy. It’s about the death of the patriarch of a wealthy and prominent family in Lagos. I loved how the family members—all with big personalities—came together for the funeral. It was chaotic, funny, and heartfelt. The movie just really stuck with me, and I thought it would be cool to put a spin on it and make it my own.

Not entirely. But the one thing we have in common is that we’re both writers.

I really enjoyed writing the characters. They were all so different, and getting into their heads was a lot of fun. The biggest challenge was understanding Hannah’s insecurities and weaknesses and trying to make them believable. This was often challenging because I didn’t relate to Hannah’s insecurities as I did with the main character in my debut novel, Ties That Tether. It took a few rounds of edits to truly understand Hannah as a character.

5.     What do you hope readers will take away from reading THE SWEETEST REMEDY?

I hope The Sweetest Remedy will entertain readers and introduce them to an aspect of Nigeria they might have been unaware of.

The Sweetest Remedy by Jane Igharo


From Goodreads:  When a woman travels to Nigeria to attend the funeral of the father she never knew, she meets her extravagant family for the first time, a new and inspiring love interest, and discovers parts of herself she didn't know were missing, from Jane Igharo, the acclaimed author of Ties That Tether.

Hannah Bailey has never known her father, the Nigerian entrepreneur who had a brief relationship with her white mother. Because of this, Hannah has always felt uncertain about part of her identity. When her father dies, she's invited to Nigeria for the funeral. Though she wants to hate the man who abandoned her, she's curious about who he was and where he was from. Searching for answers, Hannah boards a plane to Lagos, Nigeria.

In Banana Island, one of Nigeria's most affluent areas, Hannah meets the Jolades, her late father's prestigious family--some who accept her and some who think she doesn't belong. The days leading up to the funeral are chaotic, but Hannah is soon shaped by secrets that unfold, a culture she never thought she would understand or appreciate, and a man who steals her heart and helps her to see herself in a new light. 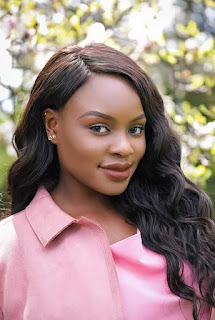 She writes about strong, audacious, beautifully flawed Nigerian women much like the ones in her life. When she isn’t writing, she’s watching “Homecoming” for the hundredth time and trying to match Beyoncé’s vocals to no avail.

Her debut novel Ties That Tether will be released by Berkley (Penguin Random House) in September 2020.