Book Review for A Most Clever Girl by Stephanie Marie Thornton

A Most Clever Girl: A Novel of an American Spy  by   Stephanie Marie Thornton 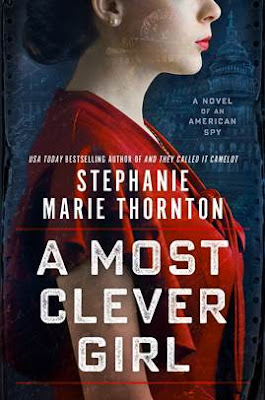 From Goodreads:  A thrilling tale of love, loyalty, and espionage, based on the incredible true story of Elizabeth Bentley, a Cold War double agent spying for the Russians and the United States, from USA Today bestselling author Stephanie Marie Thornton.

1963: Reeling from the death of her mother and President Kennedy's assassination, Catherine Gray shows up on Elizabeth Bentley's doorstep demanding answers to the shocking mystery just uncovered about her family. What she doesn't expect is for Bentley to ensnare her in her own story of becoming a controversial World War II spy and Cold War informer...

Recruited by the American Communist Party to spy on fascists at the outbreak of World War II, a young Bentley--code name Clever Girl--finds she has an unexpected gift for espionage. But after falling desperately in love with her handler, Jacob Golos, Elizabeth makes another unexpected discovery when she learns her lover is actually a Russian spy. Together, they will build the largest Soviet spy network in America and Elizabeth will become its uncrowned Red Spy Queen. However, once the war ends and the U.S. and U.S.S.R. become embroiled in the Cold War, it is Elizabeth who will dangerously clash with the NKVD, the brutal Soviet espionage agency.

As Catherine listens to Elizabeth's harrowing tale, she empathizes with her, that is, until she uncovers startling revelations that link the two women's lives in shocking ways. Faced with the idea that her entire existence is based on a lie, Catherine realizes there can be many sides to the truth. And only Elizabeth Bentley can tell her what that truth really is.

My Thoughts:   Stephanie Marie Thornton is one of my most favorite historical fiction writers.   With each book of hers, I learn more about history while also finding a book that I cannot put down.   The characters come to life as I learn about the life of Elizabeth Bentley.  I had never heard of her so everything I read was new to me and I loved it.

I loved seeing a young woman who was quiet and friendless come into her own as a Russian Spy.    She learned skills that most women would not even consider.    Her story continues as she meets her soul mate, learns new skills, and then must fight to stay alive and out of prison. Elizabeth Bentley told her own story, some of which may not be the entire truth, only because she was being threatened by Catherine.

Catherine, oh what a character.  She is looking for vengeance for her mother and thinks that Elizabeth is the only way to get it.  I liked her fire for finding the truth and her belief that Elizabeth will give her that truth.  She took what Elizabeth told her and then considered what else she needed to know.    Her heart shined through as she learned her history and figured out what the future should look like.

The Most Clever Girl is an amazing book.  The history is rich with detail, the characters are likable and realistic, and the story is full of details that will bring the story to life.

**Thank you Tara O'Connor at Penguin Random House for a copy of the book via NetGalley in exchange for my honest review. 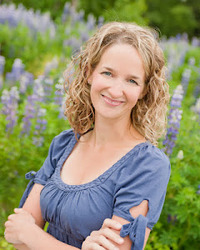 Meet Stephanie Marie Thornton:  I’m a writer and high school history teacher who has been obsessed with infamous women from history since I was twelve. My newest book, A Most Clever Girl: A Novel of an American Spy is a thrilling novel of love, loyalty, and espionage, based on the incredible true story of Elizabeth Bentley, a Cold War double agent spying for the Russians and the United States.

Prior to turning my attention to the Cold War, I wrote about two women closely connected to the White House. And They Called It Camelot: A Novel of Jacqueline Bouvier Kennedy Onassis is an intimate portrait of America’s most iconic First Lady while American Princess: A Novel of First Daughter Alice Roosevelt, tells the story of Theodore Roosevelt’s hellion of a daughter and how she became Washington’s Other Monument.

My first two novels, The Secret History: A Novel of Empress Theodora and Daughter of the Gods: A Novel of Ancient Egypt reimagine the lives of two of history’s forgotten women: Theodora of the Byzantine Empire and Pharaoh Hatshepsut.

My third and fourth books center around the women who stood behind the greatest conquerors the world has ever seen. The Tiger Queens is the story of Genghis Khan’s wife and daughters, while The Conqueror’s Wife tells of the women who both loved and hated Alexander the Great. With my love of the ancient world, I also joined the H Team to help pen a collaborative novel, Song of War: A Novel of Troy in which I put a new spin on the story of Cassandra, King Priam’s cursed seer of a daughter.

I live with my husband and daughter in Alaska, where I’m always working on my next novel. 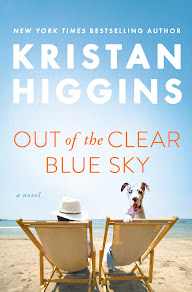