Spotlight for WHAT A HAPPY FAMILY by Saumya Dave

WHAT A HAPPY FAMILY by Saumya Dave 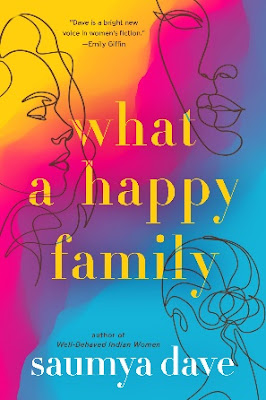 Nestled in the suburbs of Atlanta, a family learns the funniest punchlines can hide the hardest truths in this evocative women’s fiction novel from the author of Well-Behaved Indian Women

From the outside, the Joshi family is the quintessential Indian-American family. Decades ago, Bina and Deepak immigrated to America, where she became a pillar of their local Indian community and he, a successful psychiatrist. Their eldest daughter, Suhani, is following the footsteps of her father’s career and happily married. Natasha, their middle daughter, is about to become engaged to the son of longtime family friends. And Anuj, their son—well he’s a son and what could be better than that?

But a family scandal shows that nothing is as it seems. Bina’s oldest friendship starts to unravel and she finds herself as an outsider in the community she helped build. Suhani discovers that her perfect marriage isn’t as solid as she thought. Natasha faces a series of rejections that send her into a downward spiral.

As they encounter public humiliation, gossiping aunties, and self-doubt, the Joshi family must rely on each other like never before. But sometimes, family has to fall apart in order to come back stronger than before. 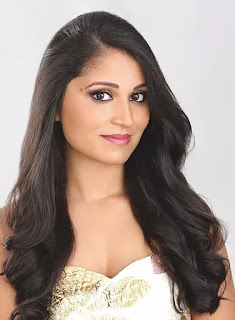 As a writer, she enjoys exploring the unique dynamics that exist in immigrant families. Her second novel, What a Happy Family, will be published in June 2021. Her debut novel, Well-Behaved Indian Women, was featured in The New York Times Book Review, ELLE, Bustle, Buzzfeed, and more. Saumya's essays, articles, and poetry have been in outlets including The New York Times, ABC News, Refinery29, and HuffPost, among others.

Saumya has a passion for women’s mental health and wellness. She and her husband, Samir Sheth, founded thisisforHER, a nonprofit which uses art therapy to improve mental health awareness and education for women and girls in low- and middle-income countries. She is a practicing therapist, as well as an Adjunct Professor of Psychiatry at Mount Sinai, where she teaches Narrative Medicine.

Saumya was born in India and grew up in Atlanta. In her seventh-grade journal, she wrote: "I will be a psychiatrist and writer someday". She is a graduate of Georgia Tech and the Medical College of Georgia, where she was an inductee into the Gold Humanism Honor Society. She completed her Psychiatry Residency at Mount Sinai Beth Israel, where she was a Chief Resident and an inductee into the AΩA Medical Honors Society. She completed a Psychoanalytic Fellowship with the New York Psychoanalytic Society and Institute.