Today we have the cover reveal for BREAKING THE HABIT by Ember Leigh! Check out the beautiful cover and pre-order your copy today! 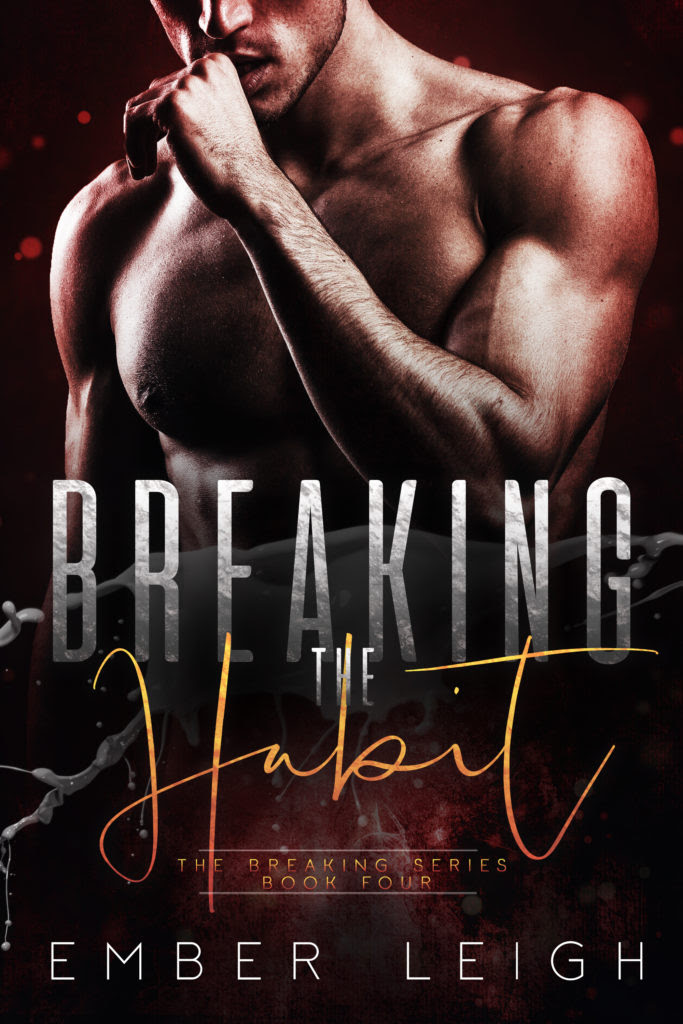 About BREAKING THE HABIT:

He’s on a war path to fame.   And Levi Swain doesn’t care who knows it. The more people that know him, the better. As the hottest MMA rising star, opportunities are materializing out of thin air. When a wealthy sponsor approaches him, looking to have Levi cause a tabloid-worthy scandal, Levi only knows how to say yes. He didn’t come to war to lose.   Except he never counted on meeting Riley. The glam-shy bombshell who won’t touch fame with a ten-foot selfie stick. Levi planned on her ending up another notch on the bedpost, where every girl ends up. Instead, Riley is everything he wasn’t looking for. The artistic dark angel who can knock him out faster than a middleweight champion with just one glance.   Out here in Hollywood? He can have fame, or he can have true love.   But he can’t have both.


Catch up on the rest of the Breaking Series!

Riley blinked at the swirls of her name freshly inked on a contract that she and Travis and Levi had drawn up. She wanted it to cover her ass. She trusted Travis, but Levi was a wild card. She could see it in the molten glint in his eye, the undercurrent of lust or mischief or something that set her on edge faster than an errant grope in the nightclub. Her body responded to him way more than she wanted. She was on a self-imposed hiatus from men, ever since her shitty ex had made her private life go viral. It took time to recover from deception like that. Like maybe an entire lifetime. Which meant Levi, the epitome of a Hollywood newbie hungry for the spotlight, couldn’t get anywhere near her. No matter how much those abs whispered sweet nothings to her. “We’re legit!” Levi raised his fists in the air. “Welcome aboard, Riley. My professional MMA photographer.” She could only manage a small smile. At least he was wearing a shirt today. Hiding his body from view helped things slightly, but the white tee clung to his shoulders and biceps in a way that only reminded her of the sculpted expanses below. And dammit, she wanted to see those freckles again. “You’ve got to be at least a little excited,” Levi said. “This is going to be interesting. And very different from what I normally do.” She paused, drumming her nails against the table. “I hope I can, you know?” “Riley, we just met, but I believe in you one hundred percent.” Levi’s sincere tone made her pause. She dragged her gaze up to his. What was this guy’s deal? He was some sort of inspirational, happy-go-lucky hunk. “Thanks.” “But if you need help on anything, let me know.” He leaned back in his chair, resting his palms behind his head. It made his shirt stretch tighter over those biceps. Knocked the wind right out of her. “I appreciate that.” “I’m available for…anything, really.” And there it was. The smirk that promised so much more. Frustration burbled hot inside her. “I do have one consideration so far, during my first day on the job. Did you or did you not hire me because you want to fuck?” Levi’s eyes widened, and he slammed his chair back to the ground with a loud thud. “Fuck?” The fake astonishment pushed his voice to a falsetto. It was almost funny. Almost. “Like…the two of us having sex?” “You heard me.” “It hadn’t even occurred to me.” He paused. “Today.” “That’s quaint. But please know—this is a job for me. You need to keep your hands to yourself.” She jabbed her index finger toward him for good measure. Made her feel like she was driving the point home. “Got it?” Levi raised his palms in submission. “Never thought otherwise.” The way his cinnamon gaze settled on her was the only sign she needed. No matter how badly she’d been burnt the last time around, if she gave her heart an inch, it would take a mile. Levi wouldn’t even get a millimeter.