Guest Post from Jode Millman author of The Midnight Call

The Birth of a Character by Jodé Millman

I always knew that the protagonist of my novel, THE MIDNIGHT CALL, would be a female attorney. I can’t claim that the idea was divine inspiration. I knew that Jessie Martin, Esq. would be the central character in my novel from the instant that I decided to fictionalize the true story of a murder committed in my hometown of Poughkeepsie, N.Y. The true crime, the murder of a teenager by a popular high school teacher that was committed in 1979, hit home to me, but the perpetrator, victim, attorneys, police and judges involved in the real crime were men. To make the story my own, I twisted some of the key elements of the crime. I decided to make the protagonist a female and show her world crumble as the result of her loyalty and betrayals by people she loved and trusted. This would be Jessie Martin’s story.
Being a debut novelist, I wanted to write what I knew and being a female attorney in a male-dominated profession was something that I’d lived and breathed for decades. While the gender politics within the legal profession have changed since I attended law school, the American Bar Association reports that in 2018 only thirty-five percent of all lawyers were female. I wanted Jessie Martin, Esq., a relative rookie attorney, to feel the pressure of the bias and struggle against it, creating the tension that she must constantly prove herself, overachieve, to attain her goal of partnership.
Once Jessie answered the midnight call, made the decision to rush to the aid of her friend, teacher and confidante, Terrence Butterfield, when he commited murder, the ancillary issues of Jessie’s life came into play. Considering the factors that could raise the stakes for a young woman, the answers became clear. A troubled pregnancy. A strained relationship. Betrayal by a loved one. Two old loves resurfacing - one good, one evil. I wanted Jessie’s life to become messy, like real life, so readers could sympathize with her, root for her successes and forgive her failures.
The external influences upon Jessie’s life forced her to discover who she was as a person and to establish her priorities in life. As a character Jessie evolved and grew as she and I learned from each other. She developed a mind of her own, deciding her fate on the computer screen and, ultimately, on the page.
Like a parent, I gave birth to the character of Jessie Martin. However, she grew into a strong, self-reliant, and occasionally frustrating, character who draws the reader in as she risks her life, career, love and her unborn child for justice. 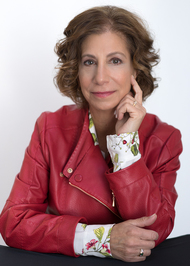 Jodé Millman is the author of the best-selling Seats: New York Theatre guidebooks. Her Debut novel, THE MIDNIGHT CALL, was short-listed for the Clue Award and was designated as “Best Police Procedural” by Chantireviews.com. She is an attorney, blogs about publishing law, and the co-host and co-producer of the popular podcast, Backstage with the Bardavon (available on iTunes, Spotify and GooglePlay). Jodé lives with her family in the Hudson Valley, where she is at work on her next novel.

About The Midnight Call 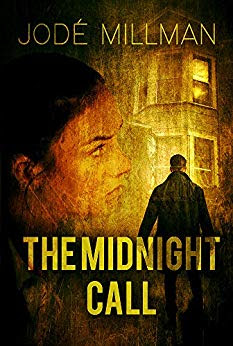 Late one August night, Jessie’s lifelong mentor and friend—and presently a popular, charismatic, and handsome high school teacher—Terrence Butterfield calls. He utters a startling admission: he’s killed someone. He pleads for Jessie’s help, so out of loyalty she rushes to his aid completely unaware that she’s risking her relationship, her career, and her life—and that of her unborn child—to help Terrence. Does Jessie’s presence at Terrence’s home implicate her in the gruesome murder of the teenage boy found in the basement? Why does Terrence betray Jessie when he has a chance to exonerate her of any charges? Has he been a monster in disguise for all these years? To reclaim her life and prove her innocence, Jessie must untangle the web of lies and reveal the shocking truths behind the homicide. This quest turns out to be the fight of her life: to preserve everything and everyone she holds dear.